Accessibility links
Why the Rest of the World Plays Soccer Ever wonder why it's called the "World" Series? With baseball played almost nowhere else, it might be more aptly termed the "American" Series. The world's pastime would be better identified as... soccer. Or "football," depending on where you live. But why is America's pastime different from the rest of the world's?

Listen
Why the Rest of the World Plays Soccer 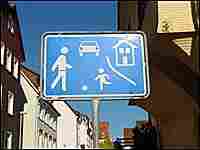 A sign in Germany signals a soccer-playing village ahead. iStock hide caption

Why is America's pastime different from the rest of the world's? Two economists examine this question in National Pastime: How Americans Play Baseball and the Rest of the World Plays Soccer. Culture and history have a role to play, the authors argue, but some of the most important explanations for how these sports have evolved are economic.

Excerpt from 'National Pastime: How Americans Play Baseball and the Rest of the World Plays Soccer'

When British soldiers in Afghanistan and southern Iraq wanted to befriend the locals, they played a soccer match. On Christmas Day, 1914, British and German soldiers in the First World War trenches did the same thing. For nearly 100 years soccer has united a divided world -- apart from the world's hyperpower, the United States. You can buy a McDonald's Big Mac on the Champs-Elysées and anything from anywhere in the world on Fifth Avenue, but American sporting culture and the world soccer culture do not mix.

In his book Take Time for Paradise, former commissioner of Major League Baseball and president of Yale University Bart Giamatti wrote: "It has long been my conviction that we can learn far more about the conditions, and values, of a society by contemplating how it chooses to play, to use its free time, to take its leisure, than by examining how it goes about its work." Sport reflects culture. If the culture of baseball is American, the culture of soccer has been largely fashioned in Europe. Soccer was formalized in England in the mid-nineteenth century and rapidly spread to Europe and South America. The dominant influences, however, have been European. The gulf between European and American values is nowhere more evident than in the gulf between the cultures of soccer and baseball.

Soccer is the world's dominant sport, but only baseball has a World Series. The Soccer World Cup draws an audience larger than the Olympics, but barely registers with American viewers. The antipathy that many Americans feel for the way soccer is played is matched only by the distaste of many Europeans for the American style of play. Many Americans scorn the fact that feeble teams can often win in soccer by concentrating only on defense (they see this as unfair), they snicker that one-third of games end in a tie (because every game should have a winner!), and they are appalled that star players like David Beckham are traded like horsemeat from one team to another, often leaving their home country (such players are disloyal). For their part, Europeans cannot believe that a national sport would change its rules to suit TV, permit lousy teams to continue in the league (even rewarding them with earlier draft picks), or dictate through the draft system which team a player can join. Americans and Europeans have absorbed the structure and rules of their sports into their psyches, turning the arbitrary rules of nineteenth-century administrators into a way of life. 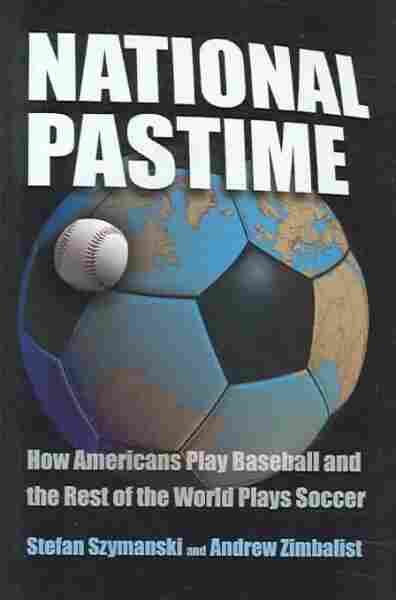 by Stefan Szymanski and Andrew Zimbalist