Accessibility links
Real Estate and 'Irrational Exuberance' More and more home owners are refinancing, and a full quarter of homes sold last year went to investors instead of live-in homeowners. How long can this hot market last, and when it ends, are we looking at a minor chill, or a full-blown ice age? 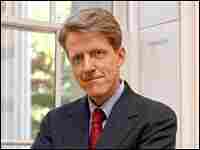 More and more home owners are refinancing, and a full quarter of homes sold last year went to investors instead of live-in homeowners. How long can this hot market last, and when it ends, are we looking at a minor chill, or a full-blown ice age?

Chapter One of 'Irrational Exuberance'

Robert Shiller, professor of economics at Yale University. The new edition of his book, Irrational Exuberance, adds real estate to his analysis of the stock market

The issues that are treated in this book are serious, and of continuing relevance today. People in much of the world are still overconfident that the stock market, and in many places the housing market, will do extremely well, and this overconfidence can lead to instability. Significant further rises in these markets could lead, eventually, to even more significant declines. The bad outcome could be that eventual declines would result in a substantial increase in the rate of personal bankruptcies, which could lead to a secondary string of bankruptcies of financial institutions as well. Another long-run consequence could be a decline in consumer and business confidence, and another, possibly worldwide, recession. This extreme outcome -- like the situation in Japan since 1990 writ large -- is not inevitable, but it is a much more serious risk than is widely acknowledged.

Lest raising these possibilities seem alarmist, one should note that we are already living with some of the unpleasant repercussions of past overconfidence. The stock markets of many countries dropped by roughly half from their peak around 2000 by 2002 or 2003, and have rebounded only a little. Overinvestment by corporations, encouraged by the booming stock market, led to a collapse of investment spending in the early years of the twenty-first century, and to a worldwide recession.

The boom years of the 1990s created a business atmosphere akin to a gold rush, and led many people to distort their business decisions, the results of which will weigh upon us for many years to come. Part of this change in business atmosphere was a decline in ethical standards, a decline in the belief in integrity, honesty, patience, and trust in business. A string of scandals affecting corporate boards, accounting firms, and mutual funds surfaced after the market dropped.

These extravagant years eventually led to severe budgetary problems for governments, both national and local. In the 1990s -- with the stock market going up, investors reaping capital gains, and the economy booming -- tax revenues rose, and many governments found it difficult to restrain increases in expenditures. After the stock market decline, tax revenues fell, throwing many governments into severe deficit crises. The average government financial deficit among member countries in the Organization for Economic Cooperation and Development deteriorated from 0.0% of gross domestic product in 2000 to 3.6% in 2004. The government deficits have in turn led to troubled attempts to restrain spending, with uneven consequences for different constituencies.

An additional consequence of the intense stock market boom of the late 1990s was the home price boom, which began around 1997 or 1998 and then intensified after 2000 throughout many countries of the world. The home price boom appears to have begun around the time in 1997 that the stock market boom was engendering a proliferation of "new era" theories about the economy, and it is still going very strongly in many cities despite a stock market correction. We have yet to see the full consequences of these price changes.

Speculative instability appears to be increasingly important to the world economy. We are focusing more intently on the unpredictable markets. It is not that the existing stock markets are demonstrably becoming more volatile. Volatility occurs in spurts, so it is hard to discern a clear uptrend. But at least the number of people participating in these markets is increasing, and the scope of speculative markets, the kind of risks that are traded, is broadening. More and more electronic markets are being created every year, trading a wider and wider range of risks, and more and more people, in both advanced and emerging countries, are being drawn in to participate in these markets.

People will increasingly fear that their livelihoods really depend on their wealth, wealth that is highly unstable because of market changes. So, over the longer run, people will increasingly pay attention to market movements. There is an increasing perception that the price of assets matters very much to our lives. People increasingly believe that they must defend their private property and doubt that they can depend on social institutions to save them if things turn out badly. They see merciless capitalism as the wave of the future.

There is a name for this economic system -- "the ownership society" -- and President George W. Bush, among others, likes to use this term. People must take ownership of their own future, and plan for their future as property owners in many senses of the word. There is indeed much to be said for the ownership society in terms of its ability to promote economic growth. But by its very nature it also invites speculation, and, filtered through the vagaries of human psychology, it creates a horde of risks that we must somehow try to manage.

I do not know the future, and I cannot accurately predict the ups and downs of the markets. But I do know that, despite a significant slip in confidence since 2000, people still place too much confidence in the markets and have too strong a belief that paying attention to the gyrations in their investments will someday make them rich, and so they do not make conservative preparations for possible bad outcomes. 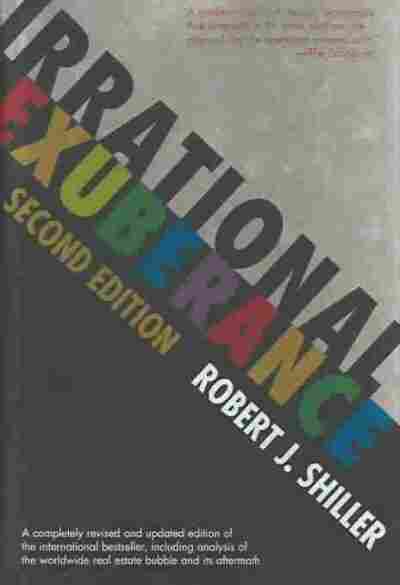