Song of the Day: 'There She Goes' by the La's

Song of the Day: 'There She Goes' by the La's

As Selected by Death Cab for Cutie Frontman Ben Gibbard 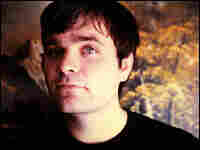 Ben Gibbard is the frontman for Death Cab for Cutie and half of the electronica duo Postal Service. hide caption 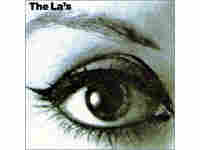 Today's featured selection appears on a self-titled CD by the La's. hide caption

Listen to 'There She Goes'

While I find what I consider the perfect song to be relative to the constantly changing moods and emotions in my life, the one song I constantly come back to is 'There She Goes' by the La's. It defines the perfectly written pop song: an instantaneously recognizable melody and lyric set to simple, economic musical structure. It is such a simple song that it boggles the mind that someone hadn't already written it. Regardless, for just over two minutes, 'There She Goes' lifts me off the ground and removes the troubles from my mind in a way no other song has ever done. Even when I hear it now, I feel the same sense of joy and elation I did when I heard it for the first time nearly 15 years ago. I can only hope that I have the ability to write a song that has the same effect on someone else.

Album
The La's
Artist
The La's