Only Available in Archive Formats.
View the Preview Playlist 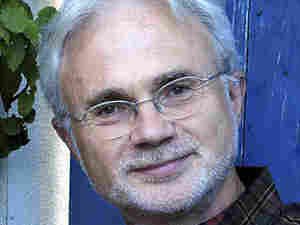 For the opening installment in this series of special concerts, NPR takes listeners inside Carnegie Hall for a preview of the coming Creators at Carnegie season, featuring performances by Randy Newman, Emmylou Harris (left), Steve Earle, Youssou N'Dour, the Kronos Quartet and Bill Frisell.

The American composer and conductor may be best known for his two operas, Nixon in China and The Death of Klinghoffer, both written with poet Alice Goodman and among the most performed operas in recent history.

In 2002, Adams composed On the Transmigration of Souls for the New York Philharmonic, in commemoration of the first anniversary of the World Trade Center attacks. This work received the 2003 Pulitzer Prize for Music.

Beginning with highlights from the first Zankel Hall concert on September 12, 2003, which Adams programmed and conducted, the show also includes a sampling of the composer's works, as well as an interview with this versatile artist.

Conducting young musicians handpicked for the concert, Adams inaugurated Carnegie Hall's newest performance space with music by some of his favorite composers: Charles Ives, Lou Harrison, Thomas Adès, and Esa-Pekka Salonen. That evening's concert was the first of seven that Adams curated, using his wide-ranging musical taste to guide the program.

In an interview with NPR's Fred Child, Adams says he chose not to include his own music in the Zankel Hall opening in part because of a recent three-month festival of his work presented by Lincoln Center. In addition, Adams mentioned that in programming the concert he wanted "to make the case for how broad the spectrum in this country is [for new music]."

As part of Zankel Hall's new season, Adams has instituted a series of encounters with architects, filmmakers, videographers and other artists outside the world of music.

"As a creative person who's constantly involved in the tortures and the ecstasies of the creative process," Adams says, "(I) can talk to somebody across a discipline... and see if the creative process is different in another art form, or whether we all go through the same fundamental, sort of biological growth patterns."

John Adams on the Web
Creators at Carnegie: John Adams at Time.com