Accessibility links
Lisa Couturier, Exploring 'The Hopes of Snakes' Many animals, including some exotic ones, flourish along the margins of suburban development: red-tailed hawks, coyotes, snakes. Lisa Couturier tells Jennifer Ludden about her book The Hopes of Snakes. It weaves stories of animals with the lives of humans around them.

Many animals, including some exotic ones, flourish along the margins of suburban development: red-tailed hawks, coyotes, snakes. 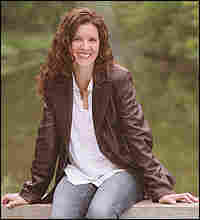 The author reads a passage about watching crows with her daughter.

Lisa Couturier's book The Hopes of Snakes weaves together the stories of such animals and the human lives around them. She tells Jennifer Ludden about a fascination with animals that began at an early age.

Read an excerpt from the book:

From The Hopes of Snakes

"For All the Girls Who Couldn't Walk into the Woods"

There was a woman who lived alone in the woods in a wooden house with many large windows and no curtains. But this woman's tale cannot be told until the stories of older woods -- those of the branches, thickets, soils, and creeks that tangle through me like my own blood -- are in some small way recalled. And so it will be best to start nearer the end, in the Galapagos Islands of all places, where, however dangerously, I strode through shallow waters of white-tipped reef sharks on my way to a cave at the edge of the sea. From the entrance of the cave I could see more closely the male Galapagos sea lions patrolling the watery lines of their ocean territories during the season of their females -- harems of female sea lions on the blood-blotted beach, mothers engaged in birthing or nursing, mothers protecting their pups from roaming male sea lions. Adult males who, when one crossed the blue boundary of another, collided their massive, brown seven-hundred-pound bodies into frothy wars of biting and snorting until the water or beach was pockmarked with blood. I seem always to remember blood.

Such was the case of the male sea lion lounging during the late orange sun of the day, on a different island. My sudden presence near the shadows of the sea lion startled it and it rose, waiting a few minutes to get a bearing and to stare at the breaking waves, before heading toward the green and turbulent sea. Crossing the water-line, relentless and chaotic waves crashed over the sea lion, throwing it onto the hard edges of ancient black stone. When it regained its footing, another sea lion slid up out of dark and churning waters and, in what appeared to be a challenge for the rock, the animals bit and spat, fell, twisted, barked. They kept wrestling, these two sea lions, as the sun began setting beyond their blood-stained necks; and I walked away feeling that this sleepy, besieged sea lion and I now had something in common: We both knew that there is only one way to wake up -- immediately aware of the world, fighting for your life as if it mattered.

Truth is, this sort of sea lion life had been, for years and years, mine. Prior to traveling foreign lands, and even before I would come to the woods of the woman's house with many windows, I had traveled through a landscape of my own frothy wars in the place I'd grown up: the suburbs of Washington, D.C., where the clash between predators and between predator and prey first became familiar. Of course it was not supposed to be this way. And looking in from the outside, it was, most likely, an invisible conflict. Should you ask anyone I knew back then to recount the events I am talking about they would say that "boys will be boys," a phrase which forgives, or at the very least denies, the occurrence of assault. But to be accurate I will have to condense a long stretch of childhood and go to the time of the old woods, to the time my brother was young and a dog was killed. 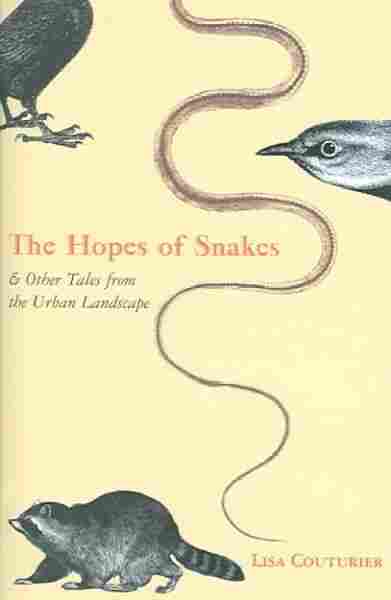 The Hopes Of Snakes

And Other Tales From The Urban Landscape