Accessibility links
Kazuo Ishiguro: 'Never Let Me Go' Ishiguro, born in Great Britain, is a master of the very English genre of quiet desperation. Never Let Me Go, is a deceptively simple tale set in a bucolic private school that eventually reveals its horrible secret. 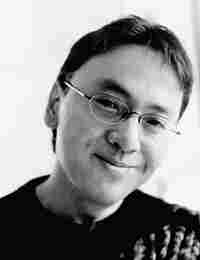 Kazuo Ishiguro first rose to fame with his novel Remains of the Day, which was made into a film starring Anthony Hopkins. Emily Mott hide caption 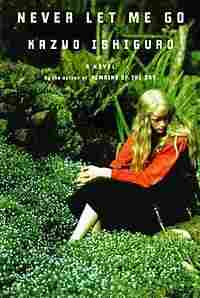 Web Extra: Ishiguro reads another passage from his latest novel

Never Let Me Go is the sixth novel by Kazuo Ishiguro, best known for The Remains of the Day -- a book of quiet desperation in a British household, brought to life on the screen by actor Anthony Hopkins.

The author, born to Japanese parents in Great Britain, talks with Karen Grigsby Bates about his latest work, praised by critics as a deceptively simple tale set in a private school in the English countryside, where nothing is as it seems and the horrible truth is slowly revealed.

From Never Let Me Go by Kazuo Ishiguro

My name is Kathy H. I'm thirty-one years old, and I've been a carer now for over eleven years. That sounds long enough, I know, but actually they want me to go on for another eight months, until the end of this year. That'll make it almost exactly twelve years. Now I know my being a carer so long isn't necessarily because they think I'm fantastic at what I do. There are some really good carers who've been told to stop after just two or three years. And I can think of one carer at least who went on for all of fourteen years despite being a complete waste of space. So I'm not trying to boast. But then I do know for a fact they've been pleased with my work, and by and large, I have too. My donors have always tended to do much better than expected. Their recovery times have been impressive, and hardly any of them have been classified as "agitated," even before fourth donation. Okay, maybe I am boasting now. But it means a lot to me, being able to do my work well, especially that bit about my donors staying "calm." I've developed a kind of instinct around donors. I know when to hang around and comfort them, when to leave them to themselves; when to listen to everything they have to say, and when just to shrug and tell them to snap out of it.

Anyway, I'm not making any big claims for myself. I know carers, working now, who are just as good and don't get half the credit. If you're one of them, I can understand how you might get resentful -- about my bedsit, my car, above all, the way I get to pick and choose who I look after. And I'm a Hailsham student -- which is enough by itself sometimes to get people's backs up. Kathy H., they say, she gets to pick and choose, and she always chooses her own kind: people from Hailsham, or one of the other privileged estates. No wonder she has a great record. I've heard it said enough, so I'm sure you've heard it plenty more, and maybe there's something in it. But I'm not the first to be allowed to pick and choose, and I doubt if I'll be the last. And anyway, I've done my share of looking after donors brought up in every kind of place. By the time I finish, remember, I'll have done twelve years of this, and it's only for the last six they've let me choose.

And why shouldn't they? Carers aren't machines. You try and do your best for every donor, but in the end, it wears you down. You don't have unlimited patience and energy. So when you get a chance to choose, of course, you choose your own kind. That's natural. There's no way I could have gone on for as long as I have if I'd stopped feeling for my donors every step of the way. And anyway, if I'd never started choosing, how would I ever have got close again to Ruth and Tommy after all those years?

But these days, of course, there are fewer and fewer donors left who I remember, and so in practice, I haven't been choosing that much. As I say, the work gets a lot harder when you don't have that deeper link with the donor, and though I'll miss being a carer, it feels just about right to be finishing at last come the end of the year.

Ruth, incidentally, was only the third or fourth donor I got to choose. She already had a carer assigned to her at the time, and I remember it taking a bit of nerve on my part. But in the end I managed it, and the instant I saw her again, at that recovery centre in Dover, all our differences -- while they didn't exactly vanish -- seemed not nearly as important as all the other things: like the fact that we'd grown up together at Hailsham, the fact that we knew and remembered things no one else did. It's ever since then, I suppose, I started seeking out for my donors people from the past, and whenever I could, people from Hailsham.

There have been times over the years when I've tried to leave Hailsham behind, when I've told myself I shouldn't look back so much. But then there came a point when I just stopped resisting. It had to do with this particular donor I had once, in my third year as a carer; it was his reaction when I mentioned I was from Hailsham. He'd just come through his third donation, it hadn't gone well, and he must have known he wasn't going to make it. He could hardly breathe, but he looked towards me and said: "Hailsham. I bet that was a beautiful place." Then the next morning, when I was making conversation to keep his mind off it all, and I asked where he'd grown up, he mentioned some place in Dorset and his face beneath the blotches went into a completely new kind of grimace. And I realised then how desperately he didn't want reminded. Instead, he wanted to hear about Hailsham.

So over the next five or six days, I told him whatever he wanted to know, and he'd lie there, all hooked up, a gentle smile breaking through. He'd ask me about the big things and the little things. About our guardians, about how we each had our own collection chests under our beds, the football, the rounders, the little path that took you all round the outside of the main house, round all its nooks and crannies, the duck pond, the food, the view from the Art Room over the fields on a foggy morning. Sometimes he'd make me say things over and over; things I'd told him only the day before, he'd ask about like I'd never told him. "Did you have a sports pavilion?" "Which guardian was your special favourite?" At first I thought this was just the drugs, but then I realised his mind was clear enough. What he wanted was not just to hear about Hailsham, but to remember Hailsham, just like it had been his own childhood. He knew he was close to completing and so that's what he was doing: getting me to describe things to him, so they'd really sink in, so that maybe during those sleepless nights, with the drugs and the pain and the exhaustion, the line would blur between what were my memories and what were his. That was when I first understood, really understood, just how lucky we'd been -- Tommy, Ruth, me, all the rest of us. 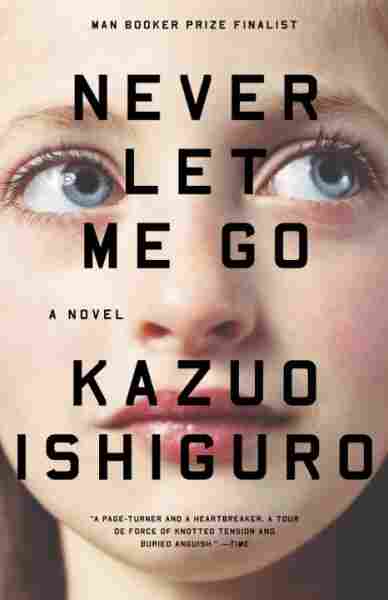