Accessibility links
Q&A: Exploring the Rise of Religious Universities Naomi Schaefer Riley is a journalist and adjunct fellow at the Ethics and Public Policy Center, a think tank promoting the role of religion in domestic and foreign policy issues. In her new book God on the Quad, she explores the rise of religious colleges in America. 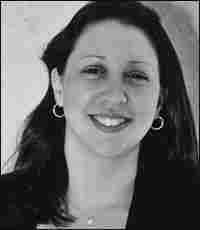 Naomi Schaefer Riley is a journalist and adjunct fellow at the Ethics and Public Policy Center, a policy think tank that promotes the role of religion in domestic and foreign policy issues. Riley has written for the Wall Street Journal, Boston Globe, The New York Times and many other publications. In her new book God on the Quad, she explores the rise of religious colleges in America. She talked to NPR's Tal Barak about what she learned:

Q: What prompted you to write this book?

I wrote a story about two schools that opened up in the fall of 2000, the Ave Maria School of Law, a new Catholic law school in Michigan, and Patrick Henry College, a new evangelical college for home-schooled kids. I was struck by a few things while researching the story. First, that people were opening up new colleges at all -- don't we have enough? I figured these folks must have a pretty particular idea of what they want in a college if they are willing to go to such lengths.

The second thing I noticed was that the students at these schools were very bright and they were turning down good, well-known -- sometimes Ivy League -- schools to attend these instead. And third, I noticed the mission. Both schools seemed determined not to turn into religious ghettos. Rather, they wanted their graduates to really go out into the culture and change it from the inside.

When I came home from doing the research, I found that schools like Patrick Henry and Ave Maria were growing at a very rapid pace (Evangelical college enrollment grew 60 percent between 1990 and 2002, while enrollment at other private and public schools remained stagnant), and I thought it would be worth looking at the trend as a whole. So I visited 20 different religious schools, including Yeshiva, Bob Jones, Brigham Young, and even a Buddhist school called Soka University, in order to find out why this population was growing.

Q: In your journey through conservative universities, what did you learn about the missionary generation?

I'm not sure I would refer to them as simply conservative. What defines them is their religious identity more than their political one. I think the missionary generation, made up of tens of thousands of students who graduate from religious colleges every year, is a very impressive one. They are very motivated. They go at their studies with a sense of purpose that many professors report they haven't found at secular schools. In practical terms, these students challenge what has become, since the 60s, the typical model of college-student behavior. They don't spend their college years experimenting with sex or drugs. They marry early and plan ahead for family life. They oppose sex outside of marriage and homosexual relationships. Most dress modestly and don't drink, use drugs, or smoke. They study hard, leaving little time for "sitting in" or "walking out." Most vote, and a good number join the Army. They are also becoming lawyers, doctors, politicians, college professors, businessmen, psychologists, accountants and philanthropists in the cultural and political centers of the country. While they would disagree among themselves about what it means to be a religious person, it is assumed that trying to live by a set of rules, generally one laid down in scripture, is the prerequisite for a healthy, productive and moral life.

Q: Are they going to change American society? How?

I think there is a good chance they will change American society. They have a pretty good idea by the time they leave college what kind of vocation they will choose and how they can bring an ethical perspective to bear on it. They are determined to have careers in the highest echelons of our elite institutions, and they also are moving increasingly to the cultural and political centers of the country. To offer one example, there were about 100 graduates of Brigham Young University living in the Northeast 10 years ago. Today, there are 3,000. It's not a lot when you compare it to the whole population, but many of them are at top universities, particularly in business schools.

Q: What do you think is driving the growth of this missionary generation?

I think there are a couple of factors. First, I don't think you can discount the fact that strongly religious students are often not treated very well at secular universities. From the Orthodox Jews who sued Yale a few years ago because they didn't want to have to live with half-naked members of the opposite sex running around the dorm, to Christian groups that are censured for not allowing homosexuals to lead their organizations, secular campus life is often not conducive to leading a religious life. And then there are the professors who regularly mock religious views in the classroom.

But I think there are some positive factors at work here as well. First, a lot of evangelical colleges have become much more intellectually rigorous in recent years. Second, I think a lot of students are really longing for a greater discussion of religious and spiritual issues in college. A recent UCLA survey on spirituality in higher education found 75 percent of undergraduates were "searching for meaning or purpose in life," while 78 percent discuss religion and spirituality with their friends. But only 8 percent of the students in the same survey reported that their professors frequently encourage classroom discussion of religious or spiritual matters or provide opportunities to discuss the purpose or meaning of life.

Third, of course, the greatest religious growth in this country has been from the faiths that demand the most of their members, and religious colleges are catering to that group.

Q: How different are these schools from the secular ones?

I think the whole understanding of the purpose of higher education is different at religious colleges. Our culture enforces the idea that college is a time for rebellion, and that students are supposed to spend their time protesting or experimenting in behaviors their parents wouldn't approve of. At religious colleges, students by and large seem to think their parents brought them up pretty well, and they're in college because God wants them to develop their intellect.

Q: Have you also explored the rise in students attending conservative Christian law schools? What do you see as its possible repercussions?

I visited two Christian law schools, Ave Maria and Regent University. I would say that students at these schools are getting a very competent legal education. A greater percentage of Ave Maria's students passed the bar than any other law school in the state (including the University of Michigan).

In addition to their legal education, though, they are getting an education in the Judeo-Christian foundations of our law. There are those who would say that reading Aristotle or Aquinas is not part of a law school curriculum, but I see no evidence that these students are planning to turn this country into a theocracy. If anything, I would say this missionary generation has a better understanding than, say, the Religious Right of the 1980s, about the separation of religious and secular law in a liberal constitutional republic.

Q: Why is it, in your opinion, that many people out there are not aware of this growing population?

Well, for the most part, the media don't cover religion very well at all. When they write about religious communities, it's generally in a "Look at these strange creatures!" or a "How did those folks steal the election?" kind of way. And there's certainly no attempt to take religious people seriously on an intellectual level so the assumption is that religious colleges must be stomping grounds for the intellectually backward.

Q: Is there much diversity of opinions in these schools?

As far as political opinions go, there's not a large amount, but there's some. I visited a range of schools, so it's hard to offer a blanket answer. There aren't very many people on the Brigham Young campus voting for a Democrat, but plenty of people at Notre Dame are. There is some disagreement on religious campuses about things like foreign policy, but there is almost universal agreement that faith has a place in public debate. Most people think abortion is wrong, but they're a little more accepting of homosexuality. I'm not sure that there is much less diversity of opinion on religious campuses than there is on secular ones. Religious campuses are generally a little more transparent about what is and is not within the realm of reasonable discussion, though. At secular campuses, everyone is just supposed to know what the orthodoxy is.

I would also add one other point. Many of these schools argue that there is an educational benefit to be gained in an environment where people are coming from a similar intellectual and spiritual standpoint. Of course, this idea runs contrary to what most experts say about higher education today, that is, education can only happen when students encounter viewpoints opposed to their own.

But there is a problem with this educational theory, and anyone who has ever conducted an argument with someone who has a completely different set of assumptions will be able to recognize it. When there is no common ground in a conversation to begin with, the conversation tends to go nowhere. At Ave Maria, for instance, most of the students agree with the idea that a fetus is a human life, but many disagree about how the law should address abortion. As more than one student pointed out, it would be impossible for them to ever get beyond the former idea with many of their classmates at secular schools. The conversation at Ave Maria is more productive for them because it can move beyond first principles.

Q: Which, if any, of your preconceptions -- or those of secular people -- about the missionary generation changed after this journey?

Well, I myself am Jewish and have lived in the Northeast all my life and attended only secular schools. The most surprising thing to me was that in visits to 20 strongly religious colleges, only one person actually tried to convert me (the dean at Bob Jones). I think my impression that explicit proselytization was the common mode of dealing with nonbelievers was certainly challenged.

I also wondered about the intellectual rigor of these schools. If religion comes into the classroom, doesn't it water down the curriculum? I actually found that between the added motivation that religion provided these kids (God wants me to do my chemistry homework) and the richness that talk of faith and the meaning of life added to discussions of, say, literature, I thought these students were getting the kind of holistic education that most schools (religious and secular) say they're aiming for.

I think there is also a preconception (thanks in large part to Bob Jones) that most Christian schools hold racist attitudes. But with the exception of some people at Bob Jones, I don't think this is true at all. Most of these schools seem to be pursuing racial diversity as much if not more so than secular schools. In part, they think it is part of their religious mission to reflect "the Kingdom of God." 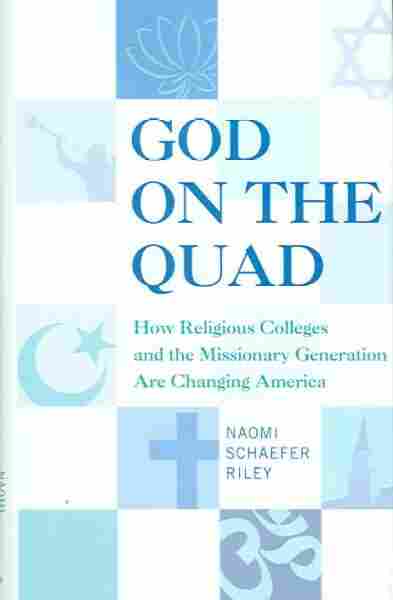 God On The Quad

How The Missionary Generation Is Changing America