Accessibility links
Beer Tasting: The World's Best, And Priciest Grocery shelves are sagging with every kind of beer imaginable, in taste and appearance. With the help of beer expert Michael Jackson, Michele Norris and Robert Siegel take stock — and taste — of some of the world's finest (and most expensive) beers. 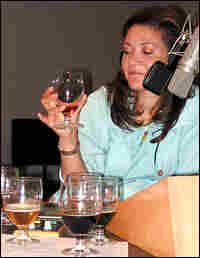 Michele Norris considers one of the beers in the test. Avie Schneider/NPR hide caption 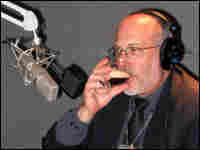 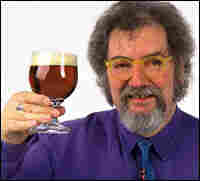 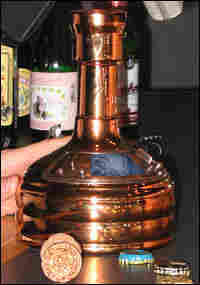 At $100 per bottle, the Samuel Adams Utopias was the most expensive in the tasting. Avie Schneider/NPR hide caption

If you think beer is just beer, this story is not for you. Grocery shelves are sagging with every kind of beer imaginable, varying in taste and appearance. With the help of beer expert Michael Jackson, Michele Norris and Robert Siegel take stock, and taste, of some of the world's finest (and most expensive) beers.

"I think the whole idea that beer should taste of something is alien to many drinkers," says Jackson, author of Ultimate Beer and the Great Beer Guide. "Many drinkers have been trained by the big mainstream beers to expect beer to taste of nothing at all."

Below is a list of the beers tasted. (Prices quoted are from the Washington, D.C., area.)

Cantillon Rose De Gambrinus. This Belgian beer has a raspberry and cherry flavor, with a hint of vanilla. $6.99 / 12 oz. bottle.

Czechvar. Brewed in the Czech town of Budweis, this dry beer inspired the famous American brewer. The control sample, the closest tasting to a "regular" beer. $6.99 / 6-pack

Anchor Steam. From San Francisco, this is an American beer with flavor. Firm, assertive, with hoppy dryness and a hint of fruitiness. $8.99 / 6-pack

Goose Island IPA. From Chicago, this beer with fruity undertones is more heavily hopped than others. (IPA stands for India Pale Ale; the heavy hopping was originally designed to preserve IPA beer on its long journey from Britain to the colonies in India.) $9.76 / 6-pack

Rogue Smoke. Perhaps to be enjoyed with a cigar, this brew hails from the Pacific Northwest. $4.99 / 650 milliliters

Samuel Adams' Utopias. Delivered in a brew-kettle shaped copper bottle, this beer is one of the world's strongest (25 percent alcohol), but with a fine sherrylike taste. $100 / bottle 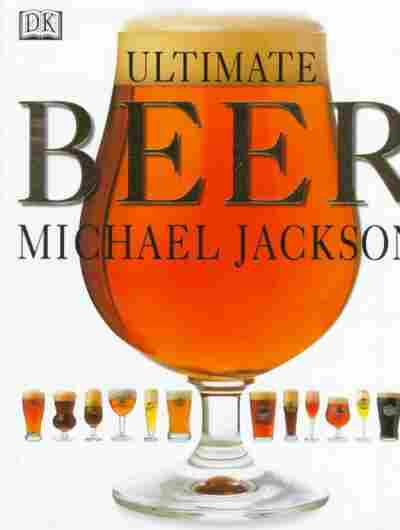 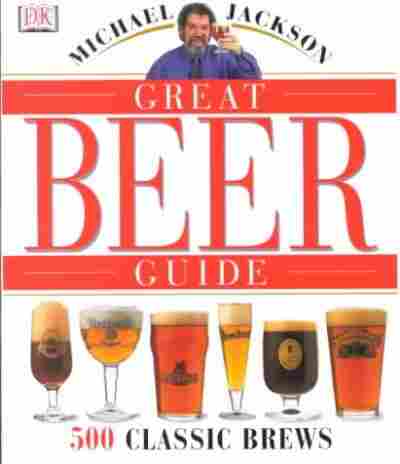