Accessibility links
Slate's History Book Blitz: '1776' as History and Myth Madeleine Brand talks with Slate columnist David Greenberg about the ongoing tension among historians over how to make history accessible without compromising the facts. The discussion comes as award-winning author David McCullough releases his latest work, 1776, detailing the military strategies of both armies during the American Revolution.

Madeleine Brand talks with Slate columnist David Greenberg about the ongoing tension among historians over how to make history accessible without compromising the facts. The discussion comes as award-winning author David McCullough releases his latest work, 1776, detailing the military strategies of both armies during the American Revolution.

This is DAY TO DAY from NPR News. I'm Madeleine Brand.

If it were possible to buy stock in upcoming books, here's one that would be about as close to a sure bet as you can get, David McCullough's new American history blockbuster "1776." But just as surely as this book will find its way onto the best-seller lists, it will also leave many academic historians grumbling. Our partners at Slate are publishing a series of articles on history books this week, and here to explain the ongoing tension between popular and academic historians is Slate's own historian, David Greenberg, who's also a professor at Rutgers.

And welcome to the non-academic DAY TO DAY.

BRAND: So in your Slate article, you quote one historian as saying that academics tend to view popularizers as "the equivalent of chiropractors and neuropaths." So what are their main beefs with historians like David McCullough?

GREENBERG: Probably the main problem that most academics see with this kind of history, especially all these books lately about the founders, is it encourages a view of the past as just this pageant of larger-than-life figures, people to be celebrated, marveled at, but no sense of intellectual problems to address critically, no sense of questions and debates. It's all about a kind of patriotic celebration, and that isn't why most people go into studying history.

BRAND: But on the other hand, you could argue that at least people who are reading this are getting some history.

GREENBERG: Oh, no question about it, and I do think it's kind of a new trend, or fairly new, that academics actually want to find readers. And the question is how to do so without sacrificing the kind of scholarly rigor that they value so much.

BRAND: And you write that there are several solutions offered by academics. What are they?

GREENBERG: Well, I think as academics grope to find a way to reach readers, they try different formulas. For example, some people say, `We need more narratives instead of these dry, analytical arguments that academic historians often put out.' That's not totally satisfactory because sometimes a very good analytical history can find a wide readership. Sometimes they say, `Well, we have to think big, do big, synthetic histories, integrating research from lots of different sources.' Well, sometimes a narrow, monographic, microhistory, as they're called, can also be made appealing to readers.

The real reason that there's this gulf between academia and popular history is that the popular history doesn't take into account the literature, the kinds of questions that academics are asking; and that if you immerse yourself in the historiography, the other history, but then write your book as if you're writing for the public, you'll stand a better chance of reaching the public.

BRAND: But what's wrong with having two separate camps?

GREENBERG: I think to some degree we have to accept that there will be two separate camps. And in a way, that's necessary. There are certain important subjects that just aren't going to be made interesting to a wide public.

On the other hand, history has always been a subject that has had a natural appeal to wide audiences. And I think it's a shame if academics abdicate the role of trying to tell those stories to the public.

BRAND: All right, David. You are appearing on this program, not exactly an academic institution. You write for Slate, also not academic per se. You're also a professor. So do historians view you skeptically for writing in popular places like Slate and appearing on NPR?

GREENBERG: I think there probably are a few colleagues who would have some suspicion about this kind of public appearance. More and more, I think, historians in the academy are trying to reach out, and they see this kind of thing as a good thing. The American Historical Association recently created an award for the promotion of public history, and the last winner was Brian Lamb of C-SPAN for his show "Booknotes." And if the main body of professional historians is giving an award to Brian Lamb, I think I can get away with making a few remarks on Slate and DAY TO DAY.

BRAND: Opinion and analysis from David Greenberg. He writes the History Lesson column for Slate. He's the author of the book "Nixon's Shadow."

GREENBERG: Thanks very much. 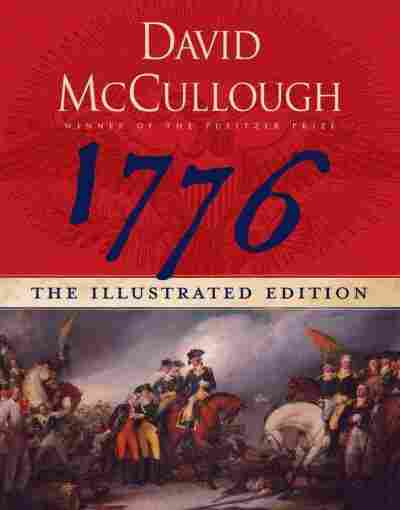