Accessibility links
Web 'VidLits' Used to Promote New Books There's a new marketing tool for book publishers: Trailers on the Web that promote their books. They're called "VidLits." One example: Yiddish with Dick and Jane.

There's a new marketing tool for book publishers: Trailers on the Web that promote their books. They're called "VidLits." One example: Yiddish with Dick and Jane. 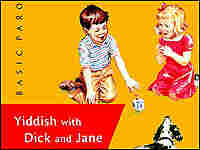 Sales of the book took off after a VidLit was created to promote it. Little, Brown & Co. hide caption

Hollywood has movie trailers for marketing. The record business has music videos and now the publishing industry is experimenting with multimedia promotion which may be the next great way to sell books. NPR's Laura Sydell reports.

And so begins the vidlit, that's V-I-D-L-I-T, a short flash animation you can find on the Web. It's for a book called "Yiddish With Dick and Jane." The vidlit has illustrations from the book and sections of the text are read by authors Ellis Weiner, a former National Lampoon editor, and Barbara Davilman, a sitcom writer.

Unidentified Man #3: That editorial made me so upset, but Timmy got up and went all the way to the bathroom to bring me the Xanax, the little mensch.

(Soundbite of a door closing)

SYDELL: The book plays on the idealized Dick and Jane of childhood as neurotic grown-ups faced with adult problems. Yiddish is used to comment on the ironies of modern life. Book sales were moderate, and then...

Ms. SOPHIE COTTRELL (Vice President, Little, Brown and Company): It absolutely exploded once the vidlit was traveling around town.

SYDELL: Sophie Cottrell is vice president at Little, Brown and Company, which published "Yiddish With Dick and Jane." Cottrell says last year the vidlit was e-mailed to 80,000 people who subscribe to a flash animation newsletter. So many were amused by it, they e-mailed it to friends. It reached some two million people, she says, and book sales quadrupled.

Ms. COTTRELL: Which is very exciting when, as a publisher, you're looking for ways to grab people's attention. And it's one thing to make them notice a book and remember a book, but then to actually take the next step and buy it, that's what we're all after.

SYDELL: Sales of "Yiddish With Dick and Jane" have reached almost 100,000 books, says Cottrell, and it hit the Los Angeles Times best-seller list. She says the cost of a vidlit is around the same as a medium newspaper ad, about five to $10,000. The vidlit was given its name by Liz Dubelman, who founded the company that produces them. Dubelman is a consultant who's tried to help old media use new media for marketing. She thought publishing was not taking nearly enough advantage of the Internet.

Ms. LIZ DUBELMAN (Consultant): When you walk into a bookstore, you see all these books on the shelves. And they all have different covers, and that's really the only way you can differentiate them. So I thought, well, if we could create something that was just sort of sampling of the books, like a reading, and as long as we had the Internet, I might as well put some pictures and sound effects and music with it.

SYDELL: The fact that Dubelman, someone outside of publishing, came up with the idea of the vidlit doesn't surprise Charlotte Abbott. Abbott is the book news editor for Publishers Weekly. She says publishing is a pretty conservative industry and it has been very cautious about new media.

Ms. CHARLOTTE ABBOTT (Publishers Weekly): What vidlit did I think sets an important precedent and I hope it ushers in an age of great experimentation where a lot of people try to figure out what is suited to the format.

SYDELL: There are other companies developing online videos for publishers, says Abbott. Some send out author interviews, others have tried dramatizations, and there is a growing market for videos on educational books. But Abbott says vidlit's animated tales have been the most successful at selling books. She says they have been compelling enough to bring attention to a particular book in a world where more than 50,000 a year are published. Little Brown has commissioned another vidlit and other publishers, such as Random House and Warner Books, have used them. But Little Brown's Sophie Cottrell doesn't think a vidlit will work for every book.

Ms. COTTRELL: The books where it's going to work are where you've got a threat of humor and where you can--there's the ability to turn a portion of the book into an entertaining vignette.

SYDELL: Of course, marketing books with vidlits is still unusual. If hundreds start dropping into your e-mail box, they may begin to have all the charm of junk mail. 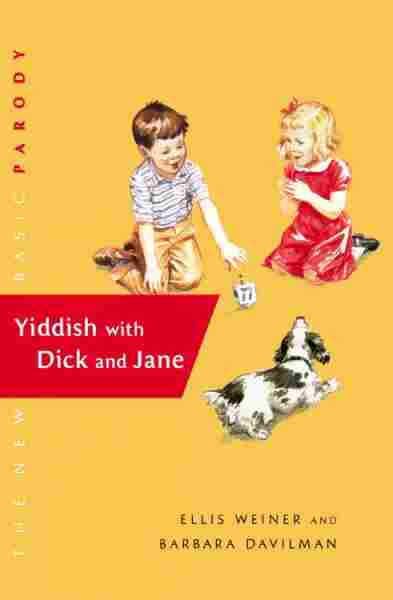 Yiddish with Dick and Jane