Accessibility links
Excerpt: 'Natives and Exotics' Book critic Alan Cheuse recommends this lyrical series of chapters about generations of an Australian family, taking the reader through centuries and continents. 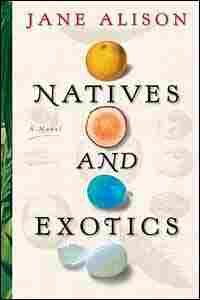 On All Things Considered, book critic Alan Cheuse included this title among his summer reading picks. It's a lyrical series of chapters about generations of an Australian family, taking the reader through centuries and continents.

On the beach of an island in the Pacific, an island with black sand, hardened black lava, and nothing green growing but cactus, a British mariner with a knife in his hand was crouching before a giant tortoise. The sailor was dirty and salty, but he wasn't hungry, and thanks to all the lime juice he'd drunk his gums weren't bleeding, his hair was still rooted, his breath wasn't as foul as it might be, and his lips were pinker than black. He was hale. So he didn't plan to kill the tortoise; he'd never been much good at that anyway. He had sailed the Pacific with the famous Captain Cook and seen the wonders of Tahiti, Terra Australis, all the rest. But now Cook was gone, killed by natives in the Sandwich Isles, and he himself had joined a whaler. Whaling didn't suit him, but he liked exploration, and now lo and behold he found himself on an island that looked like an upcropping of Hell.

"Still, now," the sailor whispered. He reached out cautiously to pat the animal and was surprised at how it felt. The tortoise raised its wormy head and fixed him with an old eye above its nostriled beak.

The waves broke behind them on the black sand, the equatorial sun burned overhead, and for a moment the two looked at each other. The tortoise's leathery legs-how ancient, the sailor thought. When in Creation had this monster been made? Yet its long, wrinkled neck was so like his own sorry gray member tucked away in his trousers that he grew embarrassed looking at it. And the way the skinny neck disappeared between the animal's breastplate and shell-a squirming, live thing slipping hidden into dead stony stuff-it seemed suddenly like the Mystery of Mysteries, the very source of Life . . .

But this sailor was not made to ponder such thoughts. Quickly he jumped on the tortoise's back. The animal didn't stir but received him, indignant.

So now? It was difficult to sit up there; the shell was bumpy, slippery. The mariner clasped the beast between his legs and spurred with his heels, but the tortoise wouldn't move; he spurred it again, but soon felt sheepish. He looked out at the glaring sea.

Well then, what else?

The shell took his knife well. It was better than meerschaum, much better than whale tooth. Holding the rim of the shell with one hand, with the other he carved: s. c. 1786.

So there he was. He looked at his work. A small gesture, but it cheered him, like slipping a message in a bottle, tossing it into the damnable sea, and God only knew who might find it. He himself would leave no more than a heap of bones on a beach somewhere, crumbling back into sand.

The sailor slid off the tortoise, and again the two looked at each other.

"That's that," he said. "So long!" He patted the animal on the shell, a little sorry to go.

The tortoise, released, lumbered off, over the hot volcanic sand.

In Soho Square, Sir Joseph Banks was sitting at his desk, pondering a globe. He had a large bulldog head, wavy white hair, fierce eyes. Around him in the library were his natural collections, mementoes from when he'd sailed the Endeavour with Captain Cook: the small reddish kangaroo he'd hunted in Terra Australis, which now sat limp and stuffed on his shelf; the wandering albatross he'd shot from deck, its wings spanning nine feet; a polished Maori skull on a pedestal; and his prize: an etching of a tree with flowers like barnacles that was now called Banksia grandis. A new tree he himself had found. So gratifying to have one's name fixed on the world!

Since his adventures, Banks had been busy sending other men out to do as he had done, to discover and seize the world's living wealth. Because now that the last continent had been found and Britain ruled the waves, the possibilities were intoxicating. He presided over Kew Gardens and had a hand in all colonial affairs, and he sent eager young botanists to Australia, Africa, North and South America, to hunt new plants and ship them home to Kew. Plants of utility, plants of strange beauty. Banks inspected the wonders and decided what should go where in the world-because there was no reason to let things stay as they were, after all. Exploration preceded colonization, and colonization preceded trade, and that was the natural order of things. The world was open for rearrangement. As he pondered the globe, eyes skimming the continents and oceans, he polished his coup de grâce.

He drew his finger from England down and around to newfound Australis; then he drew an imaginary line from a small archipelago near that last continent to another cluster of islands in the west. Two elegant migrations of plants and souls. Britain would make empty Terra Australis a penal colony: his idea had finally won. But you could not ship only men there. Indigo, coffee, cotton, tobacco, oranges, & lemons, he wrote in a memorandum: that's what would accompany the convicts on the Guardian. Men, women, juveniles below deck, plants and little fruit trees in a greenhouse above. So in one stroke he would people and plant a new continent. How grand to work on this scale! Genesis.

And now the other migration; the symmetry so pleased him. Breadfruit, he wrote; Bounty, Wm. Bligh. Breadfruit plants would be dug up in Tahiti-he'd tasted the strange fruit when a native had traded one for a string of glass beads-and then be transported to the West Indies. There, the trees would feed the slaves, who had been brought from Africa to cut the sugarcane, which itself had been brought long ago from Asia to produce the sugar that was shipped to England and stirred into tea, itself shipped from China, unless Banks could get someone to steal the tea plants and grow them elsewhere-maybe Calcutta?-and surely he could induce Chinamen to migrate with their plants so that the whole operation would be in British control . . .

He drew elaborate arrows and lines, the globe spinning and spinning. And though these first grand efforts were doomed to fail-Bounty by mutiny, Guardian by iceberg-Banks would not surrender. Soon he would, in the name of Empire, rearrange the living world.

Just outside the port of La Coruña, in a corvette called the Pizarro, a young German naturalist named Alexander von Humboldt was setting sail for Spanish America. A sensuous young man with romantic eyes and Napoleonic hair, he had read the accounts of Bougainville and Cook and had once met Banks for tea and admired his Pacific herbarium, and now he was launching his own journey of scientific discovery. He wished to plumb the secret unities of nature-to learn how living things gained a foothold on land, how land itself was created. Spanish America, with its volcanoes and jungles, had been well plundered but never really known. He traveled with barometers, sextants, chronometers, quadrants, a dipping needle, and a pendulum to measure the world he found; what he longed most to do, though, was embrace it, be moved to the fundaments of his soul. The device he brought that he cherished the most measured the blueness of the sky.

As the ship slowly crossed the Atlantic and sailed south, Humboldt charted the water currents and watched the constellations change. A strange, completely unknown feeling is awoken in us when nearing the equator and crossing from one hemisphere to another, he wrote in his journal. The stars we have known since infancy begin to vanish. At last he reached Venezuela.

There he saw fat night birds that lived in a cave, and river eels that electrified horses, and a beach called the Playa de Huevos because so many turtles planted eggs in its sand that the natives could simply harvest them. He found seashells far from any sea and a pair of enormous thighbones the locals believed had belonged to a giant. He measured troubling subterranean fires, flames that lapped from the ground. And he saw springs of yellow petroleum bubbling up along the shore. Released, though, from where, from what? The smell was so strong, the bubbling so lively, a pity the stuff had no use.

As he struggled through the Amazon on mules and boats, he reflected that Man was not master in the Tropics but instead a transient guest wise to enjoy the fruits that were offered. He passed from the Torrid Zone to the Temperate, onward up to the Frigid, until he reached the high Andes. Cotopaxi, with its white cone brilliant against the blue sky, he found the most beautiful of all. At last he came to the city of Quito, high up on the equator. There he was a prized guest among Spanish colonial society. But at all the dinners and balls, Humboldt said just enough to entertain the ladies before fleeing to his roof to study the stars.

Finally he did what he had come for: he climbed Pichincha, the volcanic mountain that loomed over the city. Only a few years earlier it had erupted so violently that thousands of people had been buried alive or sucked into sudden crevices. He wished to look into Pichincha's crater, just as on an earlier journey he had descended into Vesuvius. It was really the only way to see: a hot little glimpse of how earth was made.

This climb took a day. High up at the barren, lunar peak, while the Indians and mules waited behind in the mist, Humboldt in his black boots and yellow velvet jacket stepped to the rim of Pichincha's crater. He marveled at his fortune, for as he stood there at the steaming maw, beneath his feet the mountain groaned. It shook. In thirty-six minutes it shook fifteen times, as if the ground floated on soup.

Neptunists believed all rock was sedimentary, created through the agency of water. Volcanists thought deep fires were involved.

Humboldt already knew that volcanoes spewed fish. Also that earthquakes occurred in chains-like beads in a necklace, he thought. He would call the Andes the Avenue of Volcanoes.

So matters of creation were becoming clearer; extraordinary connections were afoot. 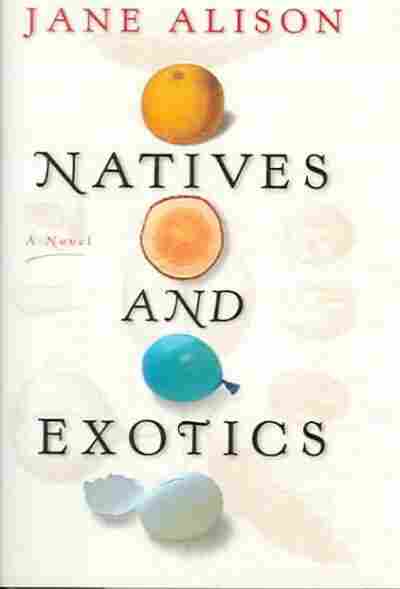