Accessibility links
The Catch-22 of Summer Reading, for a Movie Critic NPR's movie and theater critic Bob Mondello talks about his favorite summer book, reading around the hundreds of movies he sees every year, and making his way through Harry Potter in Spanish.

The Catch-22 of Summer Reading, for a Movie Critic

The Catch-22 of Summer Reading, for a Movie Critic 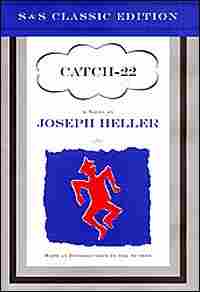 Whether it's the indulgent hours or lighter genres, summer reading is characterized by its reverie. In My Summer Books, NPR hosts and reporters share their memories of summer reading and books. Today,critic Bob Mondello.

Do you read more in the summer?

Well, I have more time to read in the summer, because the movies tend to be less engaging, but I'm afraid I'm not as much of a reader as I once was. I have so many plots in my head from movies that it can be overwhelming. I see 200 movies a year and maybe another 150 plays. It's a lot to hold in my head, particularly when I get absorbed in a book.

I do often read books of criticism. My favorites are by Walter Kerr, a theater critic who used to write for The New York Times and was my idol growing up. Still is, really. I think he's the most evocative theater critic ever. He wrote a book called How Not to Write a Play in the 1950s, in which he talked about what was going to happen in theater in the next 50 years. He was pretty much right. His books can be hard to find today, though.

Not too long ago, I read a wonderful book by Frank Rich about his growing up here in Washington, and how he came to love theater, and ultimately become a theater critic. It's deeply personal. It's called Ghost Light: A Memoir.

Back before remembering countless movie plots became part of your job description, did you have a favorite summer book?

Oh, yeah: Catch-22, by Joseph Heller. I read it the summer before I went away to college. And then when I got to school, I discovered that my roommate had also read it over the summer and was also nuts about it. Then, the first person we met at a mixer -- and he's become a lifelong friend -- came up to us and introduced himself in this thick Boston accent. We both looked at each and said "Nately!" and burst into laughter. We've called him Nately ever since.

More recently, the summer before the first Harry Potter movie came out, I read the first Harry Potter book. But because I was trying to learn Spanish, I grabbed the book in translation. Generally, I try not to read books before I see a movie because I can get trapped in my vision of the story or the characters. But in this case, I figured I wouldn't understand half the book if I read it in Spanish, so it would be okay.

It turned out to be a great summer read -- just about at my reading level, about third or fourth grade. And the funny thing was that when I saw the movie, the big surprise for me was that they all had British accents. Seems sort of obvious, but it hadn't occurred to me, because when Harry and his buddies wanted their brooms to fly, they hadn't been saying "Up, up" in the version I read. They'd been saying, "Arriba, arriba."