Accessibility links
Guard Suicide Highlights Risks for Returning Troops Military researchers say 17 percent of troops back from Iraq show signs of problems such as Posttraumatic Stress Disorder, and guardsmen and reservists may be at greater risk than their active-duty counterparts. The suicide of South Carolina guardsman Jeffrey Sloss sheds light on the need to seek help. 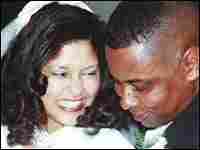 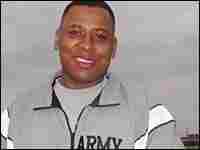 Staff Sgt. Jeffrey Jerome Sloss, a member of the South Carolina National Guard, seemed fine when he was serving in Iraq. But when he came home to his job as a state trooper, he had trouble concentrating. Sloss committed suicide on May 27, 2004 -- five weeks after his return.

Military researchers say 17 percent of troops back from Iraq show signs of mental health problems such as Posttraumatic Stress Disorder, and reservists and guardsmen -- like Sloss -- may be at greater risk than their active-duty counterparts. That may be because when their deployment ends, members of the National Guard and Reserves don't return to military bases, where they're supported by others who've shared the life-changing experience of war.

Though the military has better programs than ever before to handle combat-related stress, there's still a lot of stigma. Sixty-five percent of troops with problems say they worry that if they ask for help, they'll seem weak.