Accessibility links
Cpl. Jason Dunham's 'Gift of Valor' Last spring in western Iraq, Cpl. Jason Dunham made an instant decision that he had to know would be fatal. Throwing his helmet over a grenade, he saved the lives of others in his Marine unit. 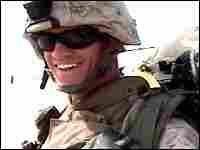 Cpl. Jason Dunham heads to the helicopter that would take him to Al Qa'im, in Western Iraq, in April 2004. Mark Edward Dean hide caption

Video: Return to the Scene

Five weeks after the incident, Capt. Trent Gibson, Kilo Company's commander, standing on the spot where Cpl. Dunham was wounded, describes the aftermath of the attack and makes an emotional discovery.

One day in April 2004, Cpl. Jason Dunham and his men were patrolling an insurgent stronghold near the Syrian border when an Iraqi leapt out and grabbed the 22-year-old Marine around the neck. Dunham, seeing his attacker had dropped a live grenade, snatched off his helmet and put it over the explosive.

The helmet did help blunt the explosion — and saved the lives of others. But Dunham suffered serious injuries from flying shrapnel. Eight days later, he died from his wounds. His actions earned him a Medal of Honor nomination.

In a new book, Wall Street Journal reporter Michael Phillips chronicles the incident, and the effort to save Dunham's life. Michele Norris talks to Phillips about Dunham's story. 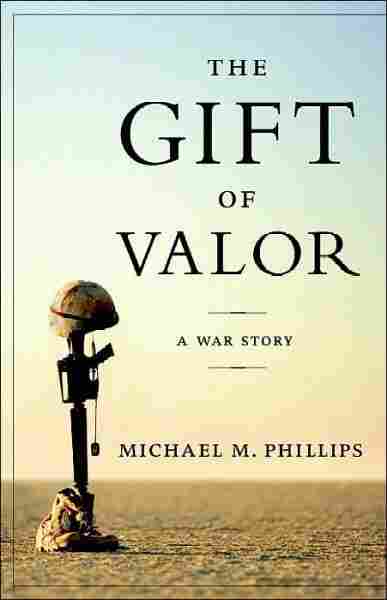 The Gift Of Valor