Accessibility links
Mississippi Delta's Economy, Way of Life Fading The alluvial plain that is the Mississippi Delta was once home to a thriving cotton plantation economy. But the decline of manual labor and exodus of manufacturing jobs have made difficult conditions worse in one of the nation's poorest regions. 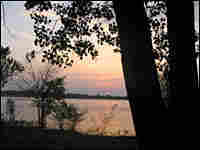 Sundown by the Mississippi River at Mounds Landing, site of a levee burst in 1927 that caused flooding, killing nearly a 1,000 and displacing a million people. Debbie Elliott, NPR hide caption

Part 2 of This Report 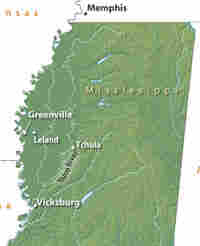 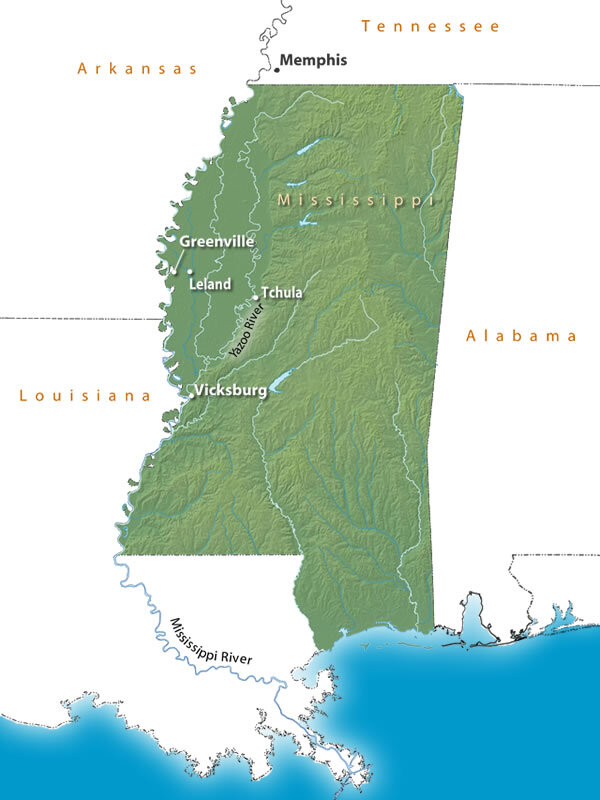 The Mississippi Delta begins in the lobby of the Peabody Hotel in Memphis and ends on Catfish Row in Vicksburg.

The term "Mississippi Delta" means different things to different people. In the state of Mississippi, it is defined as the alluvial plain between the Yazoo and Mississippi rivers. Author David Cohn's oft-cited description of the Delta captures both the posh trappings of the white planter class and the ramshackle cabins of the blacks who work the land. Other writers have described the Delta as the most southern place on earth. 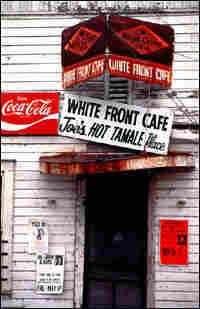 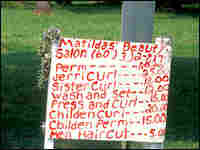 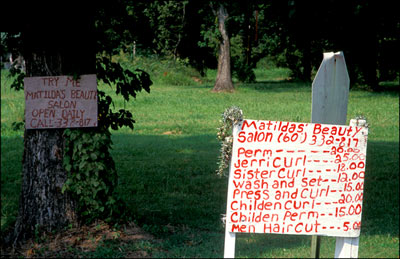 The alluvial plain that is the Mississippi Delta was once home to a thriving cotton plantation economy. It has also been fertile ground for American culture, giving birth to the blues, gospel, soul food and such writers as Eudora Welty, Tennessee Williams and William Faulkner.

But over the decades, the decline of manual labor and exodus of manufacturing jobs have made difficult conditions worse in one of the nation's poorest regions.

Much of the region between the Yazoo and Mississippi rivers was developed after the Civil War. In 1870, 90 percent of the Delta was virgin wilderness. Twenty years later, 90 percent was within 5 miles of a railroad track, developed largely by the influential Percy family, whose members were among the first settlers in the region and include a U.S. senator.

The rails opened up markets for the region's valuable -- but labor intensive -- cotton crop. The development brought wealth to the region and increased the demand for workers, drawing African-American laborers and Chinese, German, Italian and Russian-Jewish immigrants.

"This was a place where people of all sorts could come and try to make their fortune," says historian Luther Brown of the Delta Center for Culture and Learning. Some found success, but most just discovered backbreaking work in a race-based labor system that allowed the few to profit off the toil of the many.

For decades, the Delta was a rural-based economy, feudal in nature. Plantations were like towns unto themselves, with schools, churches and stores located on the premises. But the arrival of mechanization in the 1940s in the form of tractors and harvesting equipment reduced the need for manual labor.

As farm jobs faded, so did the region's economic base. Since 1970, six counties in the Delta have lost more than 20 percent of their population. The area has been hard hit by the loss of manufacturing plants. Though agriculture remains dominant, the land is concentrated in fewer hands, with machines doing most of the work and absentee corporations in charge.

Today, residents of towns like Tchula, Miss., which was once a busy trading center and railroad stop, are now struggling to survive. More than half of all Tchula residents live below the federal poverty level. The town's median income is $6,373 a year.

"It's bad, you know," says Craig Williams, a 32-year-old truck driver who works out of Murray, Ky.; his wife and son live in Tchula. "It would be nice where I could be in my hometown, and say I got a job in Tchula."

The Delta Center for Culture and Learning