Accessibility links
Gay, Single and Raising a Niece in New York Writer, actor, lawyer Edwin John Wintle has written his first book, a memoir about what happened when his 13-year old niece came to live with him. His book is Breakfast with Tiffany: An Uncle's Memoir.

Listen
Gay, Single and Raising a Niece in New York 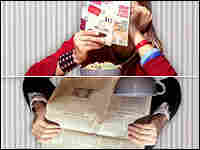 Writer, actor, lawyer Edwin John Wintle has written his first book, a memoir about what happened when his 13-year old niece came to live with him, a single, professional, gay man. His book is Breakfast with Tiffany: an Uncle's Memoir.

Wintle, who has a busy literary agent career in New York, welcomed his niece into his home at the request of his sister -- but fitting her into his life took time. The complicated, and rewarding process, that followed led the two of them to discover common ground.

An excerpt from Edwin John Wintle's 'Breakfast with Tiffany: an Uncle's Memoir'

New Jersey transit trains always manage to smell like someone just p***ed on a ball of burning rubber and then doused the whole mess with liquid Lysol. I was trying to breathe through only my mouth—even though I know it's more sanitary to catch the stinky molecules in your nose hairs—when my cell phone rang. I was returning to New York City from Philadelphia, having attended the afternoon wedding of an old friend and, in one of my ridiculous attempts to save a few bucks, I wound up taking four local trains in both directions to complete a trip that takes only an hour and a half on Amtrak. I'd just switched trains at Trenton, where I'd gotten a third cup of coffee during a long layover, so I was now both wired and cursing myself for my "frugality." It had been a disgustingly humid mid-September day and this latest train was not only stench-ridden but airless as well.

Though the wedding had been adorably eccentric—the groom cried hysterically every time he opened his mouth—the reception was held in the tiny, cramped backyard of a South Philly row house. I'd sat stoically for six hours, listening to folk music and dripping sweat into my couscous, all the while making pseudo artsy-fartsy conversation with strangers. I was in no mood to be on a hot, smelly train filled with noisy drunks (they seem to live on New Jersey Transit) and breaking out into my hundredth sweat of the day. The three cups of coffee were supposed to counteract the wine I'd imbibed, help me catch up on some work reading, and enable me to go out barhopping back in Manhattan to celebrate my unfettered singledom—something I always made it a point to do after weddings. But at the moment, the coffee was actually giving me minor heart palpitations.

After a few minutes of concentrated yogic breathing, I cracked open what promised to be another in a long line of bad screenplays. That's when my cell phone rang. Cell phones annoy everyone on all trains, but in this crowd they were still downright foreign. I answered it as quickly as possible and spoke in a stage whisper.

"Hi, Eddy, it's me," my sister Megan said in the clipped way she spoke when extremely stressed, which was most of the time. "What's wrong?"

"Tiffany, what else? I just don't think I can take it anymore. I really think I'm going to lose it." She started to sob. I hated to hear Megan cry, especially when she was sober. When she was drunk, her tears were filled with self-pity so I couldn't sympathize. But she'd kicked the booze a couple of months ago and was now facing her demons head-on. And one of them was her thirteen-year-old daughter, Tiffany. Now Megan's sadness pulled at my heart because her pain was real—and something she could no longer hide with the tough-Irish-lass veneer she'd perfected.

"It's okay, Megan, take your time," I whispered. "Tell me what happened." Her sobs tapered off to small whimpers as she caught her breath.

"She's gone. It's ten o'clock on a Saturday night and she just walked right out the door after I told her not to." Megan inhaled deeply, and after she released her breath, her voice turned calm with resignation. "I can't keep her safe anymore, Eddy. I need you to take her." Megan had never spoken these words before.

A week or so earlier she had called me at work to report that she'd just smacked Tiffany around in front of two of her school friends. Apparently they'd argued about something, after which Tiffany marched into her bedroom where her friends were waiting, slammed the door, and called her mother a "f***ing piece of s***." That's when Megan ran in and starting hitting her with both hands. Megan hadn't cried when she told me, nor was she contrite. "I'm not sorry I hit her," she'd announced. "She made me do it." It was as though she'd needed to immediately testify to what had happened, to have her version on record. She knew I'd probably hear from Tiffany within the hour, as I'd been attempting to mediate their fights long-distance for some time now. It wasn't working. I rarely got to Connecticut to see Tiffany face-to-face, and her calls were getting fewer and farther between. When we did speak, she either screamed about her mother or just responded to me with perfunctory, one-word answers. Tiffany was not only out of Megan's control but was slipping away from me as well.

Over the previous two summers Tiffany had spent a lot of time with me in Manhattan. Between seventh and eighth grade, when she was twelve, she took a six-week theater program at a well-known conservatory school on Pier 40 in Greenwich Village. Tiffany had shown some serious singing talent as a child, as well as an interest in dramatic writing—she wrote a thirty-page slasher movie when she was only ten—and I wanted to help foster those gifts. During seventh grade Tiffany's creative pursuits had begun taking a backseat to boys, partying, and hanging out. Her parents had finally divorced after years of fighting, my sister's drinking was escalating, and Tiffany found out that her father's extended "business trips" were really stints in the slammer for DUIs and driving with a suspended license. She'd found little comfort in her relationship with her younger sister, Sammy; the two girls fought like crazy, venting most of their rage on each other. It was as though Tiffany's family had driven her into the arms of her friends—friends who provided solace but weren't equipped to truly help her. I'd wanted to take her away from all that for a while, hoping that having her talents reinforced, along with getting to know some of my "girlfriends," would help her see through the muck to a brighter future. It seemed to work during the summer itself, when she spoke of attending college in the city and auditioning for Broadway, but things had gone downhill immediately upon her return to New Milford. Everything she'd learned seemed forgotten, and Tiffany completed eighth grade with Ds in math and science and Cs in everything else. The following summer—the one just before this muggy September day—she came down to the city again but was willing to leave her friends for only three weeks this time. Though our visit was brief, Tiffany seemed to relish it and, I thought, leave with her goals reestablished. But once she was back in Connecticut, things went from bad to worse. High school had just started and Tiffany was already labeled an "at-risk" student due to truancy. Megan said my niece had been hanging out with older guys, often taking off in cars with them. I was becoming frightened that Tiffany would end up a dropout, pregnant, or burnt out on drugs (or all three), so when Megan called and told me she'd gotten physically violent with her daughter again, I offered for Tiffany to come live with me in New York… permanently. I hadn't consciously planned to make that offer, but hearing just how horribly my sister and my niece were treating each other, it seemed the right thing to do—not only for them, but for Sammy too. To my relief, Megan had declined my offer then, but here she was now, less than two weeks later, taking me up on it. Without realizing it at the time, by having Tiffany visit New York City those two summers, I had somehow laid the foundation for what would be the biggest challenge of my life.

"Of course, Megan," I now whispered on the train. "We should get her down here as soon as possible. Let's plan on next weekend. This week I'll get ready for her and we'll figure out how to go about actually getting her to the city." The words were coming out automatically, as though I'd rehearsed them or something; I couldn't really be making this monumental a decision and expressing it in a rational fashion. Maybe a part of me believed this couldn't possibly come to pass—that I, Ed Wintle, would, in one week's time, be a single "parent" to a thirteen-year-old girl. But the words continued to pour out of my mouth. "You're doing the right thing, Megan. I don't see any other alternative at this point."

"Are you sure you're okay with this, Eddy? It's going to completely change your life."

"Don't worry about me." I tried to sound reassuring. "I'll be fine. Let's just take it one step at a time. Call around and find out whose house Tiffany went to. Make sure she's safe for tonight."

When I closed the cell phone, my head shot back against the train seat and my eyes darted around wildly, looking for witnesses. Had this actually just happened? My mind sparked in a dozen different directions. What would I do about my roommate? Where would Tiffany go to school? Could I really afford to support a child? What if she runs away in New York City? Or worse, what if she's abducted? Hadn't they made a movie about that kid who disappeared in Soho back in the '80s—Etan something—starring JoBeth Williams and Daniel J. Travanti? And, even more frightening, would I have to throw away my porn collection? What the hell have I gotten myself into? My head stayed glued to that seat back for the rest of the train ride and the script lay unread by my side. I'm sure I looked like an escapee from the asylum, with my rapid breathing and bugged-out Marty Feldman eyes.

What I felt more than anything, though—more than the fear, the self-doubt, more than the creeping nausea that comes with irrevocability—was excitement. Genuine, pure, adrenaline-fueled excitement. After all, I am a drama Queen (yes, with a capital Q) and I have always thrived on change. I adore endings and I love beginnings; it's the middles that I can do without. And I'd been in a "middle" for some time now, trudging through my days neither here nor there, neither up nor down. I was a single, forty-year-old man stuck in intermission, wondering when the next act would start. My life needed that proverbial shot in the arm. What it would get, though, would prove to be more like electroshock therapy. 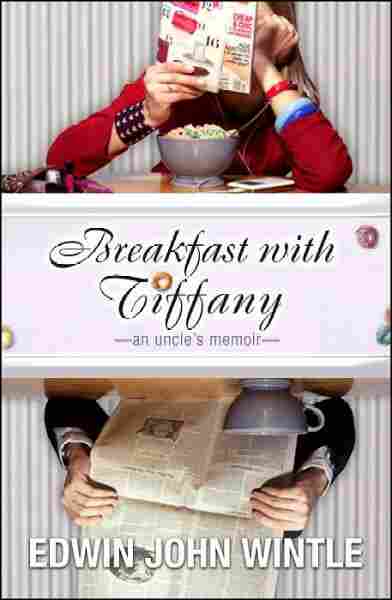