Academy Award-winning actress Anne Bancroft died on Monday at the age of 73. Bancroft won the Oscar for her role in The Miracle Worker, but she may be best known now for her role as Mrs. Robinson in The Graduate. 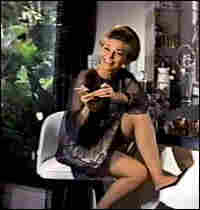