Accessibility links
Walter Mosley: A Slave's Flight to Freedom in '47' Karen Grigsby Bates talks with writer Walter Mosley about his newest book, 47. It's written for young adults, and mixes science fiction and magical realism to tell the story of a young slave's fight for freedom.

Listen
Walter Mosley: A Slave's Flight to Freedom in '47'

Karen Grigsby Bates talks with writer Walter Mosley about his newest book, 47. It's written for young adults, and mixes science fiction and magical realism to tell the story of a young slave's fight for freedom.

Author Walter Mosley is best-known for his Easy Rawlins mystery series about an amateur sleuth who solves murders in Los Angeles. But last year Mosley took a break from mysteries to write "47." It's a book about young people about slavery. Our own Karen Grigsby Bates spoke with Mosley about the novel and has this report. And a warning: This story contains language that may offend some listeners.

`Slavery,' says Walter Mosley, `is something virtually all black Americans know about from childhood.' But it's a subject that's hard to talk about, and even read about.

Mr. WALTER MOSLEY (Author, "47"): Many black people, young and old, are afraid to read about slavery. They're afraid because they don't want to identify with the main characters because it's just too heartbreaking to do. And so I wanted to write a book that, you know, it's going to be--all the terrible things about slavery are gonna be there but in the end you know that your main character is not only gonna survive but is going to thrive.

BATES: That character is a young slave boy who's referred to by number, as are all the slaves on his Georgia plantation. Mosley says the character's name reveals an important truth about slavery.

Mr. MOSLEY: The main character of the book, "47," his name is 47. He was given a number and not a name because he wasn't a person. He didn't have any rights in the world. He didn't have any purchase in the world. All he was was a relationship to his labor for his master. And I think it's a really important thing to be able to say that this guy will not be recognized as a person in the world where he lives.

Mr. OSSIE DAVIS: (As 47) My mother died when I was too young to remember her face. Big Mama told me that my mother, whose name was Selma, had a boyfriend over at the Williams Plantation, but she would never tell anybody who he was because she didn't want him getting into trouble for sneaking out to see her in the big house at night.'

BATES: Just seeing the child who results from that union sends plantation owner Tobias Turner into a fury. He wants 47 banished from his sight. So to protect the boy, Fleur, the plantation cook, watches over 47 and keeps him from the fields and their vicious overseer, Mr. Stewart. Again, narrator Ossie Davis.

Mr. DAVIS: (As 47) We both knew that I was safe from Mr. Stewart until I grew big enough to pick cotton. So Mama Fleur didn't feed me meat or milk so that I'd stay small and not have to go to work in the cotton fields.

BATES: But when he's eight, time is up and 47 is turned out of the big house to work beside adults in the broiling fields. But before he can be worked to death, he meets a being who has appeared in real slave histories, and who gives the book a magical turn. Walter Mosley.

Mr. MOSLEY: In mythology among the slaves, there was a character named High John the Conqueror. High John is a spirit who comes from Africa to free the slaves, and also to confound the master. All the slaves talked about High John.

BATES: In "47," Mosley adapts the myth to produce Tall John, a 14-year-old runaway slave whose mystical appearance is tied to an important task for the hero.

Unidentified Woman: (Singing) Everybody ought to know.

Group of Singers #1: (Singing) Everybody ought to know.

Unidentified Woman: (Singing) Well, everybody ought to know.

Unidentified Woman: (Singing) What freedom is.

Group of Singers #1: (Singing) What freedom is.

Unidentified Woman: (Singing) And everybody ought to know.

BATES: Learning freedom is a full-time job and a dangerous one for 47. Mosley uses both science fiction and magical realism to guide the reader through his hero's fight for liberation. But as the book progresses, the bewildered boy who started out afraid of and repulsed by most of his fellow slaves begins to empathize with and champion them. Walter Mosley says this is pivotal to 47's metamorphosis into the hero he will become.

BATES: It probably won't spoil it for you to know that 47's story isn't finished by the end of the book. Walter Mosley says the science-fiction element in the book gives him the freedom to follow 47 through history.

Mr. MOSLEY: I would love to do a series of books about 47. Because what I've done is I've created a character who's going to stay the same age from the year 1832 to the year 2005. And this child has these kind of semimagical powers and so can see so many different moments of African-American history. And so I really would love to, you know, write a series of maybe 12 or 15 of these books. We'll see if I get to it.

BATES: Let's hope that he gets to it soon. Karen Grigsby Bates, NPR News, Los Angeles.

Group of Singers #2: (Singing) And we'll understand in a better life, yeah, life.

BRAND: More to come on DAY TO DAY from NPR News. 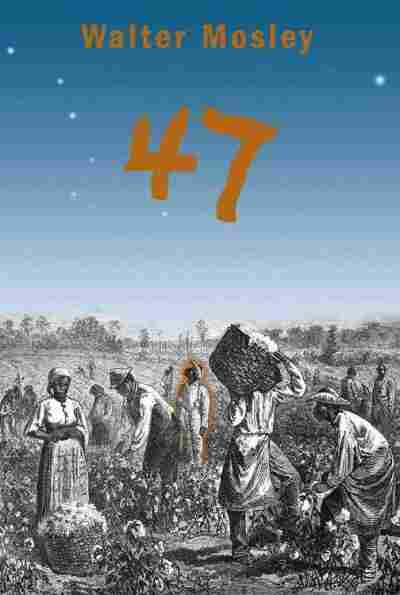