Accessibility links
Excerpt: 'Sabriel' A teenager who confronts evil to find her missing father in the first novel of this trilogy for young adults, recommended by librarian Nancy Pearl on Morning Edition.

Hear a Reading from 'Sabriel' 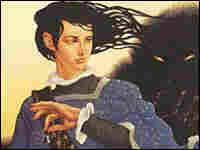 A teenager who confronts evil to find her missing father in the first novel of this trilogy for young adults, recommended by librarian Nancy Pearl on Morning Edition.

The rabbit had been run over minutes before. Its pink eyes were glazed and blood stained its clean white fur. Unnaturally clean fur, for it had just escaped from a bath. It still smelt faintly of lavender water.

A tall, curiously pale young woman stood over the rabbit. Her night-black hair, fashionably bobbed, was hanging slightly over her face. She wore no makeup or jewelry, save for an enameled school badge pinned to her regulation navy blazer. That, coupled with her long skirt, stockings and sensible shoes, identified her as a schoolgirl. A nameplate under the badge read "Sabriel" and the Roman "VI" and gilt crown proclaimed her to be both a member of the Sixth Form and a prefect.

The rabbit was, unquestionably, dead. Sabriel looked up from it and back along eth bricked drive that left the road and curved up to an imposing pair of wrought-iron gates. A sign above the gate, in gilt letters of mock Gothic, announced that they were the gates to Wyverley College. Smaller letters added that the school was "Established in 1652 for Young Ladies of Quality."

A small figure was busy climbing over the gate, nimbly avoiding the spikes that were supposed to stop such activities. She dropped the last few feet and started running, her pigtails flying, shoes clacking on the bricks. Her head was down to gain momentum, but as cruising speed was established, she looked up, saw Sabriel and the dead rabbit, and screamed.

Sabriel flinched as the girl screamed, hesitated for a moment, then bent down by the rabbit's side and reached out with one pale hand to touch it between its long ears. Her eyes closed and her face set as if she had suddenly turned to stone. A faint whistling sound came from her slightly parted lips, like the wind heard from far away. Frost formed on her fingertips and rimed the asphalt beneath her feet and knees.

The other girl, running, saw her suddenly tip forward over the rabbit, and topple towards the road, but at the last minute her hand came out and she caught herself. A second later, she had regained her balance and was using both hands to restrain the rabbit—a rabbit now inexplicably lively again, its eyes bright and shiny, as eager to be off as when it escaped from its bath.

"Bunny!" shrieked the younger girl again, as Sabriel stood up, holding the rabbit by the scruff of its neck. "Oh, thank you, Sabriel! When I heard the car skidding I thought…"

She faltered as Sabriel handed the rabbit over and blood stained her expectant hands.

"He'll be fine, Jacinth," Sabriel replied wearily. "A scratch. It's already closed up."

Jacinth examined Bunny carefully, then looked up at Sabriel, the beginnings of a wriggling fear showing at the back of her eyes.

"There isn't anything under the blood," stammered Jacinth. "What did you…"

"I didn't," snapped Sabriel. "But perhaps you can tell me what you are doing out of bounds?"

"No excuses," recited Sabriel. "Remember what Mrs. Umbrade said at Assembly on Monday."

"You can explain it to Mrs. Umbrade then."

"Oh, Sabriel! You wouldn't! You know I was only chasing Bunny. I'd never have come out—"

Sabriel held up her hands in mock defeat, and gestured back to the gates.

"If you're back inside within three minutes, I won't have seen you. And open the gate this time. They won't be locked till I go back inside."

Jacinth smiled, her whole face beaming, whirled around and sped back up the drive, Bunny clutched against her neck. Sabriel watched till she had gone through the gate, then let the tremors take her till she was bent over, shaking with cold. A moment of weakness and she had broken the promise she had made both to herself and her father. It was only a rabbit and Jacinth did love it so much—but what would that lead to? It was no great step from bringing back a rabbit to bringing back a person.

From Sabriel , copyright Garth Nix, excerpted with permission from HarperCollins. 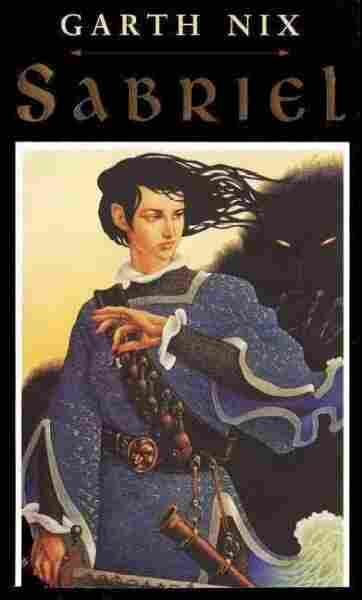