Accessibility links
Searching Out 'The Singing Life of Birds' Don Kroodsma records the unique, regional dialects of both birds and the people who love to listen to them. In his new book, he champions a theory: Like people, birds also have their own "accents."

Listen
Searching Out 'The Singing Life of Birds' 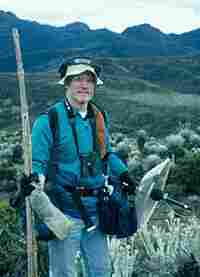 Don Kroodsma with the tools of the trade -- binoculars, a powerful microphone to capture bird songs, a tape recorder slung over his left shoulder and net bags to capture and tag birds for identification. Don Kroodsma hide caption 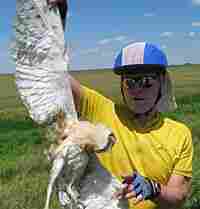 Don Kroodsma holds a unique roadkill found on one of his bike trips -- a barn owl. David Kroodsma hide caption 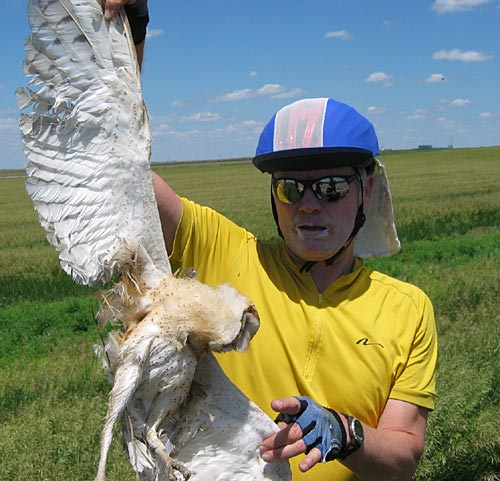 Don Kroodsma holds a unique roadkill found on one of his bike trips -- a barn owl.

Don Kroodsma has studied the songs of birds for 30 years and is recognized as the reigning authority on the biology of bird vocal behavior. He's written a new book about the art and science of birdsong, The Singing Life of Birds: The Art and Science of Listening to Birdsong.

His field of study may be unique, but the way he goes about his research is equally unique -- Kroodsma tours the continent on his bicycle, collecting bird songs along the way. He biked completely across the nation once in 2003, and last year biked from the Atlantic shore to the Mississippi, lugging his recording equipment with him.

In the latest report for the NPR/National Geographic co-production Radio Expeditions, Elizabeth Arnold profiles perhaps the most prolific collector of birdsong in America. Kroodsma has listened to and recorded bird songs from Virginia to California, and constantly adds to his birdsong library back home in Massachusetts, where he's professor emeritus of biology at the University of Massachusetts.

"There is no better way to hear a continent sing than by bicycle," Kroodsma says. "You can read the minds of these birds if you simply listen... Riding a bike is just a great way to hear birds."

Kroodsma explores the mysteries of birdsong -- how birds learn to sing, why some sing and some don't, and why songs vary from bird to bird and even from place to place. "Birds have song dialects just like we humans have dialects," he says.

After some intense listening and study, Kroodsma concluded that, just as with people, where a bird learned a song is just as important as a bird's genealogy. He noticed in his travels that birds of the same species but in different states sang the same song, but with their own unique "accents."

"The songs of birds changed just as much as the songs of people," he says.

That led him to record not just bird sounds, but the dialect of the people he met along the way. And just like with birds, Kroodsma is confident he can tell a lot by where a person was born by the twang of a dialect.

Kroodsma's on the road again this summer, encouraged by the people he's met in his travels -- people who listen as intently as he does to the sounds of nature.

Learn More about the Author and His Book at TheSingingLifeOfBirds.com 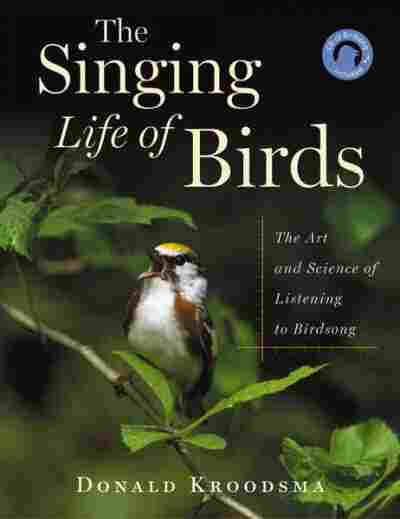 The Singing Life Of Birds

The Art And Science Of Listening To Birdsong