Accessibility links
The Mix Tape: Art and Artifact Before the iPod and the random playlist of the MP3, there was the original: the mix tape. Thurston Moore, of art-rock band Sonic Youth, discusses a new book he edited that explores the art and magic of making personal musical mixes.

Here are three tracks from a mix tape made by Thurston Moore.

'Color Me Impressed' by The Replacements

'Over You' by Velvet Underground 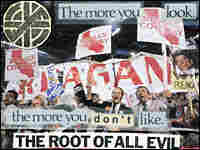 Californian photographer Glen E. Friedman used to send Brian Schroeder, an artist in the '80s hardcore scene, records Schroeder couldn't find at home in Idaho. As thanks, Schroeder sent mix tapes such as this one. Enlarge to see the full song list. © Thurston Moore hide caption 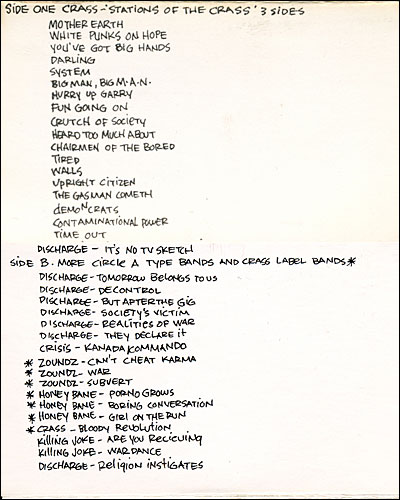 Californian photographer Glen E. Friedman used to send Brian Schroeder, an artist in the '80s hardcore scene, records Schroeder couldn't find at home in Idaho. As thanks, Schroeder sent mix tapes such as this one. Enlarge to see the full song list. 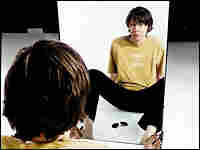 Sonic Youth's Thurston Moore (above) first heard a mix tape in 1978, when he read about an all-Clash cassette in the Village Voice. © Michael Lavine hide caption 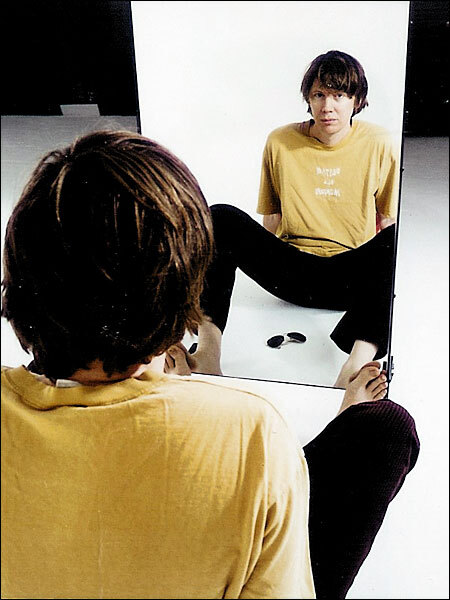 Sonic Youth's Thurston Moore (above) first heard a mix tape in 1978, when he read about an all-Clash cassette in the Village Voice.

Before the iPod and the random playlist of the MP3, there was the original: the mix tape.

The advent of the cassette tape some 30 years ago made it possible for anyone with a tape deck and some tunes to be a record producer, mixing and matching songs, genres and bands. And become at-home record producers we did.

Cheap and convenient, customized mix tapes made the perfect personal gift. We made tapes for friends, lovers — we shared the depths of our souls through the carefully chosen songs. We aggregated our favorite party songs, ballads for suffering through heartbreak and our loudest, angriest punk rock anthems.

Thurston Moore, of pioneering art-rock-noise band Sonic Youth, explores the magic of the mix tape in a new book, Mix Tape: The Art of Cassette Culture.

Introduction to Mix Tape: The Art of Cassette Culture

The first time I'd ever heard of someone making a mix tape was in 1978. Robert Christagau, the "Dean of Rock Critics," was writing in the Village Voice about his favorite Clash record, which just happened to be the one he made himself: a tape of all the non-LP b-sides by the band. The Clash made great singles, and they made great LPs, and they would usually put the singles on the LPs but not the b-side of the singles. This was a great idea to my rock critic-reading mind. And one aspect really struck me: Mr. Christgau said it was a tape he made to give to friends. He had made his own personalized Clash record and was handing it out as a memento of his rock 'n' roll devotion.

In those days, tape decks were as essential as turntables. And they were as bulky as well. But right around this time, Sony issued the Walkman. These new Walkman players were all about hanging off the shoulder with headphones and bopping around the city listening to tunes. I suppose the record industry expected the consumer to buy cassettes of the LPs, and the consumer surely did, but hey — why not buy blank cassettes and record tracks from LPs and play those instead? Of course this is what every Walkman user did, and before long, there were warning stickers on records and cassettes, stating: HOME TAPING IS KILLING MUSIC! It was a quaint forbear to today's industry paranoia over CD-burning and Internet downloading.

I had not the coin for a Walkman in the late '70s or early '80s, but my upstairs neighbor Dan had a really nice one — plus he had tons of LPs. He was buying every punk rock and new wave record issued, taping them, and turning me onto tapes which I'd then play on my ragtag stereo. Around 1980-81, there was a spontaneous scene of young bands issuing singles of super fast hardcore punk, most of which subscribed to a certain formula of thrash. Bands like Minor Threat, Negative Approach, Necros, Battalion of Saints, Adolescents, Sin 34, The Meatmen, Urban Waste, Void, Crucifucks, Youth Brigade, The Mob, Gang Green, etc., etc. They were great! I was fanatical and bought them all as soon as they came out. This, of course, cost money — but not too much. Each single was only two or three dollars. I was still just a dishwasher at a Soho restaurant — not exactly raking in the dough — but I needed these sides!

I also felt I needed to hear these records in a more time-fluid way, and it hit me that I could make a killer mix tape of all the best songs from these records — and since they were all so short and they all had the same kind of sound and energy, the mix tapes would be a monolithic hardcore rush. I made what I thought was the most killer hardcore tape ever. I wrote 'H' on one side, and 'C' on the other. That night, while we were in bed, and after Kim had fallen asleep, I put the cassette on our stereo cassette player, dragged one of the little speakers over to the bed, and listened to the tape at ultra-low thrash volume. I was in a state of humming bliss. This music had every cell and fiber in my body on heavy sizzle mode. It was sweet.

Before one Sonic Youth tour in the mid-'80s, we decided to get a cassette player for the van. One idea was to install a dashboard unit, but it was rather pricey. At the time, there was a street trend in NYC of hip-hop heads blasting rap mix tapes through massive boomboxes, or "ghetto blasters." Knowing this, I immediately appointed myself the bandmember who would "take care of the tape player" for the van that summer. So I went into this Delancy Street store, and, using the band's limited funds, bought the biggest boombox on display: a Conion, that took 16 size D batteries. The Conion — we nicknamed it "the Conan" — was almost like an extra body, about the size of a small kid. My solution was to place it between the two front seats and have it stand on end, where it would face the back. This actually kind of worked and placated everyone. As we drove through the Holland Tunnel and began to distance ourselves from the city, I jammed in the first of the compiled rap tapes I'd made, and the boombox sounded superb. Cheap, but superb. And funky. The music could only sound this good coming through this kind of system. Within 20 seconds of playback, dissent came drifting forward, "Can you turn it down please?" "What other tapes did you bring?," "I got some Johnny Cash..."

By the time we hit the West Coast, the Conan was covered in the rock 'n' roll stickers, from Meat Puppets to Killdozer. We would have it onstage with us when we played, and I would mic it through the PA for between-song tape action. Kids would give us cassettes all across America — some of them hopeful demos, and some of them mix tapes, and we'd jam them all. By tour's end, there must have been hundreds of tapes strewn about the van, with plastic cases stomped and cracked.

CD technology has displaced the cassette in the mainstream, and mix CDs have become the new cultural love letter/trading-post.

This book can only represent one zillionth of the people out there who have made the coolest tapes for themselves or others. In that respect, it simply exists as a nod to the true love and ego involved in sharing music with friends and lovers. Trying to control sharing through music is like trying to control an affair of the heart — nothing will stop it.