Accessibility links
Excerpt: 'The American Plague' The author draws on primary sources for this nonfiction book recommended by Washington Post columnist John Kelly, evocatively describing the medical missteps and political infighting that characterized an outbreak of yellow fever in 1793. 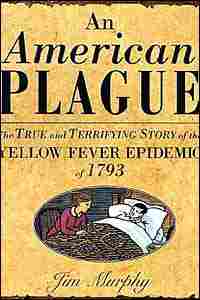 Cover image from The American Plague: The True and Terrifying Story of the Yellow Fever Epidemic of 1793 hide caption

No one paid much attention when a young French sailor died a horrible death in a Philadelphia rooming house in 1793. But he was just the first victim of the deadly epidemic that struck North America's largest city that year. Author Murphy draws on primary sources for this nonfiction book recommended for middle-schoolers by Washington Post columnist John Kelly, evocatively describing the medical missteps and political infighting that characterized the outbreak. He also outlines the contributions of the Free African Society, whose members were thought immune to the mosquito-borne disease and who cared for the sick and dying -- at great cost.

Excerpt from Chapter One: No One Noticed

Saturday, August 3, 1793. The sun came up, as it had every day since the end of May, bright, hot, and unrelenting. The swamps and marshes south of Philadelphia had already lost a great deal of water to the intense heat, while the Delaware and Schuylkill Rivers had receded to reveal long stretches of their muddy, root-choked banks. Dead fish and gooey vegetable matter were exposed and rotted, while swarms of insects droned in the heavy, humid air.

In Philadelphia itself an increasing number of cats were dropping dead every day, attracting, one Philadelphian complained, "an amazing number of flies and other insects." Mosquitoes were everywhere, though their high-pitched whirring was particularly loud near rain barrels, gutters, and open sewers.

These sewers, called "sinks," were particularly ripe this year. Most streets in the city were unpaved and had no system of covered sewers and pipes to channel water away from buildings. Instead, deep holes were dug at various street corners to collect runoff water and anything else that might be washed along. Dead animals were routinely tossed into this soup, where everything decayed and sent up noxious bubbles to foul the air.

Down along the docks lining the Delaware, cargo was being loaded onto ships that would sail to New York, Boston, and other distant ports. The hard work of hoisting heavy casks into the hold was accompanied by the stevedores' usual grunts and mutter oaths.

The men laboring near Water Street had particular reason to curse. The sloop Amelia from Santo Domingo had anchored with a cargo of coffee, which had spilled during the voyage. The bad coffee was dumped on Ball's Wharf, where it putrefied in the sun and sent out a powerful odor that could be smelled over a quarter mile away. Benjamin Rush, one of Philadelphia's most celebrated doctors and a signer of the Declaration of Independence, lived three long blocks from Ball's Wharf, but he recalled that the coffee stank "to the great annoyance of the whole neighborhood."

Despite the stench, the streets nearby were crowded with people that morning -- ship owners and their captains talking seriously, shouting children darting between wagons or climbing on crates and barrels, well-dressed men and women out for a stroll, servants and slaves hurrying from one chore to the next. Philadelphia was then the largest city in North America, with nearly 51,000 inhabitants; those who didn't absolutely have to be indoors working had escaped to the open air to seek relief from the sweltering heat.

More from Chapter One

In all respects it seemed as if August 3 was a very normal day, with business and buying and pleasure as usual.

Oh, there were a few who felt a tingle of unease. For weeks an unsually large supply of wild pigeons had been for sale at the market. Popular folklore suggested that such an abundance of pigeons always brought with it unhealthy air and sickness.

Dr. Rush had no time for such silly notions, but he, too, sensed that something odd was happening. His concern focused on a series of illnesses that had struck his patients throughout the year -- the mumps in January, jaw and mouth infections in February, scarlet fever in March, followed by influenza in July. "There was something in the heat and drought," the good doctor speculated, "which was uncommon, in their influence upon the human body."

The Reverend J. Henry Helmuth of the Lutheran congregation, too, thought something was wrong in the city, though it had nothing to do with sickness of the body. It was the souls of its citizens he worried about. "Philadelphia…seemed to strive to exceed all other places in the breaking of the Sabbath," he noted. An increasing number of people shunned church and went instead to the taverns, where they drank and gambled; too many others spent their free time in theaters which displayed "rope-dancing and other shows." Sooner or later, he warned, the city would feel God's displeasure.

Rush and Helmuth would have been surprised to know that their worries were turning to reality on August 3. For on that Saturday a young French sailor rooming at Richard Demy's boarding house, over on North Water Street, was desperately ill with a fever. Eighteenth-century record keeping wasn't very precise, so no one bothered to write down his name. Besides, this sailor was poor and a foreigner, not the sort of person who would draw much attention from the community around him. All we know is that his fever worsened and was accompanied by violent seizures, and that a few days later he died.

Other residents at Denny's would follow this sailor to the grave -- a Mr. Moore fell into a stupor and passed away, Mrs. Richard Parkinson expired on August 7, next the lodging house owner and his wife, Marry, and then the first sailor's roommate. Around the same time, two people in the house next to Denny's died of the same severe fever.

Eight deaths in the space of a week in two houses on the same street… but the city did not take notice. Summer fevers were common visitors to all American cities in the eighteenth century, and therefore not headline news. Besides, Denny's was located on a narrow out-of-the-way street -- really more an alley than a street. "It is much confined," a resident remarked, "ill-aired, and, in every respect, is a disagreeable street." Things happened along this street all the time -- sometimes very bad things -- that went unnoticed by the authorities and the rest of the population.

So the deaths did not disrupt Philaelphia much at all. Ships came and went; men and women did chores, talked, and sought relief from the heat and insects; the markets and shops hummed with activity; children played; and the city, state, and federal governments went about their business.

No one noticed that the church bells were tolling more often than usual to announce one death, and then another. They rang for Dr. Hugh Hodge's little daughter, for Peter Aston, for John Weyman, for Mary Shewell, and for a boy named McNair. No one knew that a killer was already moving through their streets with them, an invisible stalker that would go house to house until it had touched everyone, rich or poor, in some terrible way. 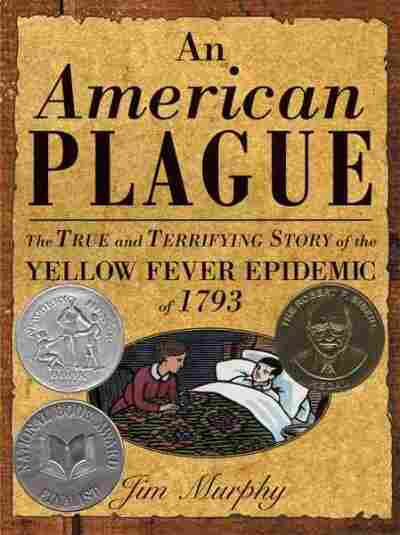