Accessibility links
The 50-Percent Theory of Life A corn crop flourishes despite drought, while a marriage ends in divorce. Surviving life's ups and downs led NPR listener Steve Porter to believe that the good times and bad ultimately balance out.

Listen
The 50-Percent Theory of Life 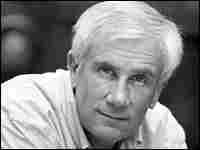 Steve Porter lives on western Missouri farmland that has been in his family since the 1840s and listens to member station KCUR. He has planted one corn crop so far. In addition to coaching and watching baseball, he works in community relations. Nubar Alexanian hide caption 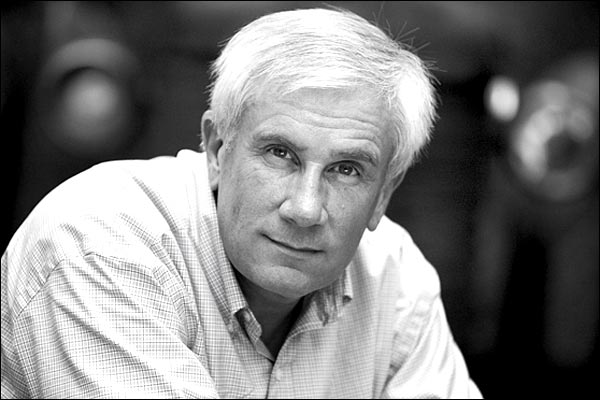 Steve Porter lives on western Missouri farmland that has been in his family since the 1840s and listens to member station KCUR. He has planted one corn crop so far. In addition to coaching and watching baseball, he works in community relations.

I believe in the 50-percent theory. Half the time things are better than normal; the other half, they are worse. I believe life is a pendulum swing. It takes time and experience to understand what normal is, and that gives me the perspective to deal with the surprises of the future.

Let's benchmark the parameters: Yes, I will die. I've dealt with the deaths of both parents, a best friend, a beloved boss and cherished pets. Some of these deaths have been violent, before my eyes, or slow and agonizing. Bad stuff, and it belongs at the bottom of the scale.

Then there are those high points: romance and marriage to the right person; having a child and doing those Dad things like coaching my son's baseball team, paddling around the creek in the boat while he's swimming with the dogs, discovering his compassion so deep it manifests even in his kindness to snails, his imagination so vivid he builds a spaceship from a scattered pile of Legos.

But there is a vast meadow of life in the middle, where the bad and the good flip-flop acrobatically. This is what convinces me to believe in the 50-percent theory.

One spring I planted corn too early in a bottomland so flood-prone that neighbors laughed. I felt chagrined at the wasted effort. Summer turned brutal -- the worst heat wave and drought in my lifetime. The air-conditioner died, the well went dry, the marriage ended, the job lost, the money gone. I was living lyrics from a country tune -- music I loathed. Only a surging Kansas City Royals team, bound for their first World Series, buoyed my spirits.

Looking back on that horrible summer, I soon understood that all succeeding good things merely offset the bad. Worse than normal wouldn't last long. I am owed and savor the halcyon times. They reinvigorate me for the next nasty surprise and offer assurance that I can thrive. The 50 percent theory even helps me see hope beyond my Royals' recent slump, a field of struggling rookies sown so that some year soon we can reap an October harvest.

Oh, yeah, the corn crop? For that one blistering summer, the ground moisture was just right, planting early allowed pollination before heat withered the tops, and the lack of rain spared the standing corn from floods. That winter my crib overflowed with corn -- fat, healthy three-to-a-stalk ears filled with kernels from heel to tip -- while my neighbors' fields yielded only brown, empty husks.

Although plantings past may have fallen below the 50-percent expectation, and they probably will again in the future, I am still sustained by the crop that flourishes during the drought.