Accessibility links
Daddy's Record Collection The commentator pays homage to his father's record collection. Neal is an associate professor with the Department of African and African American Studies at Duke University and author of New Black Man: Rethinking Black Masculinity.

The commentator pays homage to his father's record collection. Neal is an associate professor with the Department of African and African American Studies at Duke University and author of New Black Man: Rethinking Black Masculinity.

On Father's Day, we pay special attention to Dad. For commentator Mark Anthony Neal, thanks to his father, his tribute now includes an appreciation for gospel music.

It was my father's regular ritual: a Sunday morning breakfast of runny eggs, burnt toast, grits and his music.

NEAL: His music: That would be Sam Cooke and the Soul Stirrers, The Highway QC, the Swan Silvertones and the mighty, mighty Mighty Clouds of Joy.

NEAL: And, yes, for this shorty growing up on '70s soul, though Sunday mornings were a God-awful experience that I barely tolerated until I got my own stereo system and could tune out to the rhythms of Parliament Funkadelic, Herman Kelly and Life, and The T-Connection.

Unidentified Singers: (Singers) Get up on the dance floor. Everybody get up.

NEAL: By then I was like every other 13-year-old kid in urban America who was being mesmerized by the burgeoning beats and rhymes of hip-hop. And, ironically, it was hip-hop that brought me back to my father's music, as so many of us would rifle through our parents' old record collections in the eternal search for break beats.

(Soundbite of song "I'm Not Tired Yet")

THE SWAN SILVERTONES: (Singing) Well, I've been looking for Jesus for a long time.

THE SWAN SILVERTONES: (Singing) I've been looking for Jesus for a mighty long time.

NEAL: I didn't find many break beats, but what I did find was my father--and eventually my own calling. It was during my first years away at college that I really began to get nostalgic about those Sunday mornings with my father's music. Very often during breaks I would record some of my father's albums so that I could listen to them when I was away. My father was never the most talkative of men, and like so many black men of his generation he kept his emotions as close to him as the wallet he often slept with. But in my father's silence I finally began to hear the music that spoke volumes about his hopes, passions and fears. His music was the music of a migrant son trying to come to terms with an inadequate education, inequitable wages and a tenuous relationship with the promise of America.

(Soundbite of "That's Heaven to Me")

Mr. SAM COOKE and THE SOUL STIRRERS: (Singing) The things I see as I walk along the street, that's heaven to me.

NEAL: Indeed, when Sam Cooke and the Soul Stirrers sang "That's Heaven to Me," for my father that was the hope that I would achieve all that he couldn't. And that record collection has, in fact, been heaven for me. As a scholar and critic of black music, I owe so much of my own passion for the music to my father and those damn Sunday mornings.

My parents' old record player doesn't work much anymore, and my father is no longer mobile enough to even tap his feet to enjoy the music. Many of those albums have long been out of print, and I've begun the process of having some of them digitized and recorded on compact discs. As my father approaches his 70th birthday, it is my hope to return his albums back to him on CD so that he can enjoy his own private heaven to the gospel harmonies that he introduced to me so long ago.

(Soundbite of "That's Heaven to Me")

GORDON: Mark Anthony Neal is an associate professor of African and African-American studies at Duke University and author of "The New Black Man: Rethinking Black Masculinity." 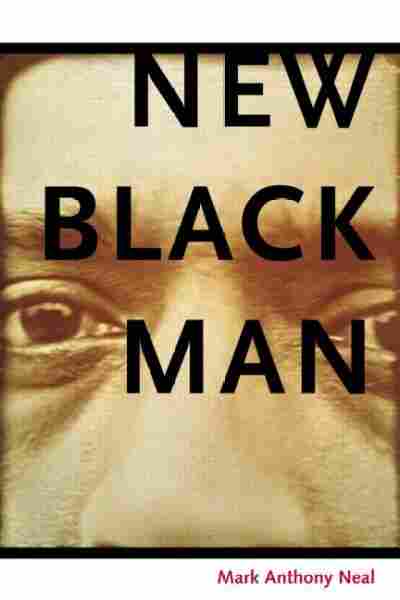