Accessibility links
A Century of 'Variety'-Speak Variety, the show business trade paper known for its punchy and playful language, celebrates its 100th birthday this year. Terms such as "striptease," "payola" and "soap opera" were coined in its pages, along with some boffo adjectives.

Listen
A Century of 'Variety'-Speak

syndie — syndicated television programming, those sold to stations, rather than provided by one of the networks or netlets

Variety, the show business trade paper known for its punchy and playful language, celebrates its 100th birthday this year. Over that time, it has originated such Oxford English Dictionary entries as "striptease," "payola" and "boffo."

As Tim Gray, the paper's executive editor notes, getting familiar with the publication can be like learning a foreign language. But, he says, "There is a certain amount of silly fun in slanguage, because show business people take themselves so seriously." His book, The Hollywood Dictionary, is being released this fall. 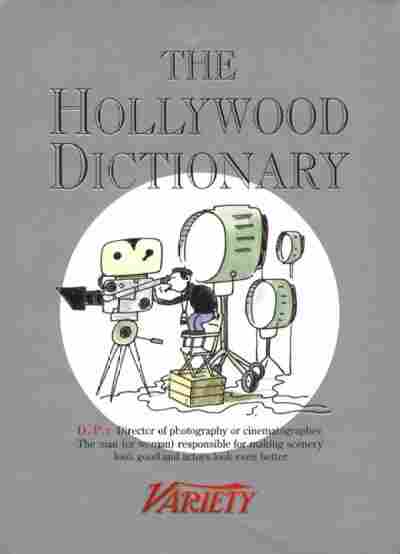