Warning: getimagesize(https://media.npr.org/books/summer/images/montmorency-5416e695a1667062d25ceb151d97a44347aa5e77.jpg): failed to open stream: HTTP request failed! HTTP/1.0 404 Not Found in /var/www/html/src/Views/CommonJsonldView.php on line 87
 Excerpt: 'Montmorency: Thief, Liar, Gentleman?' : NPR
Accessibility links
Excerpt: 'Montmorency: Thief, Liar, Gentleman?' It's 1875 in London and the police have captured career criminal Montmorency. In the process he has been grievously wounded and it is up to a young surgeon to treat his wounds.

Hear an Excerpt from this Book 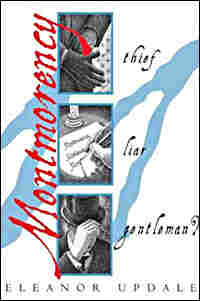 It's 1875 in London and the police have captured career criminal Montmorency. In the process he has been grievously wounded and it is up to a young surgeon to treat his wounds. During his recovery Montmorency learns of the city's new sewer system and sees in it the perfect underground highway for his thievery. He becomes a distinguished man about town during the day, while at night he slips through the smelly tunnels in search of loot. Columnist John Kelly recommends this title, particularly for reading aloud, in his 2005 summer picks.

Get suggestions from columnist John Kelly.

The pain woke him again. Not the constant throb that was so familiar he could hardly remember being without it. This was one of those sharp stabs from the wound along his thigh. Doctor Farcett had dug deep to get through to the shattered bone, and the layers of catgut stitching pulled as the torn flesh struggled to realign itself inside. After so many interventions by the keen young medic, Montmorency should have been prepared for the agony, but each time the aftereffects seemed worse, and the limited pain relief (alcohol and the occasional treat of an experimental gas) less effective.

The candle on the central table had burned almost to nothing: It must be nearly morning, but there was no sign of light though the bars high up in the wall. Montmorency knew there was no point in calling for the night guard. Marston, silent, still, and unsmiling, saw his duties in the prison hospital as strictly limited to preventing escapes. Never mind the fact that Montmorency couldn't even turn over in bed, let alone run away. He'd have to wait in the dark for the arrival of Nurse Darnley, a brusque but well-meaning woman who believed that bad people could be made good and that providing a sip of water to a sick criminal might help that process.

In the meantime, as so often, Montmorency's memory threw up images from a year ago, of the night he was caught. He had hopped across the roof of the factory like an animal fleeing for its life. If he hadn't clung on to the bag of stolen tools, he might have seen the skylight window before his feet found it and he'd fallen through onto the hard iron frame of the grinding machine. He remembered the cold impact of metal against his skin, but nothing else until he'd heard people talking about him as if he wasn't there. "I can assure you there will be no drain on hospital funds. I will provide all necessary equipment and supervision."

It was a voice he later recognized as that of Robert Farcett, the surgeon who wanted to make a name for himself by saving Montmorency from his multiple injuries.

Montmorency could only imagine what had happened in the interim. No doubt the police, find his distorted body in the factory, had been delighted that he had gotten what he deserved for his crime. A quick death would save the courts the trouble and expense of dealing with him. But he had defied their expectations, and his mangled form had been carried off to the teaching hospital near the bridge, where Doctor Farcett had seen him for the first time. The injuries had been grievous, but the body around them had clearly been athletic and strong.

Farcett was preparing a paper for the Royal College of Surgeons on the treatment of complex wounds. He had considered traveling to the Balkans, to find casualties of war so that he could illustrate his theories with real examples. Now, as he worked late among the puking poor of London, an ideal subject lay before him. Without Farcett's help, the man would surely die. If he lived, Farcett's reputation might live on, too.

So it was that the relationship between the doctor and the pitiful heap of bloodstained clothing had developed into a project. The creature didn't die. It survived long enough to become a man deemed fit to stand trial. He was charged under the name "Montmorency," which had been taken by the hospital staff from the brand name on the tool bag still clasped to his chest when the porters had carried him in. Two courtroom guards had to support him as he stood to hear the judge's sentence. Montmorency became prisoner 493 at the new prison, where the warden was fascinated by Doctor Farcett's continuing efforts to rebuild his body. The warden and the doctor took to meeting for dinner and an exchange of views about punishment and public health, agreeing on the need to attack crime by providing work, education, and better sanitation for the families whose ignorance and squalor bred common criminals.

Doctor Farcett became a familiar figure at the jail, and the warden gave him permission to take Montmorency, under guard, to meetings in town where eminent or aspiring physicians and scientists told of their own achievements and wanted to hear about Farcett's pioneering techniques.

It was at those gatherings, sitting almost naked under a blanket at the back of the rostrum, that Montmorency learned as much as anyone present. Though ignored by everyone until it was time for his scars to be exhibited before them, he heard of major advance in medicine, engineering, mathematics, and natural philosophy. A habitual thief, he continued to steal. With no pockets for his booty, he stole ideas and facts, committing to memory every detail of each lecture. He had no plans for putting the information to any use, but it interested him and gave him something to think about in the long hours of drudgery in the prison workshop or idleness in the infirmary after Doctor Farcett's operations.

As Montmorency lay there in pain on the dark, cold morning, he reflected on a long and, for him, rather eventful presentation by the chief engineer to the Metropolitan Board of Works. Suddenly, he had an idea. By the time Nurse Darnley was at his side with a battered tin mug, he had the makings of the scheme that would transform his life.

Copyright Eleanor Updale. Excerpted with permission from the publisher. 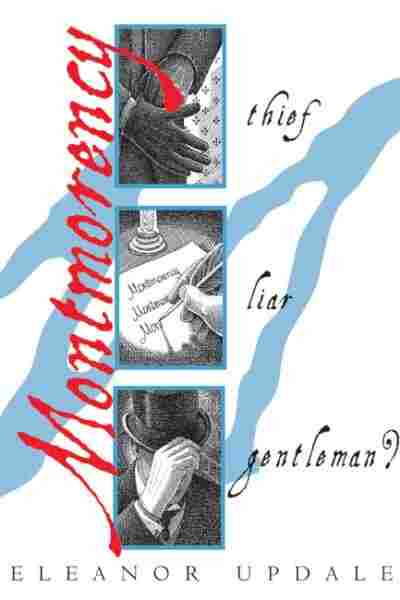