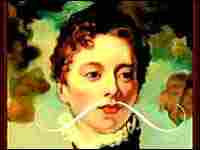 Songs Inspired by the Book

Wesley Stace's first novel, Misfortune, first took shape as a song. Not surprising, since the author is known first and foremost as singer-songwriter John Wesley Harding.

Set in early-nineteenth-century Britain, Misfortune tells the tale of a baby boy orphan rescued by a rich lord and raised as his female heir. Bookseller Steve Bercu, who recently recommended the title on Talk of the Nation, called it a "Dickensian romp [that] has it all: eccentric characters, scheming relatives, triumphs, tragedies, and through it all, a protagonist you won't soon forget."

Assembling a group called The Love Hall Tryst, Stace has recorded a set of songs featured in and inspired by the book. Scott Simon talks to Stace about his book and the forthcoming companion CD, Songs of Misfortune.