Excerpt: 'Over the Edge of the World'

Excerpt: 'Over the Edge of the World' 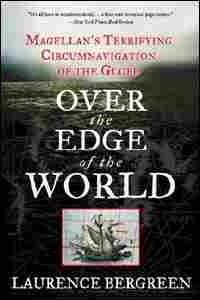 Cover image from Over the Edge of the World hide caption

Alan Greenblatt describes Over the Edge of the World by Laurence Bergreen as the story of Magellan's voyage around the globe, something you might not have thought much about since fifth grade. In Bergreen's hands, however, it's a great adventure story, complete with enough plot elements -- political intrigue, sexual adventurism, travelogue -- to keep anyone happy, even those of us with no interest in navigation.

Nonfiction: Substance in the Summertime July 13, 2005

"He holds him with his skinny hand,/"There was a ship," quoth he./"Hold off! Unhand me, grey-beard loon!"/"Eftsoons his hand dropt he."

On June 7, 1494, Pope Alexander VI divided the world in half, bestowing the western portion on Spain, and the eastern on Portugal.

Matters might have turned out differently if the pontiff had not been a Spaniard -- Rodrigo de Borja, born near Valencia -- but he was. A lawyer by training, he assumed the Borgia name when his maternal uncle, Alfonso Borgia, began his brief reign as Pope Callistus III. As his lineage suggests, Alexander VI was a rather secular pope, among the wealthiest and most ambitious men in Europe, fond of his many mistresses and his illegitimate offspring, and endowed with sufficient energy and ability to indulge his worldly passions.

He brought the full weight of his authority to bear on the appeals of King Ferdinand and Queen Isabella, the "Catholic Monarchs" of Spain who had instituted the Inquisition in 1492 to purge Spain of Jews and Moors. They exerted considerable influence over the papacy, and they had every reason to expect a sympathetic hearing in Rome. Ferdinand and Isabella wanted the pope's blessing to protect the recent discoveries made by Christopher Columbus, the Genoese navigator who claimed a new world for Spain. Portugal, Spain's chief rival for control of world trade, threatened to assert its own claim to the newly discovered lands, as did England and France.

Ferdinand and Isabella implored Pope Alexander VI to support Spain's title to the New World. He responded by issuing papal bulls -- solemn edicts -- establishing a line of demarcation between Spanish and Portuguese territories around the globe. The line extended from the North Pole to the South Pole. It was located one hundred leagues (about four hundred miles) west of an obscure archipelago known as the Cape Verde Islands, located in the Atlantic Ocean off the coast of North Africa. Antonio and Bartolomeo da Noli, Genoese navigators sailing for Portugal, had discovered them in 1460, and ever since, the islands had served as an outpost in the Portuguese slave trade.

The papal bulls granted Spain exclusive rights to those parts of the globe that lay to the west of the line; the Portuguese, naturally, were supposed to keep to the east. And if either kingdom happened to discover a land ruled by a Christian ruler, neither would be able to claim it. Rather than settling disputes between Portugal and Spain, this arrangement touched off a furious race between the nations to claim new lands and to control the world's trade routes even as they attempted to shift the line of demarcation to favor one side or the other. The bickering over the line's location continued as diplomats from both countries convened in the little town of Tordesillas, in northwestern Spain, to work out a compromise.

In Tordesillas, the Spanish and Portuguese representatives agreed to abide by the idea of a papal division, which seemed to protect the interests of both parties. At the same time, the Portuguese prevailed on the Spanish representatives to move the line 270 leagues west; now it lay 370 leagues west of the Cape Verde Islands, at approximately 46°30'W, according to modern calculations. This change placed the boundary in the middle of the Atlantic, roughly halfway between the Cape Verde Islands and the Caribbean island of Hispaniola. The new boundary gave the Portuguese ample access to the African continent by water and, even more important, allowed the Portuguese to claim the newly discovered land of Brazil. But the debate over the line -- and the claims for empire that depended on its placement -- dragged on for years. Pope Alexander VI died in 1503, and he was succeeded by Pope Julius II, who in 1506 agreed to the changes, and the Treaty of Tordesillas achieved its final form.

The result of endless compromises, the treaty created more problems than it solved. It was impossible to fix the line's location because cosmologists did not yet know how to determine longitude -- nor would they for another two hundred years. To further complicate matters, the treaty failed to specify whether the line of demarcation extended all the way around the globe or bisected just the Western Hemisphere. Finally, not much was known about the location of oceans and continents. Even if the world was round, and men of science and learning agreed that it was, the maps of 1494 depicted a very different planet from the one we know today. They mixed geography with mythology, adding phantom continents while neglecting real ones, and the result was an image of a world that never was. Until Copernicus, it was generally assumed that the earth was at the absolute center of the universe, with the perfectly circular planets -- including the sun -- revolving around it in perfectly circular, fixed orbits; it is best to conceive of the earth as nested in the center of all these orbits.

Even the most sophisticated maps revealed the limitations of the era's cosmology. In the Age of Discovery, cosmology was a specialized, academic field that concerned itself with describing the image of the world, including the study of oceans and land, as well as the world's place in the cosmos. Cosmologists occupied prestigious chairs at universities, and were held in high regard by the thrones of Europe. Although many were skilled mathematicians, they often concerned themselves with astrology, believed to be a legitimate branch of astronomy, a practice that endeared them to insecure rulers in search of reassurance in an uncertain world. And it was changing faster than cosmologists realized. Throughout the sixteenth century, the calculations and theories of the ancient Greek and Egyptian mathematicians and astronomers served as the basis of cosmology, even as new discoveries undermined time-honored assumptions. Rather than acknowledge that a true scientific revolution was at hand...

The foregoing is excerpted from Over the Edge of the World by Laurence Bergreen. All rights reserved. No part of this book may be used or reproduced without written permission from HarperCollins Publishers, 10 East 53rd Street, New York, NY 10022. 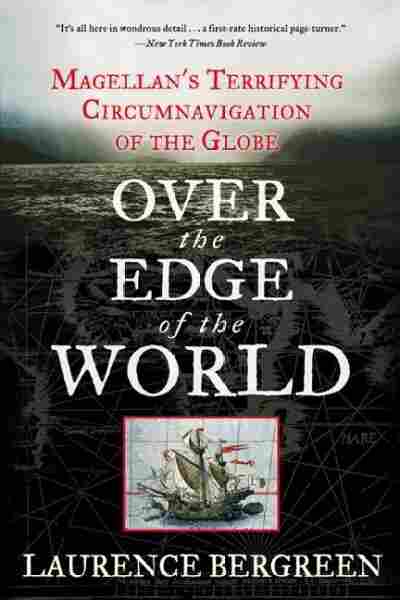 Over the Edge of the World

Magellan's Terrifying Circumnavigation of the Globe