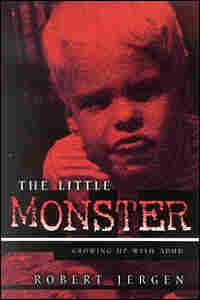 From The Little Monster: Growing Up With ADHD by Robert Jergen.

When I mentioned to my friends and family that I planned on writing an autobiography, nearly all of them looked at me slightly puzzled and asked why. After all, as some of them asked, "Who would want to read about your life?"

It is a fair question. I haven't cured cancer, spied for a foreign country, or killed anybody. I am not a rock or movie star. I haven't played professional sports or made a billion dollars on the stock market. In fact, I haven't done anything infamous or terribly spectacular in any way. Still, I think that what I have done will be of some interest to a great many people, especially parents, teachers, and over 8.5 million children in the United States alone.

You see, in 1993, at the age of twenty-four, I was diagnosed with ADHD. At that very moment, a lifetime of pain, rejection, and failure was suddenly explained to me. I went from thinking that I was a freak and that I would eventually go completely crazy to realizing that I was just different and that was okay. I also realized that I wasn't alone.

I spent the remainder of my twenties trying to find ways of making ADHD an asset. I literally sat down and developed strategies and accommodations that made ADHD a "super ability." I learned how to construct an environment in which I could be productive. I learned how to teach myself what I needed to know. And, most importantly, I learned how to deal with the emotional baggage that comes from years of disappointment and failure.

As a result, I have become pretty "successful" in my life. Specifically, by age thirty-four, I have earned a Ph.D. in special education in half the time my non-ADHD peers did. I became an associate professor and published more in a few years than many academics publish throughout their entire lives. I have won awards, written reports to Congress, been interviewed by Time magazine, and presented talks and papers all over the country. I have my own house, a beautiful girlfriend who loves and respects me, and -- I have to say, I have a wonderful life.

With this book, I am not offering any pat answers. The road to Nirvana is an individualized one and I am afraid that I can't truly help anybody but myself. Nonetheless, through this book, I will attempt to accomplish three things.

The first is to explain to "normal" people what it is like having ADHD. Parents, teachers, social workers, counselors, and the myriad of other professionals who work with children with ADHD cannot help these kids without first appreciating what their lives are like. Unfortunately, after reading everything that I could get my hands on, I realized that there are currently no books that accurately discuss ADHD from the perspective of the child. Additionally, the literature that is out there makes ADHD sound as if it is some sort of horrible infliction from the Middle Ages -- which, as you will soon see, is simply not true.

Secondly, I outline some of the strategies that have helped me find happiness and success. I go through the process that I used to develop these approaches as well as my rationale behind them. Perhaps, through this exploration, you will find something that works for you or your child.

Finally, it is my greatest desire that, through investigating the good and bad of my life, I can give people hope. In and of itself, ADHD is not a bad thing. As I will say over and over again, it is a powerful gift -- if it is utilized properly. I have ADHD. I am glad that I have ADHD. I wouldn't want to be any other way. I will even go so far as to say that, if I ever have children, I hope that they will have ADHD, too. In short, having ADHD is A-OK! By the time you get to the end of this book, I am betting that you will agree.

Before you begin reading, I need to point out that I have tried to be as accurate as possible in retelling these stories. I have relied upon a wealth of notes from my former teachers as well as observations provided by my friends, family, and coworkers. Whenever possible, I have tried to quote people as best as I am able. But, as we will discuss, people with ADHD have faulty memories. Moreover, many of these events happened while I was very young or drinking. Still, I believe that I have given some resemblance of the "truth," although others in my life might disagree.

I also want to point out that I tell a lot of stories involving my family. I give particular emphasis to how they responded to my "uniqueness." As a result, they might come across as ogres. They aren't. They were, and are, good people. I just frustrated them and they didn't know how to deal with me. Still, I believe that people can learn from these stories and find some sort of comfort in the notion that somebody like me turned out more or less okay.

The Little Monster by Robert Jergen, published by Rowman & Littlefield Education, appears by permission of the publisher). 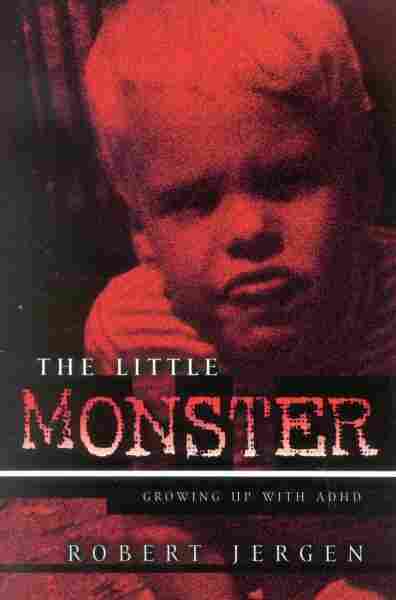 Growing Up With Adhd