Accessibility links
Excerpt: 'Rain or Shine' Cyra McFadden grew up on the rodeo circuit, traveling all over the West with her free-spirited parents. She looks back with pride, regret, and humor on family life spent and misspent in the gaudy, gritty world of rodeo. 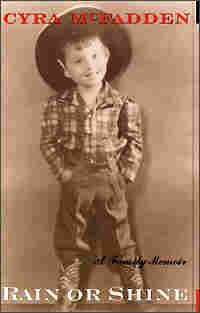 Cyra McFadden lives in San Francisco and is the author of The Serial, a bestselling parody of life in Marin County, Calif. University of Nebraska Press hide caption

Cyra McFadden grew up on the rodeo circuit, traveling all over the West with her free-spirited parents. She looks back with pride, regret, and humor on family life spent and misspent in the gaudy, gritty world of rodeo.

When they were young, my parents believed they were indestructible, so fast and flashy nothing could touch them. Cy was a lady-killer, a small, natty man who riverboat-gambler good looks struck women down like lightening bolts. My mother, the former Patricia Montgomery, was a vaudeville dancer, the star of the St. Louis Municipal Opera in the late twenties. When she married Cy, she turned trick rider in the rodeo equivalent of halftime shows. You can take the girl out of show biz, but you cannot take a little girl from Little Rock, or Paragould, which is close enough, and turn her into a house pet.

At least not Pat, with her performer’s ego, her longing to shine. Tiny-waisted and white-skinned, her black hair slicked to her cheekbones in sculpted spit curls, she was Cy’s equal in recklessness, matching him drink for drink, seduction for seduction, irrational impulse for irrational impulse. Together they shot off sparks and left behind scorched earth, and if they ever thought about how their travels might end, they didn’t waste much time on sober reappraisal.

They had more pressing concerns, the main one how to get to the next town with little money, a child and hangovers. My father’s schedule took him from Butte, Montana, to Salt Lake City, Utah, from Puyallup, Washington, to Baton Rouge, Louisiana, and sometimes the travel time was a couple of days. We lived in a 1937 blue Packard, spending endless, viciously hot days in it going from Canada to New Mexico and back up to Wyoming, Utah and Idaho–wherever there were rodeos. We slept in that car, ate breakfast, lunch and dinner in it, sang along with the Sons of the Pioneers in it, quarreled in it. My parents must have made love in it, when I was asleep and the Packard parked behind the bleachers in some small-town fairground, waiting for daylight and the rodeo. Between them, there was a strong erotic pull. They walked with their hips touching and had flaming fights over each other’s real and imagined flirtations.

Raised on a North Dakota farm, one of nine children of a French Canadian family, Cy had been a law student, a self-taught musician who led dance bands and played in Billings and Salt Lake City. In both towns, he was a celebrity, known as “The Singing Announcer” because until a tonsillectomy put an end to this facet of his career, he sang with his bands.

The huge leather scrapbooks he kept all his life document some of these successes; but he claimed triumphs in everything he did, telling a writer for a trade paper called Hoofs and Horns, early in his rodeo career, that he’d won a Golden Gloves championship when he was boxing and given a recital at Carnegie Hall as a child prodigy violinist.

How much of that interview is true, I don’t know, nor do I think Cy did. For much of his life, he was engaged in the game of inventing himself–adding to what was true what was desirable, stirring counterclockwise and serving up the mix. He must have swallowed much of it himself.

What is fact is that after leaving law school with a theatrical troupe, he ended up, in his early twenties, in Great Falls, where he became a radio announcer and moonlighted as a musician. His hill-billy band, reported the Great Falls Tribune, drew 14,600 letters to the local radio station in six and a half weeks. This was roughly half the population of Great Falls at the time. It must have been a letter-writing town.

After two months in St. Paul, Minnesota, as “announcer and entertainer,” Cy came back to Great Falls, and in 1929 was leading a trio during the dinner hour at the Hotel Rainbow and picking up other band jobs around town. “The Green Mill gardens, dinner and dancing resort on the paved extension of Second Avenue North, will be formally opened tonight. Eddie Stamy will be director of the orchestra that will play for at least four dances a week. Cy Taillon, Minneapolis, who handles the drums, violin, bells, piano, and most anything else, is charged with providing the sweet numbers.” 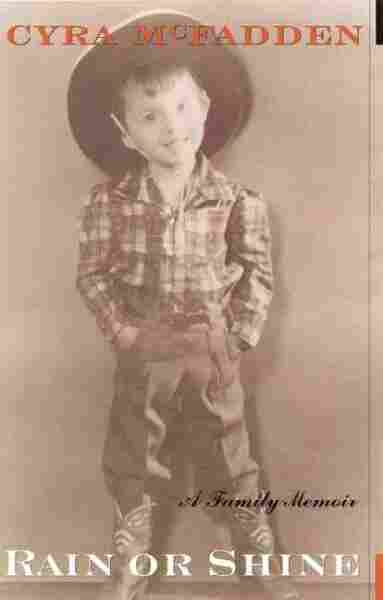