Accessibility links
Galatoire's: 100 Years of an Eating Institution The landmark New Orleans eatery turns 100 this year. Locals and celebrities, U.S. presidents among them, have queued up for a table over the years at a bistro celebrated in a biography by two regulars. 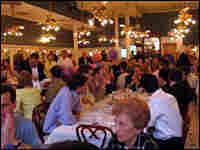 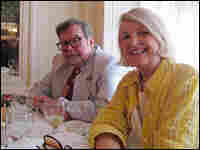 Hear authors Marda Burton and Kenneth Holditch read from their book Galatoire's: Biography of a Bistro:

Burton reads from the book's introduction.

Holditch reads from a chapter in praise of Chef Milton Prudence and his Oysters Rockefeller.

In Praise of a Chef

New Orleans is a city obsessed with food, and this year, one of its landmark eateries is celebrating its 100th anniversary. 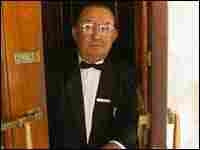 It's common for the same waiter at Galatoire's to have served a family for generations. Philip Gould/Corbis hide caption

Located in the city's French Quarter, Galatoire's restaurant has been serving specialties like Trout Marguery, Crabmeat Ravigote and Oysters en Brochette for a century. The recipes came from France with founder Jean Galatoire, who bought an existing restaurant on the site of his namesake bistro in 1905. He soon sent for his three nephews from southern France. Their grandchildren now run the place.

The line for a lunch table starts early in the morning. Many line up not just for a good seat, but to ensure they are served by their regular waiter -- it's common for the same waiter to have served a family for generations. Over the decades, celebrities who have joined the queue include Tennessee Williams, Harpo Marx and Mick Jagger -- and even a few U.S. presidents.

To commemorate Galatoire's centennial, two of the restaurant's regulars, Kenneth Holditch and Marda Burton, have written a book, Galatoire's: Biography of a Bistro. They join NPR's Debbie Elliott for a Friday lunch dining experience, and share recipes from the storied restaurant below:

3 tablespoons of Lea and Perrin

Place each poached oyster on a shell and cover each shell with a spoonful of the Rockefeller sauce. Broil oysters until brown and serve hot.

Serves 4 as an appetizer.

Heat about 1 inch oil in a deep heavy-bottomed skillet over medium-high heat. When oil reaches about 350 degrees, add potatoes and fry, stirring occasionally, until golden, about 10 minutes. Drain on paper towels and sprinkle with salt.

Bring a medium pot of salted water to a boil over high heat. Add peas and cook for one minute. Drain, refresh under cold water, and set aside.

Melt 4 tablespoons of butter in a large skillet over medium heat. Add shrimp and half the garlic and cook, stirring occasionally, until shrimp are opaque, about 3 minutes. Transfer shrimp to a plate.

Remove and discard mushroom stem, then thinly slice cap. Cut slices in half or in thirds (depending upon size of mushroom). Melt remaining 1 tablespoon butter in skillet over medium heat. Add mushrooms and cook, turning once or twice, until golden, about 2 minutes.

Increase heat to medium-high. Add potatoes, peas, and shrimp to skillet. Mix well, then add parsley and remaining garlic and season to taste with salt and pepper. Cook, stirring frequently, for 1-2 minutes. Arrange lettuces on 4 plates, top with shrimp mixture, and serve.

Salt and white pepper to taste

In a large skillet, saute the mushrooms, then add the artichoke bottoms and crabmeat. Saute gently until heated thoroughly. Season with salt and white pepper. Garnish with finely chopped parsley. Serve over toast points and with a lemon wedge.

Recipes excerpted from Galatoire's: Biography of a Bistro by Marda Burton & Kenneth Holditch. Used by permission of Hill Street Press. 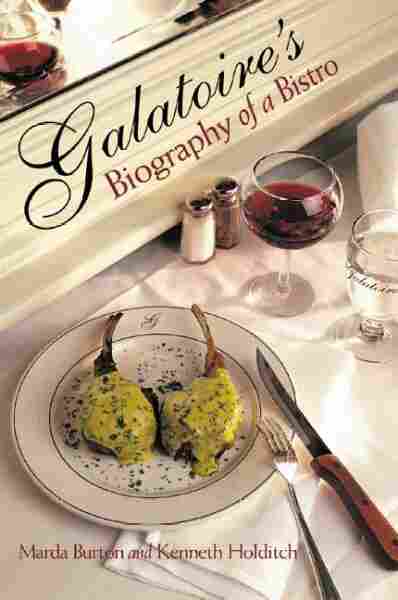 Biography of a Bistro