Accessibility links
Excerpt: 'Astro Turf' Author M.G. Lord, the daughter of an engineer at the Jet Propulsion Laboratory in Pasadena, Calif., weaves together the story of her family's life with that of the scientific journey to explore Mars. 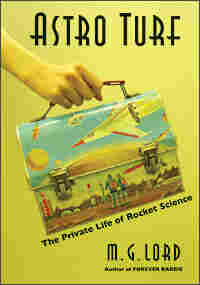 Author M.G. Lord, the daughter of a rocket engineer at the Jet Propulsion Laboratory in Pasadena, Calif., weaves together the story of her family's life with that of the scientific journey to explore Mars.

From Mariner Mars 69 or A Foot Soldier's Story:

In the early 1960s, "nuclear," too, was a positive word. Far from an incipient Chernobyl, San Onofre, the atomic power plant near San Diego, was a happy destination for fourth-grade field trips. Nor did "nuclear" family imply dysfunction. It was the ideal to which my parents aspired. But because both of them had come from fractured homes, they weren't confident that they could achieve it.

The daughter of German immigrants—my grandfather made beer at New Orleans' Dixie Brewery--my mother lost her mother to cancer when she was nine. She was brought up, along with her six brothers, by her two older sisters, one of whom was so traumatized by raising teenage boys that she fled into a convent. (The other married but did not have children.) As a consequence, when it came to family, my mother didn't trust herself. She was always checking herself against other mothers, seeking validation. She didn't even trust her feelings when she went into labor. She believed her obstetrician, who told her by phone that what she felt could not possibly be contractions. He was soon proven wrong, however, when I arrived prematurely on the kitchen floor.

My parents studied guidebooks on family life. I still own one called At Home by Paul R. Hanna and Genevieve Anderson Hoyt. Published in 1956, it showcases a model family unit, whose nucleus is Dad. He asserts his primacy in a struggle over the television set, of all things. "Father is home, Susan," the model son tells the model daughter. "We have to see what Father wants to see now."

Of course in the 1950s, the whole country was conformist. No one I knew stood out or wanted to stand out. La Jolla, which today is a cosmopolitan university town, was then a backwater, its identity merged with that of San Diego, home to a naval base, whose tone was set by defense contractors and the military. As I child, I never questioned my parents' values. I'd like to say that I chafed at the uniformity, but the fact was, I loved it. I was a born hall monitor.

I was also in love with my father. Given my adult ambivalence, I assumed that I had been distant from him. But home movies belie that memory. Many are over-the-top Freudian pantomimes. One takes place in a powerboat bounding over Lake Tahoe. I clamber onto my father's lap; he puts me down. I scramble up; he puts me down. When, finally, he lets me stay, my mother slides over and wraps her arm around us. Infuriated, I shove her out of the frame.

Another unfolds at a backyard barbeque. I climb into a tree house, lugging the decrepit space helmet that my father had rescued from Convair's trash. My mother follows me up and pretends that she is stuck in the child-size entrance. I play along, trying to push then pull her out. But when I realize that she has upstaged me—that the laughing onlookers are cheering for her--I turn away, put on the helmet, and slam the visor shut.

I learned about drama through such episodes, not from children's editions of Shakespeare. Literature, history, poetry, even current non-fiction were not priorities in our home, or the homes of other engineers. What mattered was science. I was barely born when Sputnik launched on October 4, 1957. But I felt its effect, the National Defense Education Act, which prodded kids to study science. My mother, who had dropped out of graduate school in chemistry, made one thing perfectly clear. I would not be dropping out of anything.

When it came to competition, my father was lower-key, perhaps because of his checkered academic past. (My mother had forced my father to finish his degree in night school.) Nevertheless, we spent many hours one year on my entry in my school's annual kite contest, a dazzling tubular object that somehow created lift. In another school, where everybody's dad was an investment banker or a corporate lawyer or a professor of Greek, my kite would undoubtedly have taken first prize. But this was San Diego, the land of aerospace, and the contest was a Skunk Works of cutting edge concepts—multiple tubes lashed together, biplanes, triplanes, batwings. My kite did not even earn honorable mention.

2005 by M.G. Lord. First published in the USA in 2005 by Walker Publishing Company Inc. Published simultaneously in Canada by Fitzhenry and Witeside, Marhkam, Ontario, L3R 4T8. 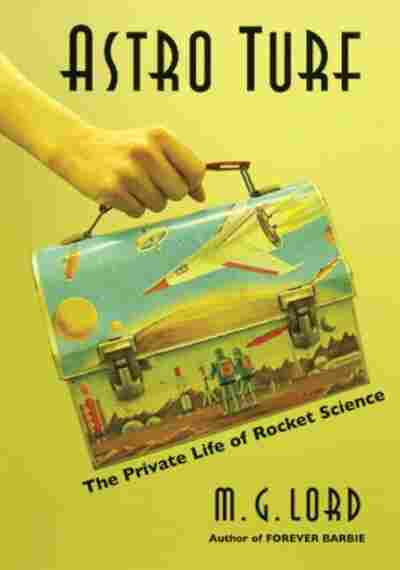 The Private Life Of Rocket Science