Accessibility links
Excerpt: 'Hons and Rebels' Author Jessica Mitford tells her story of growing up on an estate in 1920s England. An aristocrat by birth, Mitford lead a life that took her to fight in the Spanish Civil War, before planting her flag as a provocative journalist. 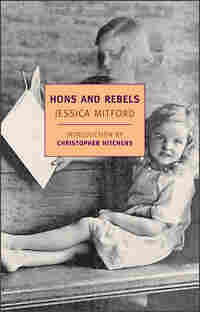 Jessica Mitford was the daughter of Lord and Lady Redesdale. She was one of seven children. Mitford died in 1996. New York Review Books hide caption

Author Jessica Mitford tells her story of growing up on an estate in 1920s England. An aristocrat by birth, Mitford lead a life that took her to fight in the Spanish Civil War, before planting her flag as a provocative journalist.

Family souvenirs have an almost universal fascination. In most homes there exist, put away in attics or on top shelves, a row of Baby's first shoes, Brother's prize-winning essay in the school paper, Sister's wedding veil, fading telegrams of congratulations on this, that and the other. Most houses, too, bear scars imprinted by those who have lived in them—the still-visible BB gun shots fired by an unsteady childish hand, the hole in the fireplace rug suffered when a party got too gay.

After the onset of middle age these trophies begin to hold considerable interest, for it is then that they bring back in startling relief forgotten events, memories completely buried under a mountain of thousands upon thousands of days gone by. When I first revisited my mother's house in 1955, at the age of thirty-eight, after an absence of nineteen years, I too fell under the spell of the past. The tangible evidences of this past are, it is true, somewhat different from those found in the average English home.

In the windows, still to be seen, are swastikas carved into the glass with a diamond ring, and for every swastika a carefully delineated hammer and sickle. They were put there by my sister Unity and myself when we were children. Hanging on the walls are framed pictures and poems done by Unity when she was quite small—queer, imaginative, interesting work, some on a tiny scale of microscopic detail, some huge and magnificent. The Hons' Cupboard, where Debo and I spent much of our time, still has the same distinctive, stuffy smell and enchanting promise of complete privacy from the Grown-ups.

There are shelves of family books in the drawing room: Memories by Lord Redesdale, Grandfather's depressingly huge autobiography; Writings of a Rebel, a privately printed volume of letters to The Times by Uncle Geoff; Esmond Romilly's Out of Bounds and Boadilla; a couple of books by Sir Oswald Mosley; an impressive shelf of Nancy's books, both in English and in translation.

The most fascinating of all are my mother's voluminous scrapbooks, dozens of them, huge tomes, each arranged carefully in some sort of order either of subject matter or of period. One is devoted entirely to newspaper clippings about the family: "Whenever I see the words 'Peer's Daughter' in a headline," she once commented rather sadly, "I know it's going to be something about one of you children." Another is a collection of her children's wedding photographs. Diana's wedding to Bryan Guinness, by far the grandest, takes up most of the book, and the sepia photos themselves are so huge that they hardly fit the immense pages. There is pose after pose, Diana close-up, Diana standing by the fireplace, Diana full face, Diana three-quarter face, all with the same pure, bridal expression. Then comes Nancy's wedding, with ten little pageboys in white satin, some of them bundled up against the cold in cashmere shawls. Pam and Debo seem to have been short-changed, for there are many fewer photos of their weddings, Pam's having taken place in a registry office and Debo's in the middle of the war. Somewhere buried in this wedding scrapbook is a rather fuzzy snapshot, labeled "Decca's Wedding," of my husband and myself, sitting together looking self-consciously defiant on the edge of an unmade bed in a hotel bedroom. "I'm sorry about it, Little D, but it's the only one there was, you know," my mother said gently.

Looking backward is not much in my nature, but, once having looked, I decided to set down what I saw. I suppose this is the place to mention that inaccuracies and distortions there are bound to be, as always when relying entirely on recollection; yet for an account such as this there are no other sources but one's own, sometimes unreliable, memory. 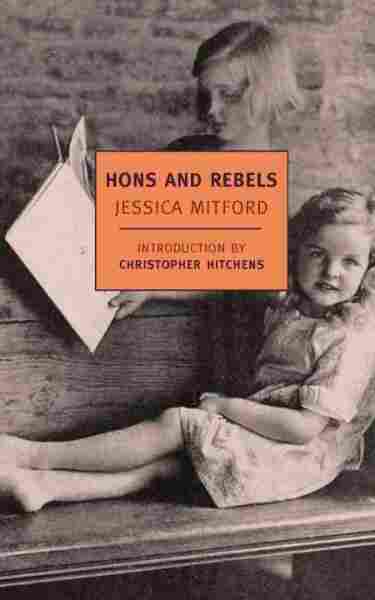 by Jessica Mitford and Christopher Hitchens