Excerpt: 'In the Shadow of Memory'

Excerpt: 'In the Shadow of Memory' 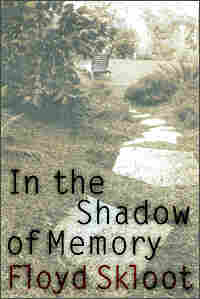 In the Shadow of Memory was the winner of the 2004 PEN Center USA Literary Award for Creative Nonfiction. University of Nebraska Press hide caption

In December 1988 Floyd Skloot was stricken by a virus that targeted his brain. In the Shadow of Memory tells Skloot's story of illness, and his drive to recover from it.

I used to be able to think. My brain's circuits were all connected and I had spark, a quickness of mind that let me function well in the world. I could reason and total up numbers; I could find the right word, could hold a thought in mind, match faces with names, converse coherently in crowded hallways, learn new tasks. I had a memory and an intuition that I could trust.

All that changed when I contracted the virus that targeted my brain. More than a decade later, most of the damage is hidden.

My cerebral cortex, the gray matter that MIT neuroscientist Steven Pinker likens to "a large sheet of two-dimensional tissue that has been wadded up to fit inside the spherical skull," is riddled instead of whole. This sheet and the thinking it governs are now porous. Invisible to the naked eye but readily seen through brain imaging technology are areas of scar tissue that constrict blood flow. The lesions in my gray matter appear as a scatter of white spots like bubbles or a ghostly pattern of potshots. Their effect is dramatic; I am like the brain-damaged patient described by neuroscientist V. S. Ramachandran in his book Phantoms in the Brain: "parts of her had forever vanished, lost in patches of permanently atrophied brain tissue." More hidden still are lesions in my Self, fissures in the thought process that result from this damage to my brain. When the brain changes, the mind changes these lesions have altered who I am.

Neurologists have a host of clinical tests that let them observe what a brain-damaged patient can and cannot do. They stroke his sole to test for a spinal reflex known as Babinski's sign or have him stand with feet together and eyes closed to see if the ability to maintain posture is compromised. They ask him to repeat a set of seven random digits forward and four in reverse order, to spell world backward, to remember three specific words such as barn and handsome and teach after a period of unrelated conversation.

But I do not need a sophisticated and expensive high-tech test to know what my damaged brain looks like. People living with such injuries know intimately that things are amiss. They see it in activities of daily living, in the way simple tasks become unmanageable.

This morning, preparing oatmeal for my wife, Beverly, I carefully measured out one-third cup of oats and poured them onto the pot's lid rather than into the bowl. In its absence, a reliably functioning brain is something I can feel viscerally. The zip of connection, the shock of axon-to-axon information flow across a synapse is not simply a textbook affair for me. Sometimes I see my brain as a scalded pudding, with fluky dark spots here and there through its dense layers, and small scoops missing. Sometimes I see it as an eviscerated old TV console, wires all disconnected and misconnected, tubes blown, dust in the crevices.

Some of this personal, low-tech evidence is apparent in basic functions like walking, or accurately sitting in the chair I'm approaching, or breathing if I am tired. It is apparent in activities requiring the processing of certain fundamental information. For example, no matter how many times I have been shown how to do it, I cannot assemble our poultry shears or the attachments for our hand-cranked pasta maker. At my writing desk, I finish a note and place the pen in my half-full mug of tea rather than in its holder, which quite obviously teems with other pens. I struggle to figure out how a pillow goes into a pillowcase. I cannot properly adjust Beverly's stereo receiver to access the radio; it has been and remains useful to me only in its present setting as a cd player. These are all public, easily discernible malfunctions.

However, it is in the utterly private sphere that I most acutely experience how changed I am. Ramachandran compares this to harboring a zombie, playing host to a completely nonconscious being somewhere inside yourself. For me, being brain damaged also has a physical, conscious component. Alone with my ideas and dreams and feelings, turned inward by the isolation and timelessness of chronic illness, I face a kind of ongoing mental vertigo in which thoughts teeter and topple into those fissures of cognition I mentioned earlier. I lose my way. I spend a lot of time staring into space, probably with my jaw drooping, as concentration disintegrates and focus dissolves. Thought itself has become a gray area, a matter of blurred edges and lost distinctions, with little that is sharp about it. This is not the way I used to be.

In their fascinating study Brain Repair, an international trio of neuroscientists Donald G. Stein from America, Simón Brailowsky from Mexico, and Bruno Will from France reports that after injury "both cortical and subcortical structures undergo dramatic changes in the pattern of blood flow and neural activity, even those structures that do not appear to be directly or primarily connected with the zone of injury." From this observation, they conclude that "the entire brain not just the region around the area of damage reorganizes in response to brain injury." The implications of this are staggering; my entire brain, the organ by which my very consciousness is controlled, was reorganized one day fourteen years ago. I went to sleep here and woke up there; the place looked the same but nothing in it worked the way it used to.

If Descartes was correct, and to think is to be, then what happens when I cannot think, or at least cannot think as I did, cannot think well enough to function in a job or in the world? Who am I?

Excerpted from In the Shadow of Memory by Floyd Skloot. Copyright © 2003 by Floyd Skloot. Excerpted by permission of University of Nebraska Press. All rights reserved. No part of this excerpt may be reproduced or reprinted without permission in writing from the publisher. 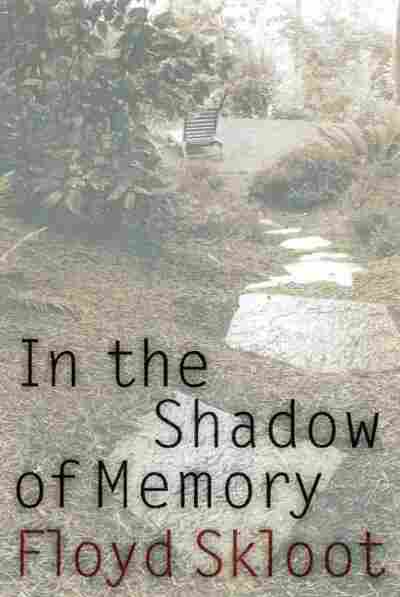 In The Shadow Of Memory

Title
In The Shadow Of Memory
Author
Floyd Skloot