Accessibility links
Excerpt: 'Minor Characters' Author Joyce Johnson tells the story of the Beat movement in New York, and the story of her romantic relationship with Jack Kerouac. 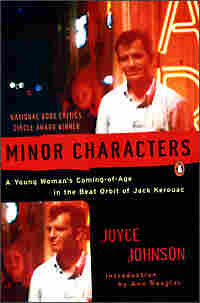 Joyce Johnson fell in love with Jack Kerouac on a blind date arranged by Allen Ginsberg nine months before the publication of On the Road made Kerouac an instant celebrity. Penguin Books hide caption

Author Joyce Johnson tells the story of the Beat movement in New York, and the story of her romantic relationship with Jack Kerouac.

Scuffling was what you did in my new neighborhood, soon to be called the East Village. The original poor of the Lower East Side had scuffled without hope, of course, selling their labor for low wages. Their children grew up and fled to Queens or Jersey, leaving room in the tenements for middle- class children loosely defined as "artists, who believed for a while, under the influence of all the new philosophy and rejecting the values of their own parents, that they had no use for money. Nomads without rucksacks, they joyfully camped out among the gloomy Ukrainians, the suspicious Poles, the Italian fruit vendors, the retired Jewish garment workers dying in their fourth- floor walkups. The newcomers to the neighborhood regarded jobs the way jazz musicians regarded gigs- brief engagements. A steady gig (really a contradiction in terms) was valued chiefly as a means of getting unemployment insurance. The great accomplishment was to avoid actual employment for as long as possible and by whatever means. But it was all right for women to go out and earn wages, since they had no important creative endeavors to be distracted from. The women didn't mind, or, if they did, they never said- not until years later.

Meanwhile rents were low, you could eat for next to nothing, toilets were in the hallway, bathtubs were in the kitchen and you never let the meter man in you could help it. Con Ed trucks appeared on the streets on Friday mornings to turn delinquent payers off for the weekend, plunging them into penal darkness even if they could have paid up that very afternoon. Yahrzeit candles, or the Puerto Rican kind with rainbow- colored wax, were hoarded for such emergencies. Poems were written about roaches who lived in the stove, the woodwork, the innards of portable radios and shoes, and copulated in the chocolate smelling gas heat of winter. Wives swapped recipes for chicken- back stew or lentil soup with gizzards; tofu had not yet been discovered in the West…

I loved the slums, my slums, the sweet slums of Bohemia and beatnikdom, where sunflowers and morning glories would bloom on fire escapes in the summer and old ladies weighed down by breasts leaned on goosedown pillows in windows, self- appointed guardians of the street, and Tomkins Square with its onion- topped church had the greyness of photos of Moscow. Who would not wish to be a scuffler on Second Avenue? I bought seven- cent bagels and ten- cent half- sour pickles and sat up till dawn in Rappaport's, where they gave you a whole basket of rolls free, drinking coffee with a jazz trombonist from St. Louis and a poet just arrived from Chicago.

From Minor Characters by Joyce Johnson, published by Penguin Books. Reprinted by permission of the publisher. 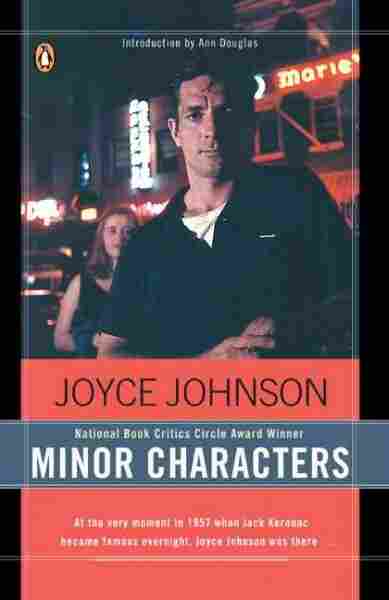