Accessibility links
Mysterious Connections that Link Us Together How do we open ourselves to the connections that can unite us even across racial, political or religious differences? Iranian-born writer Azar Nafisi finds the answer in a classic of American literature.

Listen
Mysterious Connections that Link Us Together

I believe in empathy. I believe in the kind of empathy that is created through imagination and through intimate, personal relationships. I am a writer and a teacher, so much of my time is spent interpreting stories and connecting to other individuals. It is the urge to know more about ourselves and others that creates empathy. Through imagination and our desire for rapport, we transcend our limitations, freshen our eyes, and are able to look at ourselves and the world through a new and alternative lens. 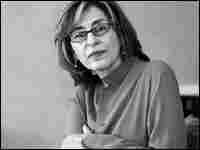 Iranian-born writer Azar Nafisi was fired from the University of Tehran for refusing to wear a veil. Her book, Reading Lolita in Tehran, is based on the years she secretly taught literature to female students in her home. Nafisi now works at the Johns Hopkins School for Advanced International Studies.

Whenever I think of the word empathy, I think of a small boy named Huckleberry Finn contemplating his friend and runaway slave, Jim. Huck asks himself whether he should give Jim up or not. Huck was told in Sunday school that people who let slaves go free go to "everlasting fire." But then, Huck says he imagines he and Jim in "the day and nighttime, sometimes moonlight, sometimes storms, and we a-floating along, talking and singing and laughing." Huck remembers Jim and their friendship and warmth. He imagines Jim not as a slave but as a human being and he decides that, "alright, then, I'll go to hell."

What Huck rejects is not religion but an attitude of self-righteousness and inflexibility. I remember this particular scene out of Huck Finn so vividly today, because I associate it with a difficult time in my own life. In the early 1980s when I taught at the University of Tehran, I, like many others, was expelled. I was very surprised to discover that my staunchest allies were two students who were very active at the University's powerful Muslim Students' Association. These young men and I had engaged in very passionate and heated arguments. I had fiercely opposed their ideological stances. But that didn't stop them from defending me. When I ran into one of them after my expulsion, I thanked him for his support. "We are not as rigid as you imagine us to be Professor Nafisi," he responded. "Remember your own lectures on Huck Finn? Let's just say, he is not the only one who can risk going to hell!"

This experience in my life reinforces my belief in the mysterious connections that link individuals to each other despite their vast differences. No amount of political correctness can make us empathize with a child left orphaned in Darfur or a woman taken to a football stadium in Kabul and shot to death because she is improperly dressed. Only curiosity about the fate of others, the ability to put ourselves in their shoes, and the will to enter their world through the magic of imagination, creates this shock of recognition. Without this empathy there can be no genuine dialogue, and we as individuals and nations will remain isolated and alien, segregated and fragmented.

I believe that it is only through empathy, that the pain experienced by an Algerian woman, a North Korean dissident, a Rwandan child or an Iraqi prisoner, becomes real to me and not just passing news. And it is at times like this when I ask myself, am I prepared -- like Huck Finn -- to give up Sunday school heaven for the kind of hell that Huck chose?