Accessibility links
Crossing East: Surviving Pol Pot, with Music Cambodian musician Daran Kravanh survived the "killing fields" and genocide under the Khmer Rouge regime, with the help of an unlikely ally: an accordion. Being a musician kept him alive during the brutal antil-Western genocide.

"I cannot tell you how or why I survived; I do not know myself." 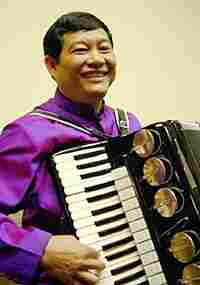 So begins the book Music Through the Dark, the remarkable story of how Cambodian musician Daran Kravanh survived the "killing fields" and genocide under the Khmer Rouge regime.

Kravanh came from a musical family of 11, but at 21, his tranquil life as an accordion player ended as the Khmer Rouge stormed the capital on April 19, 1975. Followers of Pol Pot singled out anyone educated, professional or "capitalist," meaning Westernized.

Kravanh, then a college student wearing a collared shirt and tie, was singled out and marched into the forest with others to be executed. He escaped and tried to reach Thailand, but chose not to risk the minefields along the border. He surrendered to the Khmer Rouge and was put to work in the camps, farming without tools.

Then, a miracle: He discovered an accordion on a tree stump and began to play. The soldier who owned the accordion told him to keep playing, and soon he and other musicians were performing in festivals glorifying the new regime.

On Jan. 7, 1979, Pol Pot fled the country to escape a military offensive launched by Vietnam. Three million Cambodians were dead; another four million were starving. The soldiers simply told Kravanh and others to leave the camp. When he reached home, he found a gate post, cement steps to the house and one younger brother. All else was gone.

He left Cambodia for Thailand in 1984, lived in refugee camps for four years and eventually arrived in America. Kravanh says when he gets together with Cambodian musicians now, they rarely talk about what he calls the "hell time."

"When you say one word, 'How do you survive?' I cannot answer," he says. "Killing fields, several civil wars... and minefields and refugee camps, and here. I'm here. Across everything. I cannot believe how can I survive. But I am here, and I am still Daran." 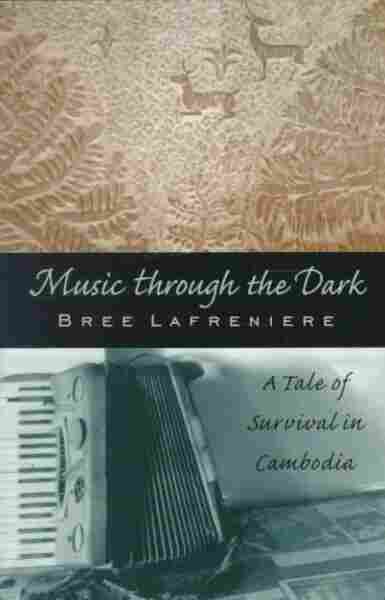 Music Through the Dark

A Tale of Survival in Cambodia

by Bree Lafreniere and Daran Kravanh