Accessibility links
Author Points to Foreign Hands in Eritrea's Tragedy Michela Wrong, author of I Didn't Do it For You: How the World Betrayed a Small African Nation, talks with Scott Simon about this cautionary tale cataloguing the disastrous interference of foreign powers. 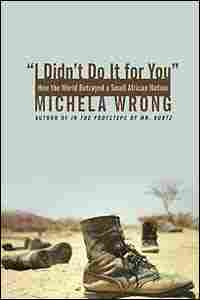 Cover of I Didn't Do It for You hide caption 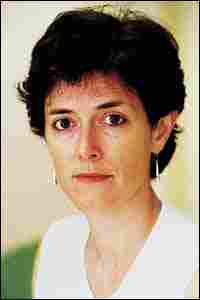 In her 2001 book In the Footsteps of Mr. Kurtz, journalist Michela Wrong examined the devastating rise of Zaire's President Mobutu Sese Seko.

Now, Wrong turns her attention to Eritrea for I Didn't Do it For You: How the World Betrayed a Small African Nation. She talks with Scott Simon about her cautionary tale about how disastrous interference of foreign powers has affected the war-torn nation.

Excerpt from Chapter One: The City Above the Clouds

'That thin air had a dream-like texture, matching the porcelainblue of the sky, with every breath and every glance he took in a deep anaesthetising tranquillity.'

Whenever I land in Asmara, a novel read in adolescence comes to mind. It tells the story of a small plane whose pilot turns hijacker. Crash-landing in a remote part of the Himalayas, he dies of his injuries before he can explain his bizarre actions to the dazed passengers. They emerge from the wreckage to be greeted by a wizened old monk, who leads them to a citadel hidden above the peaks, a secret city whose existence has never been recorded on any map. They are welcomed to Shangri-La, where, breathing the chill air that wafts from the glaciers and surveying the world from a tremendous height, they begin reassessing their lives with the same calm detachment and cosmic clarity as the monks. But as time goes by, they learn they must make a terrible choice. They can stay in Shangri-La and live forever, for their hosts have discovered something approaching the secret of eternal youth. Or they can plunge back into the hurly-burly of the life they knew and eventually die as ordinary mortals, grubbing around down on the plains.

Flying in from Cairo, where even during an early-morning stopover the air blasted radiator-hot through the open aircraft door, one always had the sense of landing in a capital locate where, by rights, it had no place to be.

Even in the satellite photos Eritrea, a knobbly elongated triangle lying atop Ethiopia, its giant neighbour to the south seems an inhospitable destination, a landscape still too raw for human habitation. The route the planes follow takes you over mile upon relentless mile of dun-coloured desolation, mach beautiful only by the turquoise fringe where sand meets sea' a beauty that you know would evaporate if ever you ventured down to sea level to brave the suffocating heat. A spray of islands, the Dahlak, show only the faintest dusting of green. The rolling coastal sands, which show up from outer space as a strip of pearly-pink, run from the port of Massawa north-west to the border of Sudan. To the southeast, where a long, thin finger of land points towards Djibouti, the rock turns a forbidding black. Volcanic lava flows have created a landscape grimmer than the surface of the moon. This is the infamous Danakil Depression, said to be the hottest place on earth, where summer temperatures touch heights feared by even the whippet-thin Afar tribesmen. Behind this flat coastal strip, the land billows up to form a magnificent escarpment, the ripples of hills deepening into jagged waves of dark rock, a giant crumple of mountain creased by empty ravines and bone-dry river beds. It is only in the triangle's western corner, where Eritrean territory juts and bulges into northern Ethiopia, that rivers -- the Gash and the Barka -- flow all year round. Here in the western lowlands, the gradient finally levels off, wrinkles smooth away and the arid sands cede to the deep green that spells rain, the shade of trees, the blessing of crops.

But it is not the bleakness, but the altitude that makes Asmara's location as improbable as that of Shangri-La. The Italians who colonized Eritrea at the tail end of the 19th century fled the stifling heat of the Red Sea by heading into the ether, up towards the kebessa, or central highlands. Coming in to land on the wide Hamasien plateau, there is none of the familiar routine of diving through a carpet of white fug to emerge in another, greyer reality. Defying the laws of gravity, planes bound for Asmara certainly go up, but to passengers aboard they barely seem to bother coming down. You hardly have time to register the neat concentric rings -- like worm's trails -- left by farmers' terracing, the rust-coloured plain, the long white scratches of roads, before the wheels hit the ground. At 7,600 ft -- a mile and a half high -- the capital lies at the same heady altitude as many of Europe's lower ski stations. The crisp mountain air is so thin, landing pilots must slam on their brakes and then keep them, shrieking, in place, to prevent their aircraft overshooting the tarmac. Take-offs seem to go on forever, as the accelerating plane lumbers down the tarmac in search of air resistance, finally achieving just enough friction for the rules of aerodynamics to kick in before it careers into the long grass.

Go to the edge of the escarpment, on the outskirts of town, and you will find yourself on the lip of an abyss. You are at eye level with eagles that launch themselves like suicides into the void, leaping into a blue haze into which mountain peaks, far-off valleys and distant sea all blur. At this altitude, only the most boisterous clouds succeed in rising high enough to drift over the city. Pinned down by gravity, they form instead a sulky cumulus eiderdown that barely shoulders the horizon. So for much of the year, the sky above Asmara is clear blue a delicate cornflower merging into a deep indigo that holds out the promise of outer space. In Western cities at night, the orange glow of street lamps washes out the stars ...

The foregoing is excerpted from I Didn't Do It for You by Michela Wrong. All rights reserved. No part of this book may be used or reproduced without written permission from HarperCollins Publishers, 10 East 53rd Street, New York, NY 10022 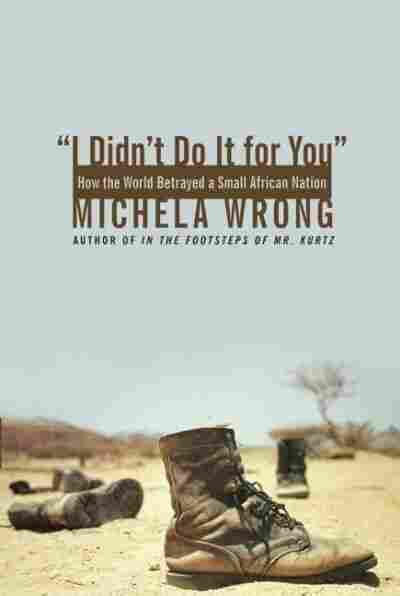 I Didn't Do It For You

How The World Betrayed A Small African Nation