Accessibility links
Phyllis Diller: Still Out for a Laugh At 88, Phyllis Diller has published a memoir, appears in the film The Aristocrats and has a documentary out about her retirement from stand-up comedy.

Listen
Phyllis Diller: Still Out for a Laugh 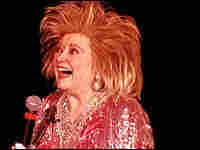 Diller onstage in her final performance at the Suncoast Hotel and Casino in Las Vegas, Nev. hide caption

'Goodnight, We Love You'

Scenes from the documentary 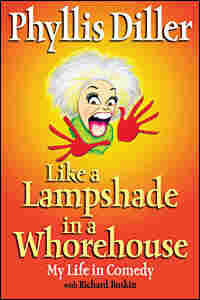 "Whatever you wanna do to get a laugh," Phyllis Diller tells Scott Simon, "if it works, do it. Well, short of taking your clothes off." Diller, known for her electrified-looking hairdos and loud, throaty laugh, has never been afraid to do what it takes for a laugh, whether it was ridiculing her own looks or making a joke out of her domestic life.

Though she retired from stand-up comedy in 2002, Diller has no shortage of new appearances or material. This year, she appears in The Aristocrats, a documentary about what is said to be the dirtiest joke of all time; she has a new memoir out, Like a Lampshade in a Whorehouse; and she is the subject of a documentary about her retirement, Goodnight, We Love You.

Diller talks with Simon about her career, her husband (who was not Fang, but seemed to embrace the moniker) and her life today. Though she now declines to perform because of the physical demands, she still spends a lot of her days answering mail and giving autographs. "I miss the show, but that's all I miss," she says.

Excerpt from Chapter Five: The Bottom of the Barrel

My own laugh is the real thing and I've had it all my life. My father used to call me the laughing hyena. Like a yawn or a mood, it's infectious, and that's a great plus for a comic, but I don't just turn it on like some of today's performers. In fact, during the early stages of my career it was a nervous laugh. I was scared out of my mind. The sweat ran down my back into my shoes and it was so strong with body acids that it ate the leather lining. That's what is known as flop sweat -- it doesn't mean you're flopping; you're just petrified -- and I had man-sized coat shields in my dress to try to absorb it.

Another thing I occasionally suffered from was the trots. Performers often get the trots on opening night, and that's what happened to me one time when I was opening for Anthony Newley back East. I made a dash for the john in the trailer we were sharing but I couldn't get in. How was I to know he always took a shower before the show? I'm telling you, this whole process wasn't easy. It would take me years to feel totally at home onstage. I'd have wonderful material and just ride that material. And besides, when you feel the love and approval of people who laugh and clap as soon as you walk on, there's no reason to sweat or lose control. These days I'm as cool as a cucumber...especially since I don't work.

I love to go to the doctor. Where else would a man look at me and say, "Take off your clothes"?

I never intended to be dirty, but a lot of people would read innuendo into what I said. For instance, when I'd impersonate supper-club entertainer Hildegarde singing "The Little Things You Used to Do," I'd sexily go all the way up the octave just repeating that line and comment, "He was a very small man." I wasn't referring to his privates, I was simply quipping that he was a small thinker, a shallow person, but a lot of people would hear that and say, "Oh boy, is she dirty." I wasn't aware of this at the time. I was so innocent that it took me years to learn that I was dirty. And early on, I purposely never watched other comedians perform because I didn't want to copy anyone.

I wanted to become me, totally me. The more me, the better. I instinctively knew this and I was right. My attitude, my material, and me—those were the components that distinguished me from the rest of the field right from the start. Everybody who walks onstage has an attitude, but whereas Mort Sahl had a superior and somewhat condescending attitude, my audiences recognized that with me they were only encountering mock hostility. I wanted to make them laugh, I wanted to make them happy. I had a spirit, baby, I was strong, and it was almost as if there was a field of light around me. When your whole body is electricity, you can use it, and I was able to capitalize on material that no one else had in their artillery.

For instance, everybody has always assumed that Sherwood was Fang -- even Sherry assumed that he was Fang, and he loved it. Oh honey, he wanted to be Fang! Years later, he'd receive a letter in St. Louis with no address listed, not even a town, just the name Fang, and he'd also have stationery with only a fang logo. He was in heaven. At last he had been endowed with the importance that he'd always wanted. Now he could go into a bar and say, "I'm Fang, do you wanna buy me a drink?" However, in my mind Sherry was definitely not Fang, and I made that very clear. Fang was just a mythical spouse, the first character that I developed, and forever my favorite. In his wake, I created numerous others, like his mother, Moby Dick, and sister, Captain Bligh.

Moby Dick's dress size is junior missile. We didn't have a sunken living room until she arrived. When she takes her girdle off, her feet disappear. Someday I'd like to slit that girdle open and watch her spread to death....Talk about old -- her social security number is 2! The only reason she wasn't on Noah's Ark was because they couldn't find another animal that looked like her....God, she's ugly! When she blew her nose downtown, the construction crew broke for lunch....You should hear her sing. She hit high C and spayed the dog....

This was my material, unique to me because it stemmed from my own life. Now that I realized I could create characters, I kept doing so, and this would continue right up until the end of my standup career. In fact, the last character I ever found -- and I could kick myself for finding her so late -- was my sexy sister:

It took the driving instructor two days to teach her how to sit up in a car....She was the original meter maid -- all you had to do was meet her, you got her made....She broke her ankle in a glove compartment....She spent more time with the team than the coach....She told me she wanted a white wedding; I told her, "You'd better pray for snow..."

The last thing I'd learn, well into my career, was how to get on, how to say hello, how to get in with the audience. God, I experimented with everything. The worst thing in the world is the amateur comic who asks, "Anybody here from Cleveland?" Oh, Jesus. "Are you having a good time?" How do they know if they're having a good time? They've only just arrived. That's a cheap way to get a reaction, and it's also the worst possible move, creating an opening for the audience to talk. If they take control with that question you'll never get it back. And besides, how dare you come out and ask them a question? You're supposed to be giving a show and it should start with some form of hello. It was at New York's Bon Soir nightclub during the early sixties that the comic Charlie Manna gave me the greatest advice about how to get on: quickly tell five of your hottest jokes and then run with them. Get the audience laughing for real, don't make it a phony deal.

From Like a Lampshade in a Whorehouse by Phyllis Diller, excerpted with permission from the publisher.

'Goodnight, We Love You' 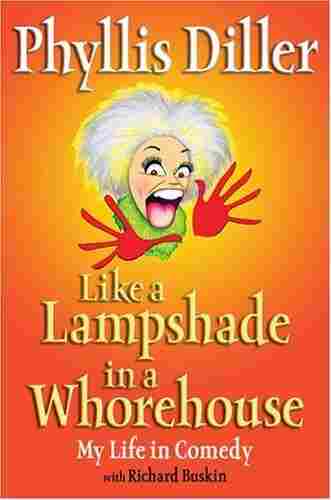 My Life In Comedy

by Phyllis Diller and Richard Buskin