Bakari Kitwana is a culture critic who's been tracking American hip hop for years. He's the author of Why White Kids Love Hip Hop: Wangstas, Wiggers, Wannabes, and the New Reality of Race in America.

I'm Ed Gordon, and this is NEWS & NOTES.

Remember when mainstream music critics suggested that hip-hop would be a passing fad? Well, back in the day, a few cultural observers understood that hip-hop would become the dominant form of expression for young people of every color. NPR's Farai Chideya talks with one writer who's always taken hip-hop seriously.

Bakari Kitwana is author of "The Hip Hop Generation" and former executive editor of The Source, a magazine that was created to cover hip-hop and its culture. He's back with his latest book, "Why White Kids Love Hip Hop."

CHIDEYA: So in your first book, "The Hip Hop Generation," you defined a group of African Americans born between 1965 and 1984. Now you're back to tell us it's not just a black thing?

Mr. KITWANA: Absolutely. I wanted to begin with "The Hip Hop Generation" as a book about young African Americans born after the civil rights movement. There was a lot of criticism from people who are in the hip-hop that I defined in "The Hip Hop Generation" as African-American. I don't have a problem with it, but some people did. I think it's important that African-Americans take claim for what they create, and so that's what I was trying to do in that book. This book kind of tries to take the conversation a little bit further to talk about the vast majority of Americans that hip-hop is influencing, including young white Americans.

CHIDEYA: So let's talk about your new book. It's titled "Why White Kids Love Hip Hop: Wangstas, Wiggers, Wannabes and the New Reality of Race In America." Now what are wangstas, wiggers and wanna-bes?

Mr. KITWANA: A wangsta is a term that--I mean, it was popularized by 50 Cent. Basically it means someone who's a fake gangster. And this came to mind as I wrote the chapter on film, particularly the film "Malibu's Most Wanted," where you have this guy who grew up in Malibu who is taking on all of the personifications of hip-hop.

Wanna-bes is a term long in the African-American community for people pretending or they're aspiring to be something that they're not.

CHIDEYA: Well, let me bring out a quote. You quote in the book Billy Wimsatt. He's a white author and activist. He wrote a book called "Bomb the Suburbs." And he said, quote, "I'm horrified by the aspect of the white hip-hop thing where you can be a white hard-core underground hip-hop kid in, say, Minnesota and not know a single black person," end quote. Bakari, are you horrified?

Mr. KITWANA: I think not really. There is an aspect of what Billy's saying that I think it's important, because I think it starts to point at the complexity of this conversation. There was a time, I'd say, five years ago where that type of person that Billy is describing was not someone who was into hip-hop in a way that it was dangerous.

Unidentified Singer #1: Did you take your meds today?

Unidentified Singer #2: Twenty milligrams worth, but I'm still so amped, I could kill a damn verse.

Mr. KITWANA: I think that now we have something different going on in the underground where there is a young white audience being nurtured that prefers white hip-hop artists and thinks that they're smarter and think that they're better than artists by nature of the fact that they're white and their material is more complex and the black artists aren't as deep as them, and, you know, you hear people saying, you know, that artists like Aesop Rock are better hip-hop artists than people like Jay-Z.

Unidentified Singer #3: Well, do you mind if I look around the car a little bit?

Unidentified Singer #4: Well, my glove compartment is locked, so is the trunk in the back, and I know my rights, so you gonna need a warrant for that.

Mr. KITWANA: And, you know, I take issue with that, but I also think that we're starting to move into a territory where the old racial politics are being imposed on another generation of young people, and this is one of the problems that we have in society, and it's something that I try to deal with in this book.

CHIDEYA: What do you see ahead for hip-hop in terms of building racial coalitions?

Mr. KITWANA: I think that there is great possibilities. The organization that Billy Wimsatt and Kyle Stewart created, The League of Pissed off Voters, I think is one of the most progressive groups that's working across race. They are creating a space for young white kids who are into hip-hop and who are political to get involved in the hip-hop political movement. If you look at the concert industry, there was a time in hip-hop where in terms of concerts, young white kids--you didn't see them at concerts because it wasn't a safe place for young white kids to be. I think that the possibilities are there. I think that we saw a lot of progress in '04 with groups like The League of Pissed off Voters, the Young Voter Alliance and other organizations that worked across race, and I think we're going to see more in the future.

CHIDEYA: All right. We'll leave it there. Bakari Kitwana is the author of "Why White Kids Love Hip Hop: Wangstas, Wiggers, Wannabes and the New Reality of Race In America." 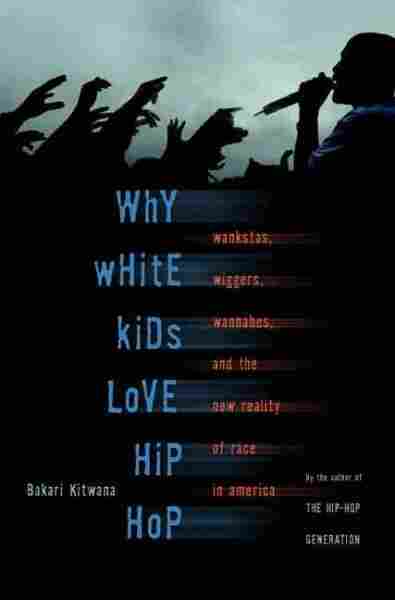 Wangstas, Wiggers, Wannabes, And The New Reality Of Race In America