Ben Trokan and Steve Mercado are the founding members and driving force behind Robbers on High Street, a pop band that has drawn comparisons to some of rock 'n' roll's most memorable acts. 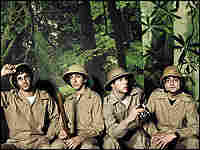 Their CD and their live performances are actually drawing comparisons to the Strokes and the White Stripes, among others. hide caption 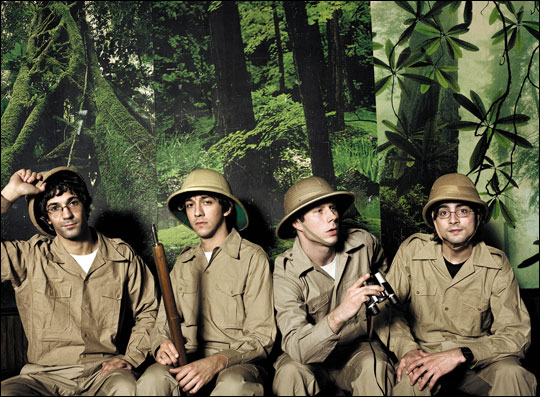 Their CD and their live performances are actually drawing comparisons to the Strokes and the White Stripes, among others.

Tree City is the title of their first full-length CD.

Trokan and Mercado both come from Poughkeepsie, N.Y., and moved the band to Manhattan a few years back. As writers, they have drawn inspiration from the New York City subway. Trokan says he wrote the CD's first tune, "Spanish Teeth," after an embarrassing incident on a crowded train at rush hour.

"I had to elbow my way in, and there was a woman already on the train in the middle of a fight with her boyfriend," he recalls. "When I bumped into her, she just started chewing me out in front of all these people."

Another song on the album, "Hudson Tubes," satirizes the mating rituals of subway riders.

And the album name? That's in honor of their hometown and other "tree cities," which participate in The National Arbor Day Foundation's Tree City USA program.