Alan Cheuse reviews No Country for Old Men, by Cormac McCarthy. The novel opens up the world of a murderous sociopath in the desert straddling the Texas-Mexico border.

Writer Cormac McCarthy has a new book out, the first since the completion of his border trilogy. Alan Cheuse has a review of "No Country for Old Men."

Like the novels in the border trilogy, this story straddles the Texas-Mexico line and its still extraordinary, beautiful desert as one of McCarthy's characters, a meditative sheriff named Bell, sees it: `The raw rock mountain, shadowed in the late sun, and to the east the shimmering abscissa of the desert plains under a sky where rain curtains hung dark as soot all along the quadrant.'

But the meditative opening sequence from the point of view of Sheriff Bell hints more at hopelessness than hope. Looming large in the first scene is a murderous sociopath named Anton Chigurh, a killer for hire without a conscience, who's turned himself in to a sheriff's department just to see if he can make his escape. Within a page, Chigurh runs loose in the world once again. In the days, weeks and months that follow, murder leads to murder, the innocent pulled in along with the more than guilty and many in between.

McCarthy in his previous blood-steeped books seemed himself to follow no rule but tell a good story, making beautiful prose however violent and terrifying. With this new book he's broadened his vision. `Hell is other people,' Jean-Paul Sartre had a character announce in his play "No Exit." When you hear Sheriff Bell meditate on his own life, you realize that heaven is other people, too.

NORRIS: The book is "No Country for Old Men" by Cormac McCarthy. Our reviewer, Alan Cheuse, teaches writing at George Mason University in Fairfax, Virginia. 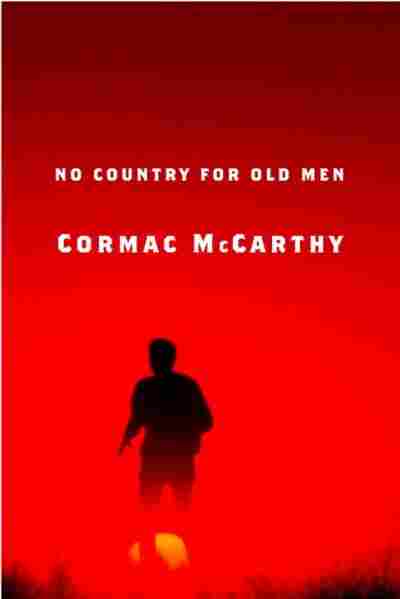