Accessibility links
'The Wreckers' Sails into Dark Historical Territory More than 30,000 shipwrecks line the coast of Britain, and plundering those ships was a way of life for many living on the coast. Bella Bathurst tells the story of coastal scavengers in The Wreckers. 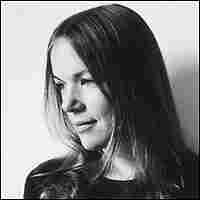 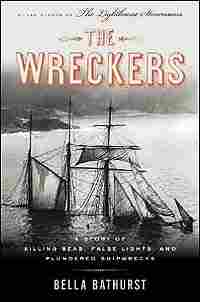 The book is subtitled: "A Story of Killing Seas, False Lights, and Plundered Shipwrecks." hide caption

More than 30,000 shipwrecks line the coast of Britain. As Bella Bathurst details in her book The Wreckers, plundering those ships... and worse... has long been a way of life for the inhabitants of Britain's coast.

Read an excerpt from The Wreckers:

There are plenty of good social, historical, and economic explanations for wrecking, but nothing will ever really explain its metaphysical causes. The wreckers have always occupied a no-man's-land somewhere between water and earth, and through all the 2,000 years' worth of legislation, they have persisted in the belief that they have an absolute right to anything off an abandoned vessel.

It never seemed to matter whether the wreck had taken two years of international travel through the seas to arrive on their beach, or whether it arrived yesterday stamped with an identifiable mark from an identifiable owner on an identifiable ship. The wreckers would probably argue that they just made the best of what came their way, but they were also taking advantage of a subtler transformation. The sea does not sort objects according to weight or value, but by whether they float or not. Once stripped of context and immersed, those objects have also cast off their former identities and become something else. Add poverty and remoteness to the equation, and it is not really surprising that the wreckers thought as they did. They wrecked for the same reasons that Mallory climbed Everest; because it was there. They wrecked because they were poor, because they lived on the coasts, and because a ship on the rocks was irresistible during a Shetlandic winter or a Hebridean famine. In the more remote parts of Britain they wrecked because they had to. Treeless islands such as Tiree or Barra saw wrecks and jettisoned deck cargo as a kind of divine hardware store, providing them (albeit erratically, and at high rates of interest) with fence posts, joists, rafters, floorboards, and boat hulls. Families who lived along the main coastal trading routes would find their only luxuries -- silk for a dress, china for the kitchen, tools for the farm -- laid out for them on the rocks and reefs of an inhospitable coast. Whatever washed up on a beach was considered 'the sea's bounty', God's gift to the borderliners -- even if God at times appeared to be a present-giver who insisted on disinfecting all his gifts with saltwater first.

There were other, more subtle temptations to wrecking other than mere necessity. Anyone who breaks into someone's house or flat with intent to steal from it will be confronted by a thousand tokens of possession and identity. But anyone who breaks into a container vessel is confronted by a mass of anonymous objects. Their endless replication makes them seem impersonal, and their homelessness makes them seem unwanted. The ship and its contents are en route from one country to another; from manufacturer to retailer, from retailer to customer, from customer to landfill site. Unless the wrecker steals up to the captain's cabin and pilfers a watch or a wallet, he is probably not going to be confronted by any discomfiting signs of ownership or with the victim of his crime. If something evidently belongs not to an individual but to an organization or a group, then -- so the thinking goes -- it does not really belong to anyone at all. Finding a container-load of cotton shirts, stamped with their brand and still sealed in plastic packts, is somehow not the same as finding a suitcase filled with someone's old clothes. In the first instance, so the thinking goes, the company probably produces thousands of shirts a day, is insured, and will regard the loss of a few short-sleeves as -- quite literally -- a drop in the ocean. It's business, not personal. But in the second instance, those clothes belong to someone. Someone who does mind, and who probably doesn't have insurance, and who would definitely take exception to seeing their best coat on the back of a beachcombing thief. In law, there is no difference between the collective and the individual. But in the mind of the wrecker, there most definitely is.

Besides, who exactly is a wrecker? Just for a minute sit back and consider yourself. Let's just say that you live in a place where unbidden gifts arrive on your doorstep at night, and from time to time deliveries of firewood or timber appear unpostmarked near your home. Once in a while, you and the dog go out for a walk to find precisely the thing you need laid by the side of the path -- a fence post of just the right side, a crate of untouched oranges. Whoever -- or whatever -- put them there has vanished, and you can be sure they're not coming back. Sometimes this silent deliverer of gifts, who expects no remuneration and asks for no thanks, does wonderful things: provides exactly the right roving material for your house, a bolt of undamaged canvas, even an unsolicited crate of vintage port. You know that such items are unclaimed, and that unless you take them, they will remain so. No one will see you find it, no one will know you have it, and no one will ever challenge your right to it. By taking it, you will not be stealing it, you will be salvaging it. And you know salvage is as legal as breathing.

Then you discover that, with a little extra effort, you will be able to reach right in to the source of these gifts, to go further and deeper than everyone else, to pluck out items which would otherwise be lost. With the aid of a boat, you can get right down into the half-sodden hold to rescue items otherwise destined to rot with time. You know that the source of these gifts will itself provide all sorts of extras: raw materials, tools, vital supplies. With the help of some wire cutters and an axe, you can liberate any amount of fabulous riches. You need feel no guilt, because if you do not act, then you are storing up problems for everyone, contributing to ecological disaster, degrading your pristine piece of sea for years to come. The local authorities know this too, and would actively encourage you to get out there and start picking things off. You imagine that the ultimate owners of all this free booty live in a far-off country, and that they do not care about this. If you don’t do something about it now, then they will just spend three years arguing over how to avoid dealing with any of it, by which time every last piece will have gone to waste. If you step back and think about it for a minute, you know that all of this represents a kind of divine justice, the sea playing Robin Hood.

And then time passes, and another winter comes. You sit huddled at home through months of gales, punished by the cold northern darkness or incessant Cornish rain. There was a bad harvest last year and some of your livestock died. It rains so hard that water pours in through the roof, spoiling what is left of your stores and rendering every possession spongy to the touch. There’s a death in the family and rumours of redundancies at the area's main employer. Just when you think you can take it no more, when there's nothing in the larder and you're down to rationing soap, you hear on the grapevine that something is coming your way. A ship approaching local waters, laden with everything you need and might wish for: tractors, timber, alcohol, seeds, tobacco. If you do nothing, then that ship will pass by on its way to an undeserving destination, and you and your equally hard-pressed neighbors will just have to watch it vanish. All it would take is something very minor -- a small incentive to the local pilot, the unexpected failure of the nearby foghorn or radio beacon. Nothing one could really call sabotage; just anticipated winter damage. And one bright morning after a particularly severe storm, there on the beach is everything you prayed for laid up on the sand. The ship itself has vanished and there's no sign of the crew, but you feel sure -- or as sure as one can be -- that someone else will probably have rescued them. And as you cart off the wood and make free with the drink, you can only thank God and the fates for hearing your prayers.

It is possible. It happened, and will doubtless happen again. But would you also choose to remember, as you piled your house high, that wrecking is not a victimless crime, and that every gold coin lying unclaimed at the bottom of the ocean was paid for with the bones of ten men dead?

From THE WRECKERS: A Story of Killing Seas and Plundered Shipwrecks, From the 18th Century to the Present Day, by Bella Bathurst. Reprinted by permission from Houghton Mifflin Company.