Accessibility links
John Sacret Young and the 'Remains' of Vietnam After his young cousin died in Vietnam, John Sacret Young went on to produce the TV series China Beach. Now he is writing about the war's effect on his family. His book is called Remains: Non-Viewable.

Listen
John Sacret Young and the 'Remains' of Vietnam

After his young cousin died in Vietnam, John Sacret Young went on to produce the TV series China Beach. Now he is writing about the war's effect on his family. His book is called Remains: Non-Viewable. 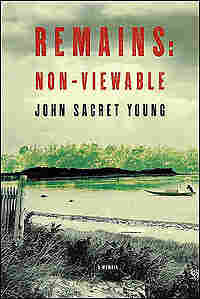 'China Beach' producer John Sacret Young returns to tell a different Vietnam story in a book about the war's impact on his family. Farrar, Straus and Giroux hide caption

The week before Christmas in 1969, John Sacret Young learned that his first cousin, Doug, had been killed in Vietnam. John Sacret Young would go on to become a co-creator, writer and producer of "China Beach," the 1980s TV series about Vietnam. And he has now published a memoir called "Remains Non-Viewable." It's the story of John and Doug's friendship and how the tragedy of Doug's death affected the relationship between John and his parents, as well as with John's uncle George, Doug's father. John Sacret Young joins us from the studios of KEMC in Billings, Montana.

Thanks a lot for your time.

HANSEN: First of all, obvious question: Explain the title of your book.

Mr. YOUNG: When those who died came back from Vietnam, they were classified in two ways--it's a little different now--and it was `remains viewable' or `remains non-viewable.' If remains were non-viewable, it meant that--the suggestion was that the casket not be opened because the person who had died was obviously not presentable. And in the case of Doug, the remains were viewable, but I come from a New England family, where silence was nirvana and that, in a way, once this happened, Christmas 1969, the goal was to not talk about it again; that is, it'd come, it had happened, it was over, done, and that was that. And I think, a little bit symbolically, that that was sort of our experience in Vietnam--was that we looked at that war after it was over and said, `Remains non-viewable.'

HANSEN: You and your cousin were very close in age, and you were really thick as thieves as kids growing up on the coast of Massachusetts. How is it that he went to serve in Vietnam?

Mr. YOUNG: Well, I had--my dad was one of 10 kids, and I had 22 first cousins on just that side of the family. And so Doug and I spent--especially in the summers were together, and whether it was sailing or tennis--and, of course, my father and my uncle, his dad, were fanatic golfers, so that was part of our life, either caddying or hearing stories about the sand trap on the eighth hole. But I think he was looking to rebel against his family--that's the age he was; to kind of get out of the strictures of his father; to go on his own adventure. And I think, in his innocence, he let himself be drafted, and he went--I've often thought that he was sort of Huck Finn getting on the wrong Mississippi.

HANSEN: Were there arguments about the war in your family?

Mr. YOUNG: Again, New England--silence. The father and son, the adolescent, disagreements, were about the competition on the tennis court, or they were eventually about alcohol, I think, in terms of, you know, fighting against, in my case, my father's drinking and struggling to deal with that and just the general rebellion. It wasn't only focused on Vietnam or on the politics of the time, though if that came up, it was clear--I grew up in a Republican family. My father eventually would say, you know, `You don't know what you're talking about.' Whether we were talking about nuclear power 'cause he worked for a utility company, whether we were talking about politics, it was, `You don't know what you're talking about. What's up with you? Where are you going? What's--you got lost. What--you know, get a haircut.'

Mr. YOUNG: Doug's death may have been a step, but it wasn't the cause, and it wasn't the cause of our eruption between us. It was just one more event in a family tapestry in that sense. But what it did reflect, I think, is where my uncle and Doug were at the time, which was at loose ends. My uncle had written a letter to Doug in Vietnam, and it had never been mailed. And I don't know whether he never mailed it 'cause he was afraid he was revealing too much, whether he didn't think he had said the right thing. But what an awful thing to recognize--that's sitting on your desk when your son is killed--is the first and only letter that you've written to him, and you never mailed it.

HANSEN: How did your relationship change with your uncle?

Mr. YOUNG: Well, we maintained--he was, in some ways, a smiling 6'5" extraordinary athlete, a kind of raconteur, the one who could make us laugh, who could tell stories. And I think he had an enormous capacity to block the consequences or his own grief.

HANSEN: So it wasn't a matter of maybe sometimes him seeing you and being always reminded of his dead son?

Mr. YOUNG: Not verbally. Not verbally. That doesn't mean it wasn't there. Twice I saw his--a man of such seemingly imperturbable demeanor, you know, cut loose with it, just vicious anger. But, by and large, this was a guy who seemed to have everything in control. And there were a couple of crucial moments in our lives when his suggestion, his solution maybe, to the kind of emotion and strength of feeling and even heartbreak that was going to come out was, of course, `Let's go drive golf balls.' And we can mock that, but, in fact, it caught us all up and took us away from just the darkness.

HANSEN: You write in the book--you talk a little bit about "Memoir." You mention Lillian Hellman and Pentimento and, you know, how you make stuff up sometimes and call it memoir. Was it hard to stay real with this? Often we memorialize the dead by making them more noble than perhaps they were. Was that a problem for you?

Mr. YOUNG: It's funny, I--Joseph Mitchell wrote something about--that he wasn't interested in facts; he was interested in truth. And there is no doubt that we--that the vagaries of memory--that memory is a mysterious, wily fellow and that we make up our lives in ways that help us or that block us or that help us survive. For example, when my brother read the manuscript, he said, `Wow, it's really good. But, of course, that's not what happened.' But that's true of any large family, maybe any family. You know, it's--in my family, just deciding how to get from one place to another--you know, directions to this place, `What's the best way to get from here to there?' that could be 40 minutes of discussion. So that--it's not surprising, the rashomon sense of having the same experience and yet taking something different from it.

HANSEN: So by writing the book--and now it's published, and people are out there reading it--do you think your own demons maybe, your own ghosts, have been exercised?

Mr. YOUNG: I think this chapter is complete. I'm glad I've written it. It's gone in a way. But the question itself you can hear is--sort of hangs me up, which makes me think probably there's always more there.

HANSEN: John Sacret Young. His memoir, "Remains Non-Viewable," is published by Farrar, Straus & Giroux. He joined us from the studios of KEMC in Billings, Montana.

Thank you so much.

Mr. YOUNG: You're welcome. Thank you. 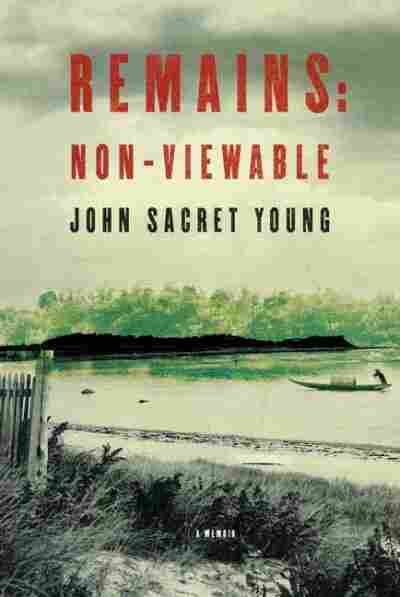