Accessibility links
Big Churches Use Technology to Branch Out Some U.S. congregations have grown so large that they could pass for small cities. But some mega-churches are trying to reverse the trend by creating smaller satellite campuses, aided by video technology.

Listen
Big Churches Use Technology to Branch Out 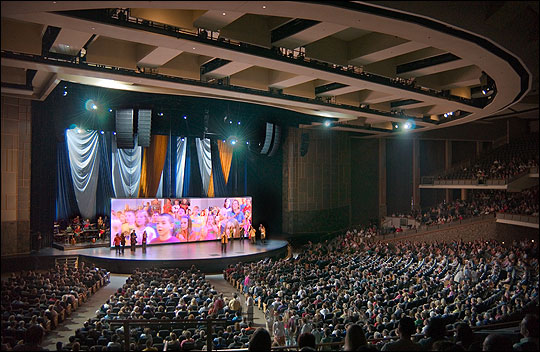 A service in the new auditorium at Willow Creek. 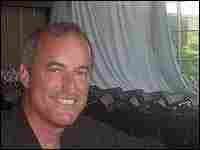 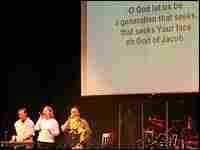 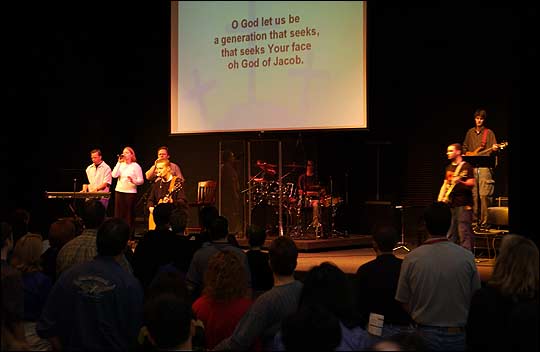 A celebration service at Community Christian Church outside Chicago. 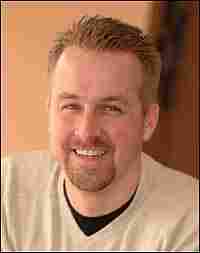 Some American congregations have grown so large in recent years that they could pass for small cities. This summer, for instance, Lakewood Church in Houston took over a 17,000-seat arena that once housed the Houston Rockets of the National Basketball Association.

Now some mega-churches are trying to reverse the trend by creating smaller satellite "campuses." Among them is Willow Creek Community Church, outside Chicago, where Rev. Jim Tomberlin serves as regional pastor.

"It's our desire to be a local neighborhood church again," he tells Jennifer Ludden. And Willow Creek is doing that with video technology, with pre-recorded sermons on DVD and elaborate simulcasts on video screens.

Willow Creek has become proficient enough with the technology to teach other churches how to use it, through the Willow Creek Association, which has thousands of member churches.

Community Christian Church of Chicago belongs to the Willow Creek Association. Community Christian has a variety of far-flung affiliates, and at a Tuesday video conference, representatives from several cities get together to discuss what should be in an upcoming service. Clips from popular TV shows will be wrapped into the production, and a song from the rock band Green Day could also make the cut.

In the Chicago area, the final result will be taped Saturday evening, copied to DVD, then hand delivered in time for Sunday service.

Rev. Dave Ferguson, a founding pastor at Community Christian, is a leader in pushing for multi-site ministries, saying it's a way for a church to be both large and small.

It's a trend that seems likely to continue. John Vaughn, who publishes a magazine called Church Growth Today, says thousands of churches are now expanding into multiple locations... as many as two percent of all U.S. churches.

But some congregations have been there and done that. Dr. David Bouler, senior pastor at Highland Park Baptist Church in Chattanooga, Tenn., says his church started developing multiple ministries in 1942, and by 1970, had 70 off-campus sites. But in the past 14 years, Highland Park Baptist has let go of 37 satellite churches.

"We were so large that the people would go to the chapel service, but there was no sense of responsibility for their local church or their local community," Bouler says. "And as we evaluated it, we noticed if we gave them responsibility along with owning the church and the property and accountability for it, there was a greater interest in evangelizing that local community in which that chapel was located."

This story was produced by Petra Mayer.