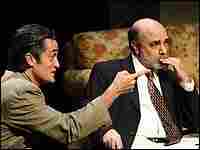 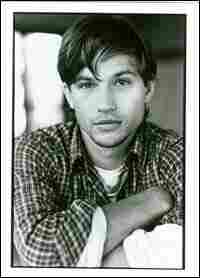 An apprentice in 2001, Logan Marshall-Green is back this year to star in the festival's production of 'Bus Stop.' hide caption 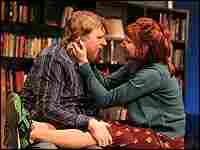 The prestigious Williamstown Theatre Festival is in full swing in the Berkshire Mountains of Massachusetts. In addition to world class professional performances, the festival also features an apprentice program that's been called "theater boot camp." For ten weeks, the apprentices do everything from building sets to mopping the stage... and they pay $3,000 apiece for the privilege.

Acting is a tough way to make a living, but the apprentice program has its success stories to trumpet: Gwyneth Paltrow, Sigourney Weaver and the late Christopher Reeve all did apprenticeships at Williamstown.

The new blood continues, and not just on stage. Roger Rees, Williamstown's new artistic director, is an actor with dozens of stage, film and television credits (including Cheers and The West Wing.) He's a former apprentice himself... but not at Williamstown. Rees and actor Ben Kingsley spent four years together as apprentices at England's Royal Shakespeare Company.

One relative newcomer for whom the Williamstown experience seems to be paying off is Logan Marshall Green. At 26, he's returned to the scene of his apprenticeship to star in this year's production of William Inge's Bus Stop.

"Even when you're on top of the world it gets harder," Green says. "Because what goes up must come down and I had to learn that the career of an actor is not when you're working."