Accessibility links
A Balance Between Nature and Nurture In the debate between nature and nurture, journalist and social activist Gloria Steinem believes we are asking the wrong question. She says we are an unpredictable mix of both, a mix that creates endless possibilities for a better future.

Listen
A Balance Between Nature and Nurture

Is it nature or is it nurture, heredity or society? In that great debate of our time, conservatives lean toward the former and liberals toward the latter. 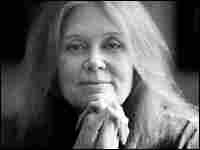 Gloria Steinem is a journalist and social activist in the feminist, peace and civil rights movements. A fellowship to India in the late 1950s inspired her to fight for the rights of women and the poor. Steinem founded Ms. Magazine in 1972, and is the author of four books.

I believe both are asking the wrong question. I believe it's nature and nurture, and this is why.

I didn't go to school until I was 12 or so. My parents thought that traveling in a house trailer was as enlightening as sitting in a classroom, so I escaped being taught some of the typical lessons of my generation: for instance, that this country was "discovered" when the first white man set foot on it, that boys and girls were practically different species, that Europe deserved more textbook space than Africa and Asia combined.

Instead, I grew up seeing with my own eyes, following my curiosity, falling in love with books, and growing up mostly around grown-ups -- which, except for the books, was the way kids were raised for most of human history.

Needless to say, school hit me like a ton of bricks. I wasn't prepared for gender obsessions, race and class complexities, or the new-to-me idea that war and male leadership were part of human nature. Soon, I gave in and became an adolescent hoping for approval and trying to conform. It was a stage that lasted through college.

I owe the beginnings of re-birth to living in India for a couple of years where I fell in with a group of Gandhians, and then I came to the Kennedys, the civil rights movement and protests against the war in Vietnam.

But most women, me included, stayed in our traditional places until we began to gather, listen to each other's stories and learn from shared experience. Soon, a national and international feminist movement was challenging the idea that what happened to men was political, but what happened to women was cultural -- that the first could be changed but the second could not.

I had the feeling of coming home, of awakening from an inauthentic life. It wasn't as if I thought my self-authority was more important than external authority, but it wasn't less important either. We are both communal and uniquely ourselves, not either-or.

Since then, I've spent decades listening to kids before and after social roles hit. Faced with some inequality, the younger ones say, "It's not fair!" It's as if there were some primordial expectation of empathy and cooperation that helps the species survive. But by the time kids are teenagers, social pressures have either nourished or starved this expectation. I suspect that their natural cry for fairness -- or any whisper of it that survives -- is the root from which social justice movements grow.

So I no longer believe the conservative message that children are naturally selfish and destructive creatures who need civilizing by hierarchies or painful controls. On the contrary, I believe that hierarchy and painful controls create destructive people. And I no longer believe the liberal message that children are blank slates on which society can write anything. On the contrary, I believe that a unique core self is born into every human being -- the result of millennia of environment and heredity combined in an unpredictable way that could never happen before or again.

I believe we have no idea what might be possible on this "Space Ship Earth."