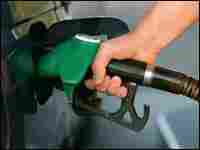 The Bush administration has announced new fuel economy standards for minivans, light trucks and small sport utility vehicles. The new rules would require automakers to increase mileage per gallon for those vehicles by about 8 percent starting in 2008, with full compliance by 2011.

Under the proposal, current rules governing light trucks would be displaced by six separate categories for the vehicles, based on size. Each category would have its own fuel economy standards. The smallest vehicles would be required to get better gas mileage than larger trucks.

Light trucks -- including minivans, SUVs and pickups -- accounted for nearly 60 percent of all new vehicles purchased in the United States in 2004.

At a Glance: Proposed Fuel Standards

Currently, all minivans, pickups and SUVs must get 21.6 mpg. Changes under the new plan include:

Light Trucks -- Standards set in 2002 require light trucks to meet a target of 22.2 mpg for the 2007 model year. The new proposal would raise the standard to 28.4 mpg for the smallest light trucks in 2011 -- a category that includes vehicles such as Subaru's Outback.

Largest-sized trucks -- Standards for vehicles in this category, such as the Dodge Ram, would drop to 21.3 mpg.

The largest U.S. vehicles, such as GM's Hummer H2, would continue to be exempt from Corporate Average Fuel Economy (CAFE) targets.

The proposal does not affect passenger cars, which must currently meet an average fuel economy standard of 27.5 miles a gallon.

Critics say the plan doesn't go far enough. David Freedman, research director for the clean vehicles program at the Union of Concerned Scientists, says that, according to information released so far, the proposal would increase fuel economy by less than .5 mpg a year through 2011.