Accessibility links
50 Years Later, 'Lolita' Still Seduces Readers When Lolita was first published 50 years ago, it was considered by some to be obscene, to others a masterpiece of ficition. But more than 50 million copies later, the book and its beautiful, tragic prose continues to lure new generations of readers. 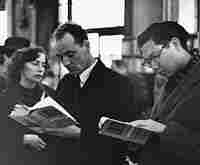 Customers in a London bookstore with copies of Lolita after its 1959 release in Great Britain. Hulton-Deutsch Collection/CORBIS hide caption 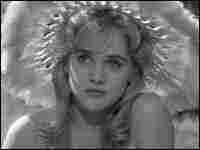 Sue Lyon as the title character in Stanley Kubrick's 1961 film version of Lolita, with a screenplay written by Nabokov. Warner Bros. hide caption 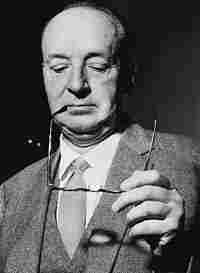 Vladimir Nabokov in Rome in 1959, after Lolita made him an international celebrity. Hulton-Deutsch Collection/CORBIS hide caption

That's the opening line of Vladimir Nabokov's groundbreaking novel Lolita -- the story of a 37-year-old man's emotional and sexual love affair with a 12-year-old girl.

It begins: 'Lolita, light of my life, fire of my loins.'

When the book was first published 50 years ago, it was considered by some to be obscene, to others a masterpiece of fiction. Over the course of five decades, the "masterpiece" vote has won out, more or less -- but even two generations later, there's still a lot of debate.

Fans of the book say the racy nature of the plot is secondary to the true art of the words. It's written in the voice of a man driven to murder by his urge to love and control the young girl. Nabokov's prose alone can seduce readers into seeing the man's otherwise outrageous and criminal point of view.

Nabokov, who fled persecution in Russia and in Nazi Europe, was a professor of Russian literature at Cornell University in Ithaca, N.Y. when he wrote Lolita, and many of the places described in the book are easily recognizable by residents today.

The author did a tremendous amount of research to get the details of American life right. "He would do things like travel on the buses around Ithaca and record phrases, in a little notebook, from young girls that he heard coming back from school," says Nabokov biographer Brian Boyd.

The germ of Lolita was created in 1939 -- a short story, in Russian, about a man who marries a woman to get to her daughter. It was not well received, but the idea never left him. A decade later, Nabokov took up the story again in America. And again, some of his friends were horrified.

The book was rejected by five American publishers, who feared they'd be prosecuted on obscenity charges. It was first published in France by Olympia Press, which put out some serious books -- and lots of pornography.

Nabokov didn't know that -- he was just relieved someone agreed to publish his book. And so Lolita debuted, clad in a plain green cover, in Paris, on Sept. 15, 1955. It was published in America three years later and was an immediate hit.

Within a year after the U.S. debut of Lolita, Nabokov left Cornell. He had earned enough money from the book that he could afford to stop teaching and write full-time, and he spent the rest of his life in Montreux, Switzerland. Lolita has so far sold 50 million copies; it has been translated into dozens of languages. 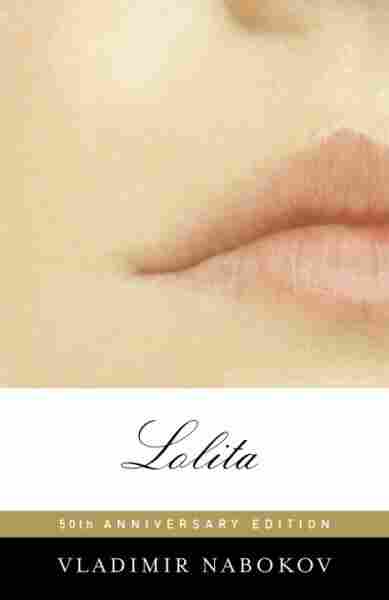