Eliza Gilkyson wrote "Requiem" as a song of grief following the Asian tsunami in December. Now, after Hurricane Katrina's devastation of the Gulf Coast region, this song is finding its way to listeners and can be a song of prayer and comfort. 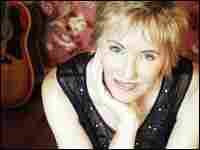 The singer-songwriter explains how "Requiem," from her album Paradise Hotel, became a "vehicle for grieving."

Eliza Gilkyson on the Web